Transcending Your Fear Using Courage and Boldness
By David Hamilton 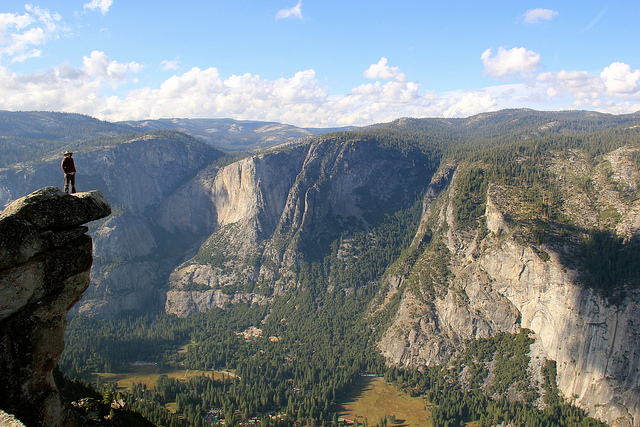 “Courage is not the absence of fear, but rather the judgment that something else is more important than fear” ~Ambrose Redmoon

I hear the words courage and boldness thrown around a lot in the self-growth world, often as the same thing.

Or that the notion of true courage and boldness only looks like this big, huge, daring action, like a hero out of a movie lunging into a fearful situation.

Courage and boldness always confused me and I thought they were pretty much the same thing.

But once I learned the difference between them, I was able to have this warrior team to help me create better life for myself, on my journey to becoming a more fulfilled, self-actualized human being.

After many years of trial and error, I realized the use of boldness and courage doesn’t need to look like some action movie hero. Though the great thing is, it can feel like I am a superhero on the inside.

I believe the same goes for you, if you want to access more boldness and courage in your life.

Let’s begin with fear, because without the concept of fear there would be no need for boldness or courage.

I discovered that fear can be an enemy or an ally, and it’s our choice. A common interpretation of fear is that it is bad, that we must make it go away, because we blame it for stopping us.

I’m with the Buddhists on this one in that if we resist fear then we make it our enemy, and that’s a battle we’ll never win.

We will never be able to access courage and boldness in a powerful way, so we can win the war on fear by not trying to battle it directly.

For many years I tried very hard to defeat fear, to purge my body of it, to cleanse my mind of it, all to no avail. Fear of more responsibility, fear of getting hurt in relationships, fear of just about anything.

I’ve used guided meditations to attempt to eliminate fear, worked with NLP specialists and hypnotherapists to kill my fear, tried telling myself with affirmations that I am fearless and totally confident, used emotional freedom technique—the list goes on and on.

And guess what? Fear is still there. It’s not going anywhere for me.

Maybe you can find a way to remove fear, but I’ve given up on that route.

So what can we do if we can’t kill fear itself, knowing that fear gets in the way, and can stop us from being or having what we want to be?

It’s a strange paradox, but by being more accepting of fear, I’ve found it makes our access to courage and boldness stronger.

That way we become fearless by not letting fear control us, by shifting our connection with it, but without getting rid of it.

I say that by choosing to be bold and courageous, we actually are accepting fear right then and there.

Bottom line on fear: Let’s expect fear to show up when we’re going for something bigger in life or that we are uncertain about, then there will be no surprises.

When it comes to stepping out of our comfort zone, to do something like go skydiving, or give our first speech in front of a group of 100 people, we know that our fear most likely will show up.

It doesn’t mean that fear won’t reduce in time in particular situations i.e. asking someone out on a date you really like, or having a conversation with your boss about how it’s time for a raise.

For instance, did you know that a large majority of public speakers are afraid before they go on?

Yep, that includes the super-pros.

This is a clear example of how we can be bigger than our fear, they we can behave beyond it, and that fear shows up even for the best of the best that we might deem “truly fearless.”

So first, we can choose to be bold.

Being bold simply means that we commit to taking the action, to be bigger than our fear, and our sometimes-small notions of ourselves; all for the sake of expanding our life in the direction we know that’s right aligned for us.

With boldness we choose to be bigger than our current self; to step toward that new future to bring it into the present; to expand beyond what we know, knowing that fear will show up, but we commit to action anyways.

An example of boldness in my life:

When my mother was dying of Lou Gehrig’s disease, I had to commit to being her spokesperson even though it would be difficult and scary to do so, because I had to talk about Hospice (end of life care) about her exit options.

She couldn’t speak, and my father wasn’t yet ready to face this, so in order to do this, I know now I was being bold by committing to this role ahead of time.

That was amazingly difficult, but ultimately a fulfilling experience for me, and the right thing to do from my heart.

Boldness is a choice; it’s not some kind of behavior that just “looks” big or confident.  We can choose to be bold in any given moment.

Being vulnerable can be a big part of boldness, and that’s my latest edge, actually—being more vulnerable to expand more boldness even more, because it’s how I want to live.

Courage is Your Savior When Fear Arrives

With courage, it’s a different take. Once the boldness is in place, the commitment to action is there, to risk the possibility of getting hurt or failing; we can now begin action towards bringing that new future into the present.

Courage is there by our side to handle the waves of fear as they arrive, because we’ve made a bold commitment.

I’ve found that sometimes saying no directly to our fear does actually work; we can say to ourselves “No way!  I’m not going there.”

But when this approach doesn’t work, we can also take more of a surrendering approach—to let fear go, to dance with it, and seduce it so that it comes along with us.

Instead of us resisting fear, it can no longer resist us.

My story of courage:

When it was time to have that conversation with my mother, father, and the Hospice intake nurse, there was an immense amount of fear and deep sadness, heavy in the room.

I stuck with my commitment to have this difficult conversation with the nurse—about stopping all food and water at my mother’s request, and finding out about the pain management process for her so she could have a more comfortable death.

There’s no big enemy to slay or heroic act that I performed, but I felt bold and courageous, and again did what was right in my heart of hearts.

The Warrior Team of Courage and Boldness

With courage and boldness, it’s a dance between both. They’re both fierce warriors when called upon.

By no means am I a master of all of this.

I am just fascinated with fear, courage, and boldness and have noticed how much more alive and vibrant I feel when I approach my life this way.

If you’re drawn to what I’m saying, try more of this out. You don’t need a hypnotherapist, a psychologist, or even a coach like me to help you do this.

What bold commitments do you wish to make anew?

Are you willing to allow yourself to be more courageous?

You just might find that you are more bold and courageous than you knew.

I’m willing to bet you already are.

David Hamilton is a transformational coach & the founder of Everlution and Social Expression; personal development sites dedicated to helping people live with more confidence, expression & fulfillment.  Sign up for the Everlution newsletter here, or learn about working with David through a coaching relationship.

A 4-Step Plan to Deal with Even the Toughest Challenge

Courage Is Doing What You Really Want to Do, Even When You’re Scared