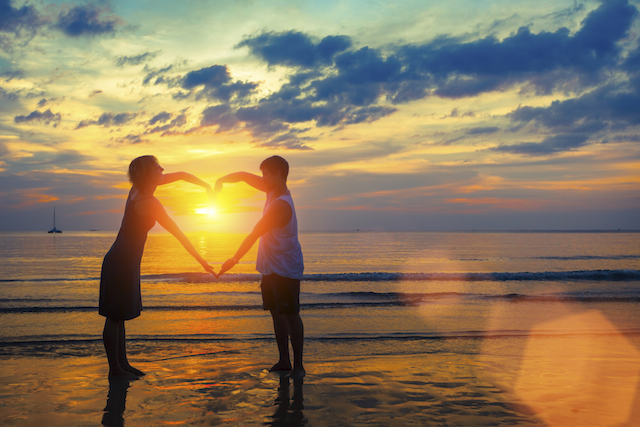 My fiancé and I escaped to the northern wilderness. We wanted to build our home and our life off grid, off the beaten path, far from civilization.

It didn’t matter that I was a city girl who couldn’t handle a chainsaw, fix a pickup, or read the warnings of wind and sky. My fiancé was a mountain man, skilled in survival. That was all we needed for a life in the middle of nowhere. Alone, but together, and we loved it.

We were independent and resourceful. Nothing fazed us. My fiancé had a solution for everything: broken generators, shortage of water, staying safe on hikes through the hills that we shared with wolves, coyotes, and bears.

Never once did we doubt our ability to survive.

And never once did we think that our biggest challenge would come from anything other than the wilderness itself.

All of a sudden, my fiancé lost his appetite, his skin turned a pea soup green, and his jeans hung off him, a size too big.

The wilderness was no place to get sick: lack of cell-phone access, few doctors, often-impassable roads, and a five-hour drive to the nearest hospital. Suddenly the idea of “challenge” took on a whole new meaning.

Finally, after many delays, tests, comings and goings, a diagnosis was confirmed: cancer. My fiancé was stoic. But the news hit me with hurricane force.

Our world flipped upside down.

Suddenly we were thrown into the scary unknown, a place far more challenging than the wilderness of the bush.

Surgery was booked. My once strong, ever-so-independent mountain man was forced to let go, to place his trust in the skill of a surgeon and the goodwill of the universe. I was terrified, but in my role of “pillar of support,” I acted brave by swallowing my fear.

In the faraway town where the operation would take place, I would sleep at the Easter Seal House. It was close to the hospital and affordable. But it was also a dorm.

The idea of sharing accommodation added to my stress. I was an introvert; I’d been living in the bush. The last thing I wanted was to socialize with strangers when my mind was consumed with worries for my man.

But there was no choice.

The following day, the operation, they said it would last a few hours. It took much longer. Then finally some news. “All is well, ” the surgeon said. And the relief of it almost felled me.

I thanked the surgeon; thanked the universe for throwing a lifeline. There would be a tomorrow, after all. And a tomorrow after that.

Two days later, results showed a spread of the disease.

We were not in the clear after all.

That night, I stayed as late as possible at the hospital with my fiancé. I wanted to curl up in his narrow bed, but he was hooked up to so many tubes and wires, and the eighteen-inch wound running down his belly was tender and sore.

When I reluctantly left to walk back to the “dorm,” the night was late and frigidly cold. My mood was as black and as slippery as the ice underfoot. All I wanted to do was to curl up and cry. The thought of facing a group of strangers sunk me further.

At the front door of the Easter Seal House, a small group of old men huddled under the outdoor light, sucking on cigarettes and stamping their feet to stay warm. They looked as miserable as I felt.

Inside, a new guest had arrived to share my room. She was setting up an oxygen machine that would keep her lungs safe through the night. The room was too cramped to make use of my offer to help, so I retreated to the lounge.

The TV in the lounge blasted a comedy. I slipped into the only spare spot, at the edge of the threadbare couch. A plump woman with bleached blond, coifed hair and rose-polished nails giggled wildly at the antics of the TV characters.

My mood was too dark to laugh; instead, I was flooded with gnarly judgments about the stupidity of TV, of sitcoms, of sharing accommodation with strangers.

I told myself I don’t belong with this group, with this coifed blond giggler and her rose-polished nails. As the judgments in my mind exploded, my mood turned surly.

At the break for an ad, the volume on the TV spiked. The blond reached for the remote, decreased the sound. One small mercy. A few minutes later, volume up again. Part of me wanted to seize the remote and hurl it out the window.

The sitcom resumed. Some inane stunt threw the giggler into hysterics.

Suddenly, she turned in my direction, clearly wanting to share the joke that I so obviously didn’t get.

Quickly she scanned me, and whatever it was that she saw prompted her to switch the TV right off, right in the middle of her show. She turned back to me again, this time swiveling her entire body right around to face me.

And then I saw. Past the pristine rose nails and frilly sweater, past the coifed bleached hair and perfect makeup, I now saw a pair of soft, welcoming eyes. “Tell me,” she repeated in a gentle invitation.

And I did. And something inside me broke. All the feelings of tension and sorrow melted as I accepted her invitation.

And it amazed me, this gentle space that she had created through the depth of her presence. It amazed me how her kindness helped me peel open months of fear and anguish. Her invitation to tell my story was an invitation I didn’t even know I needed, yet desperately did.

One by one, the old smokers lumbered back in from the frigid night. They and others joined us. A semi-circle formed around the woman and myself. Haggard, jaundiced faces, bandaged arms; it struck me how all of us were wounded in one way or another, fellow travellers on a shared and complicated journey.

By the time I finished my story, a soft gratitude had filled my heart and eased my worries. My burden shared was a burden halved.

In the wee hours before dawn, sleep came gently in a way that it hadn’t for a very long time.

I never saw that woman again. But her generosity, in switching off a sitcom that she so clearly enjoyed to welcome instead my story, was a gift.

It allowed me to move past a sense of disconnection from others, to share my vulnerability, to be heard and understood. And it gave me solace and a feeling of connection when I needed it most.

Above all, that woman and her gift of compassion showed me that no matter how small, an act of kindness truly does have the power transform a life.

It transformed mine. By lightening my load, it created space for the challenges that lay ahead.

So many of us walk around carrying heavy burdens, desperate for a sense of relief. It may seem so simple, but two little words can dramatically ease our pain and our suffering. Such simple little words: Tell me.

Irene Allison is a writer who thrives on stories of courage, healing, and love. From adventures in the wilderness with her mountain man (an upcoming memoir), to advocacy for the sick and vulnerable in Stay, Breathe with Me: The Gift of Compassionate Medicine, Irene believes in the healing power of heart and compassion. Come visit Irene at: http://www.ireneallison.com

Lost Love: How to Survive Heartbreak and Seize the Future

The World Is a Kinder Place When You’re Kind

The Path to Living Authentically