How Understanding Can Lead to Forgiveness and Fulfillment
By Uju Morah 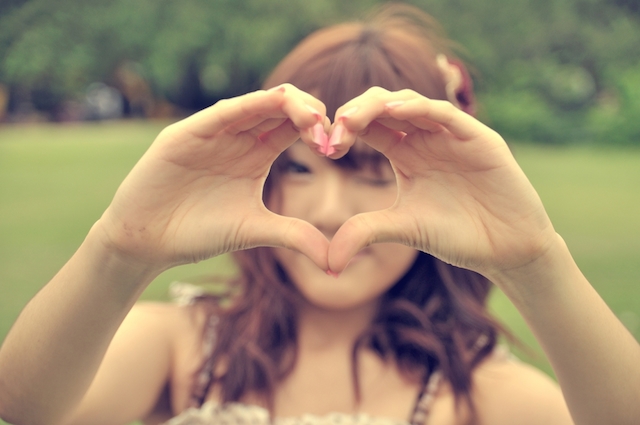 “The only way out of the labyrinth of suffering is to forgive.” ~John Green

My sister and I hated Christmas and New Year’s Eve because we never got any gifts or toys during that period.

We used to be so lonely at home, and we couldn’t play with the neighbors’ kids because our parents didn’t allow it. I grew up having no friends, up until when I was fifteen years old, when I became friends with a classmate.

Fast forward to two years later when I was seventeen; I was going through teenage years alone, and like every normal teen, I struggled to be happy, but it was more than that. I refused admit that I was depressed until a friend noticed and talked to me about it.

For the first time I experienced what it meant for someone to truly care about me, and I wished my parents could do the same.

I became really close to this friend because she was the only one who was there for me. She was a cheerful girl whose parents showered her with love, and extended this love to others, as well. We spent all of our weekends together, usually watching movies at her house.

We graduated from high school and started college together, and then I lost her in a tragic accident. I was in shock and wished I would die too, because life was meaningless without the only friend who stood by me for all those years.

I broke down for months. I refused to go back to college, and my parents couldn’t understand why I was so down. It took me a year to recover.

I forced myself to start life again. I reapplied for college to try to make myself move on, but it was hard.

I didn’t care about making friends or joining other social activities because I was introverted and l always feared that people would judge me.

In my search for happiness I enrolled in a yoga teacher training program. It was during that period that I learned things I never knew about life and happiness.

I realized that all I needed to be happy was within me; I was whole and needed to seek happiness by healing myself instead of looking for it outside myself. Instead of feeling bad about my life, I started tobe grateful for it.

And one great powerful lesson I learned was the importance of forgiveness. It took me back to the resentments I had towards my parents, and I realized that I had to forgive them in order to live a more fulfilling life.

The courage came one evening when I boldly picked up the phone and called. We spoke for a long time, and in that discussion I discovered that they deeply regretted all the years they were absent in my life.

In that moment I felt whole again; I felt my parents’ love come back to me, and I finally understood why they didn’t seem to care when I was younger.

You see, after they had been married for several years, my mum discovered that my dad had had an affair with an old flame. This caused her so much pain that she shut down from her social life, and consequently, didn’t allow her kids to have one.

Understanding them and their pain helped me to let go of the past and forgive them, because I realized they never intended to hurt me, even when they didn’t remember my birthday or prevented me from making friends freely.

After that, I made a promise to myself to spend more time with them, helping them with cleaning, laundry, and other little things, to show them I’ve moved on and I care about them. I can’t go back and receive or show care in my childhood, but I can do something different now.

I’m only human, so I can’t say the sad memories don’t pop up in my head once in a while. When this happens, I reverse my thoughts to focus on the good part of knowing I have my parents’ love and affection back.

I’ve learned that we can’t experience the full joy of life if we don’t let go of all resentments, because it is in truly letting go that we make space for peace and fulfillment.

It can be hard to forgive if the person who hurt you doesn’t express remorse, but that doesn’t mean they don’t feel it, or that there wasn’t pain behind their actions. If you don’t forgive, you’re choosing to cause yourself pain. When we hold onto bitterness, we slowly die on the inside.

No matter what, life holds a second chance for everyone. We give it to others by forgiving; and equally important, in forgiving, we give it to ourselves.

Uju Morah is a passionate blogger who loves her work. She helps inspire people about life in general, especially the youths. She is currently into voluntary services in yoga training, and she runs a blog at tinyphoenixx.blogspot.com, where she writes posts about life and other social activities.