Vulnerability Is a Sign of Strength, Not Weakness
By Terry Downs 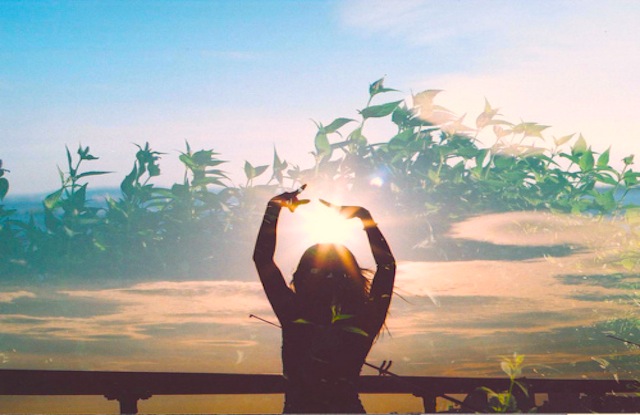 “I now see how owning our story and loving ourselves through that process is the bravest thing that we will ever do.” ~Brene Brown

Whether these were the intended lessons, it’s hard to say, but somewhere deep inside that is how I interpreted the messages from those who had influence in my life.

Throughout most of my life I carried these messages like suits of armor protecting me from invisible opponents, sure to strike when I least expected it.

Each time I unbuckled the armor and exposed my raw, tender skin to what I thought vulnerability looked like, it was only a matter of time before I was left broken hearted, disappointed, or worse yet, full of shame and self-hate.

Looking back on memories, I am reminded of a time when I fell madly in love, the type of love where you are brave, do not hold back, and lead with your heart.

Unfortunately, I later discovered that the person I was involved with was leading two lives, and would be on “business trips” while they spent time with me and then the reserve with their other life.

It all came crashing down after they “claimed” a death in the family, and when I called to give my condolences to the family, the supposed deceased family member answered the phone.

The lessons I learned during these perceived attacks left me carrying a heavy imaginary backpack full of reasons as to why I could not be vulnerable.

In my mind, this determination was a brave path to be walked alone, and it proved just how independent I was, unlike those who “needed” people in their life.

It’s been a slow evolution from this point, which reached a low five years ago, to now. In fact, sometimes it has seemed so slow that I thought I was inching backward.

With an instinct to push, question, and doubt, buying in to the vulnerability bandwagon has been a tough sell.

Despite reading a plethora of self-help, transition, and any other inspiring books I could get my hands on, it never seemed to make a difference. Something just was not connecting inside of me.

During a personal development course three years ago, the facilitator used an actual full backpack to show me what the weight of my self-defeating story felt like.

He then had a group leader push down on the pack with the goal that I would eventually give in to the weight and to the story in my head that was holding me hostage.

During the demonstration, I could feel the weight of the pack getting heavier, my legs shaking, my stomach muscles twitching with fatigue, and my head pounding from my tenacious spirit fighting desperately to hang on to my story of why vulnerability was bad, I was determined, and I didn’t need anyone.

After what seemed like an eternity, I did give in, and although I wish I could say it was like a light switch and I immediately embraced a new way of viewing and practicing vulnerability, that wasn’t the case.

Over the last three years it has been more of a slow sunrise, and on days when I felt brave and could trust who I was connecting with, I was able to open myself up even for just a moment and let people in.

I always thought it was my strength and determination that inspired people. However, what I have learned over the last five years is that those qualities in fact intimidated and kept people at a distance.

When I felt my weakest—when I could hardly get out of bed and face the challenge of a new day after a relationship had ended or when I was laid off due to a company downsizing—I dug deep and found the courage to ask for help from very supportive friends and my running group teammates.

I was overwhelmed with support, encouragement, and people saying how I was inspiring them in their own lives.

During this year of significant change and transition, I am proud to say that I have not put the armor back on. Being open to my vulnerability has allowed me to connect with people on a new level and embrace life lessons I definitely would not have learned previously.

In moments when I felt alone, digging deep, finding just an ounce of courage inside and asking for help, and admitting when I did not have an answer to a challenge I was facing has brought deeper, more meaningful relationships into my life.

In addition, I am now developing a calm in my life that has allowed me to embrace a new level of happiness.

Looking back on that demonstration with the backpack three years go, what I remember isn’t how long I resisted or even that I surrendered in the end. I remember how it inspired others who saw that I found the courage to give in and embrace what I feared the most after fighting so hard.

Strength isn’t about fighting; sometimes it’s about letting go. Having the courage to be vulnerable, even when it feels insurmountable, is the first step on the journey to a wholehearted life.

Terry is the inspiration behind Simplicity Adventures, a company daring people to dream and achieve what they once thought was impossible and then inspiring others to do the same. Her book “The Simple Guide to Racing Ironman: Practical Strategies for an Extraordinary Day," is coming out on Amazon this June.

Embracing Vulnerability and Putting Yourself Out There