What Annoying Situations Teach Us about Ourselves
By Noah Bruce 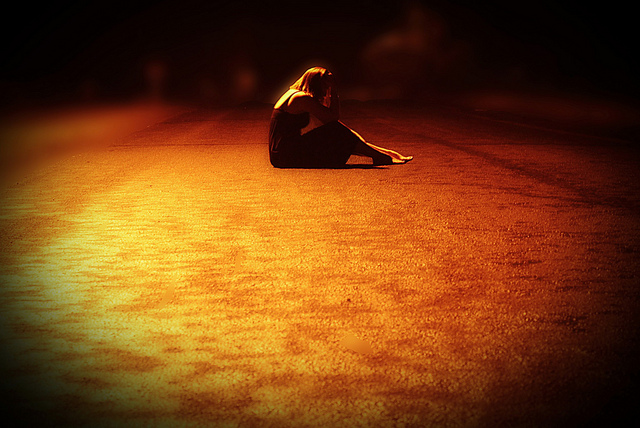 “Everything that irritates us about others can lead us to a better understanding of ourselves.” ~Carl Jung

He was shorter than me with a mustache, and he was positioning himself in front of me, but just off to the side of the line. He was traveling with a young teen, probably his son. I knew that when the line moved, he would take one assertive step and insert himself and his kid into the line ahead of me.

I sneaked a look at his boarding pass and it read B53. I was holding A51. It was my first time being in the A boarding group on Southwest, where your position in line is determined by when you check in online.

I checked in exactly twenty-four hours before the flight, specifically so I could be in the A group. I deserved this. This guy didn’t.

Not only was he butting, he wasn’t even an A. He was a B. He should have been sitting down waiting for his group to be called.

He smiled at me. Trying to make friends? Mocking me? He knew I had seen his boarding pass. His son fidgeted nervously with an iPod.

I was flying home to Oakland from Denver, and on the ride over something similar had happened. My number was B4, but there were at least seven people ahead of me. Three people were butting!

On that flight, it wasn’t clear who was a butter and who wasn’t, so I didn’t say anything. I ended up feeling taken advantage of.

I went for choice B.

“Excuse me sir, what number do you have?” He gave me a stare.

I started to waiver and began explaining, “I, ah, just want to see where I should….” I trailed off. I was trying to make nice, but there was no hiding my aggressive intent.

He relented his stare and showed me his boarding pass with the look of a man beaten in a poker hand. “Go ahead of me,” he said. He let out a long sigh of annoyance. I avoided eye contact.

The line moved forward. I gave my boarding pass to the agent. As I entered the corridor that connects the airport to the plane, I looked back. I was hoping the agent would bust the man for boarding with the wrong group.

Instead, I saw the young teenager enter the corridor without the man. The teenager was flying alone and his father, I am guessing, was just anxious to make sure his kid got on the plane with a decent seat and enough space for his bags.

I felt embarrassed. All that drama to make sure one kid didn’t butt me line.

I realized it was time for a little reflection. What could I, like the Jung quote says, learn about myself here?

The first thing I realized is that someone butting in line triggers me. My first reaction was an emotion: anger. But when I looked deeper I saw that beneath the anger, fueling it was a fear of being powerless.

There was also the thought that I was being taken advantage of. In fact, I remembered a little voice in my head at the moment the mustached guy butt in line: “He thinks he can butt in line, and you won’t say anything. He thinks you’re weak.”

In essence, I was playing out a story line in my head that didn’t have much to do with the reality of the situation.

The truth was the guy was probably worried about his son. Or maybe he butts in line all the time. Either way, his action wasn’t a statement about me.

I am not saying I did the wrong thing by speaking up. In fact, I got the last exit row seat, and I might not have if I didn’t say anything.

What I am saying is that because I got triggered, my range of action was limited (in my own mind) to an unsavory choice between being wimpy or overly aggressive. There was no option that would leave me feeling good about my decision.

Everyone has trigger points, places where they are vulnerable. When these places get touched they cause us to lose our sense of perspective and can cause us to act in a way that is out of touch with our values.

For me, the series of events (inner and outer) looked like this:

Now that I am aware of this trigger point, I can watch for it in the future and employ a simple strategy to diffuse this internal reaction. Here is the plan the next time someone butts me in line or for when you get triggered in general:

My hope is that I can get to a place where if I decide I need to say speak up, I can approach the person from a calm but firm place, minus the indignation and aggression. If I decide not to speak up, I hope I can let the incident go, and move on.

In this case, the action I take is less important than the emotional place I am coming from. Either way, I want to remain calm and centered.

Through this process of breathing, seeing what is happening in myself, and letting old storylines drop, I am allowing a triggering situation to be an opportunity for growth.

This is not easy work. Places where we are vulnerable usually don’t heal overnight. It takes practice, patience, and a sense of humor to keep cool when someone or something pushes your personal buttons.

But the benefits are great: by practicing when someone butts me in line, I am learning one of life’s master skills: staying calm in the hurricane of my own emotions.

Noah Bruce is a psychologist in private practice in Oakland, CA. He blogs about therapy and growth-related stuff at www.heartheadgut.blogspot.com.

Are You Stressed, Rushed, and Aggravated?