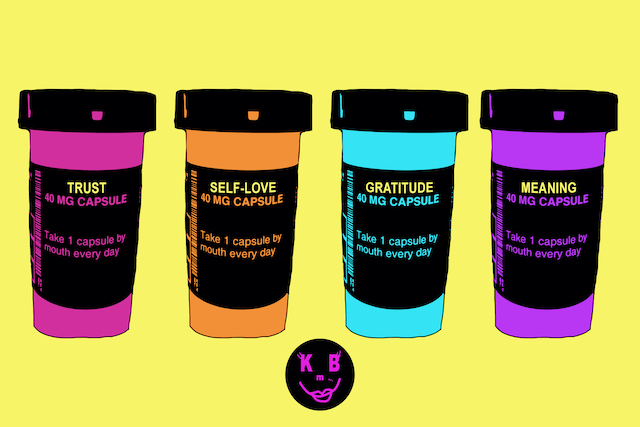 “Faith is taking the first step even when you don’t see the whole staircase.” ~Martin Luther King Jr.

A few months back, before the pandemic upended life for all of us, I went through one of those times when I could do nothing but sit at home and rest for my health’s sake.

I’d recently had another one of my surgeries; I was born with a genetic condition called vascular malformation, which grew and spread quite rapidly on my left cheek and into the mouth during my childhood. It’s the reason I’ve been paying visits to operation theaters for all of my life.

I had my first successful operation, which was also the toughest time of my life, almost twelve years ago. Yet my visits to the hospital don’t seem to end for one complication or another.

I’d always had faith in my early years that it was only a matter of a couple of years, that by the time I grew up I wouldn’t have to put up with any of the pains and discomforts and interruptions to life goals, that I’d finally be able to lead a normal life after my not-so-normal childhood.

But now it doesn’t seem to be the case; my hopes are running out after two decades of trying to keep them up.

It’s bad enough to live with the multiple scars on my body and my face for the rest of my life, without having to end up in the intensive care unit now and again.

All I can think of right now is how I can’t give up, because I’ve always tried so hard to live according to my needs and wants. I can’t lose hope after everything  I’ve done and achieved for myself, from picking up my low self-esteem as a kid and making friends to getting my college degree.

So now I need reasons to keep the spark alive in me.

It’s said that health is wealth, and without it life seems to be pointless. I know there are many others out there struggling with various health issues, which may have led them to not being able to function at their best.

Living with a chronic illness is undoubtedly hard, but it is possible to be happy in spite of its difficulties.

These are some of the things I remind myself of whenever I feel particularly low.

It’s so tempting to think that being born with a genetic disease implies you weren’t meant to live, that you were a mistake on behalf of nature.

But really, our ancestors survived for almost three million years from the smallest to the largest of dangers. They made it through the heat, frost, starvation, threats from all kinds of animals, from lions and wolves to mosquitoes and bacteria; from earthquakes and hurricanes to the two world wars. And much of it was way before the advancement of technology and science.

But they made it, all the way to you.

You would be too good to be a coincidence, don’t you think?

The human body (and the human mind) is stronger than what you might think. We don’t even fully understand the complex processes that take place inside us, yet if we needed to we could manage to inhabit and survive in every part of the planet, from Antarctica to the Atacama Desert to the Amazon Rainforest.

Have faith that your body would heal and adapt itself to the world in the best possible way. It’s all about the time.

2. Don’t compare your life with other people’s lives.

It can be depressing to watch other people get on with their lives while you may not be able to do the things you want to do.

But comparing yourself to others makes no sense; they are different people who had and still have different circumstances than you. Comparing is a total disrespect to your situation and to who you really are as a person.

Here’s when loving yourself as you are in the present comes into play.

You may not feel very productive or of much use to the world, but that’s all in your head. You are enough as you are.

And sometimes the way to give meaning to the world is to help yourself first. You are setting an example to others by continuing to live life to the fullest.

Allow yourself to rest when the need arises, because it is exactly what you deserve at the moment.

3. Know that life is a gift, and be grateful.

I’ve found that fiction can provide insights on practically anything under the sun, which is why I love to read. One of the books that really moved me was Paulo Coelho’s Veronica Decides to Die , which tells the story of a woman who survives a suicide attempt and ultimately learns that every moment of her existence is a choice between living and dying. I think it perfectly encapsulates the idea of each day being a gift.

I know that being grateful for what you have is a clichéd idea, but it doesn’t make it any less true.

During the times at the hospital, I wasn’t able to take care of my basic needs, so I started to appreciate the little things that I was able to do and experience. I was grateful to be able to eat an egg for breakfast, and to walk around by myself and listen to music on my laptop. I’ve many more reasons to be grateful for right now that I’ve come home.

4. Don’t let the disease define who you really are.

I’ve always felt singled out from the rest because of the apparentness of the scar on my face and the disease. It’s hard to try to be normal when everyone knows at first glance that you’re different.

But I never let that get in my way of how I wanted to live my life because I know that I am so much more than my illness.

You are an individual with a personality, with your own likes and dislikes, your own quirks and interests and opinions about the world.

Earlier in my childhood days I was only an academic achiever, but now I can describe myself as a multi-lingual learner, an avid book reader, and a musician.

But it’s not just about the things you can do. It’s about who you really are.

Sharing our thoughts and feelings is sharing the most important parts of ourselves, so I’ll continually do my best to express myself authentically.

Don’t allow people to put you in a box, especially a box that is labeled as “handicapped,” “ill,” or “diseased.” Remember that you are so much more than that and you can give your life any meaning you want.

Kathy Wilkinson is a reader, writer, musician, multi-language speaker, and is keen on learning to live and enjoy life in the best way possible for her. Her email is k2.wasnikar@gmail.com.

Gifts from a Terrible Disease: A Message for Anyone Who’s Slowly Losing a Loved One