What If Everyone Were Conspiring to Help You?
By Nick Egan 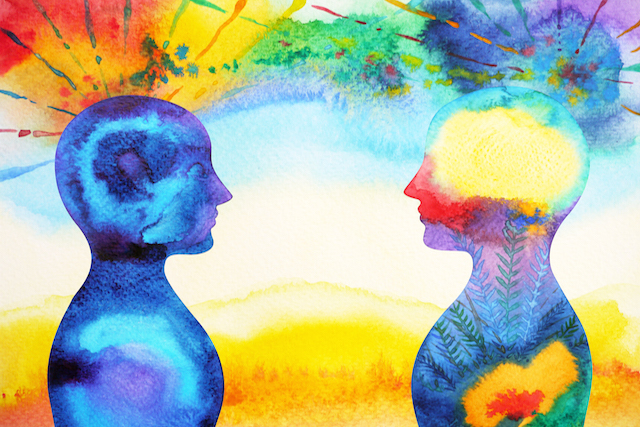 “The sage perspective accepts every outcome and circumstance as an opportunity.” ~Shirzad Chamine

No doubt you’re familiar with paranoia. In the modern world, it’s hard not to be. And as Joseph Heller wrote, just because you’re paranoid, it doesn’t mean they’re not after you. But there is another way to look at the world. What if you could see every situation in your life as a positive conspiracy, aimed at aligning you with your highest good?

This might seem outlandish, but it’s not as crazy as it seems. If you imagined that the person annoying or challenging you was actually a gift to help you further your mental or spiritual development, how would you respond differently? What could you learn from them?

At the very least, you’d probably resist the urge to react negatively to the perceived provocation. Instead, you’d likely take a second look at what they were trying to communicate to you, and perhaps see something you might otherwise have missed.

This perspective has its limits, of course. Those in abusive situations should not stay in a repeated pattern of abuse. But for those of us who experience the usual trying circumstances on a daily basis, releasing some negativity can be useful.

Imagine yourself as an actor, in search of your big break. Aspiring actors frequently find it difficult to handle rejection, which is an inevitable part of the job.

In the context of pronoia, you might see not getting a part differently. Maybe it looked like a good opportunity but would actually have been a dead-end or lead you in a direction that was undesirable. Or maybe each rejection is bringing you a step closer to success. If it takes a hundred auditions to land one great part, then every audition completed is another step closer to success.

Similarly, mountain climbers don’t look at each grueling step on an ascent as a setback; rather, each step brings them closer to their goal at the top of the mountain.

If we can change our perspective to “Every rejection or difficulty brings me that much closer to success,” we can shift our outlook. We won’t be mired in self-pity or overwhelmed. Instead, we will feel grateful for the opportunities that allow us to deepen our craft. The strongest sword is forged in the hottest fire.

It’s easy to identify the people in our lives who are helpful. We naturally feel positive toward them. Then there are those with whom we have a neutral relationship. With a little effort, we can see those people in a positive light. But even the challenging people, the hard situations, and the failures can be reframed in our minds to be seen as a way to further our development or evolution.

I was once leading an expedition in the Himalayas, and one of our group members was quite vocal about the lack of amenities while we were trekking. At first, I thought he was just unhappy about a particular cabin where we stayed one night, but as we continued the trek, his complaints became more and more pronounced.

I kept trying my best to change his circumstances for the better, but in the back of my mind I thought, “What does he expect—we are traveling by foot at 15,000 feet through one of the most remote parts of the world!?”

Finally, I took the time to pull him aside in the evening and ask what was really going on. It turned out that he had lost his wife recently and that they were planning on taking a trip like this together. It was a valuable lesson for me to take the time to connect deeply with people rather than just assume what is going on by observing the surface. In the end, he ended up being quite happy with the trip, and I became much better at deep listening.

Of course, it is rare to get to know the pain that is the root cause of people’s difficult behavior. This can be particularly hard when the challenging person is someone close to you.

We all have people in our lives whom we are close to but continue to challenge us deeply. In that case it is important not to rely on finding the source of the other person’s upset. That pain is most certainly there, but it rarely happens that we get to understand it for what it is. Instead, it’s important to learn how to be grateful for the continuing training they are providing for us in our journey.

You may be tempted to kick challenging people out of your life, but what if instead you see them as a training ground for future greatness?

Sometimes learning to work with someone negative can prepare you to work with difficult people you encounter in the future. When we adopt this viewpoint, we can generate a kind of gratitude toward those challenges.

You wouldn’t go to the gym and get mad at the weights for being heavy, or mad at your muscles for being sore. Instead, you might celebrate, in the knowledge that your training is working. Similarly, you wouldn’t get mad at a sparring partner in the martial arts for trying to attack you, because you know they’re training you for a real life-and-death situation.

It’s easy to see our real-life “sparring partners” as true battle opponents, but if we avoid them, we miss out on all the potential lessons that might come from interacting with them.

In the end, the choice is yours. You can go through life seeing each negative person in front of you as an irritant, to be removed as soon as possible. Or you can try on the idea that they have something to teach you. It’s not a matter of which perspective is objectively “true.” It’s a matter of which perspective allows you to learn, grow, and thrive.

Nick Egan, Ph.D., is an award-winning executive coach known for his clear and impactful teaching style, and a sought-after speaker who utilizes his understanding of positive psychology and Buddhist philosophy to encourage organizational and personal growth. He is the author of Shift: The Art of Transforming Limitations.