What If Success Was Measured by How Well You’ve Loved?
By Anushree Baikerikar 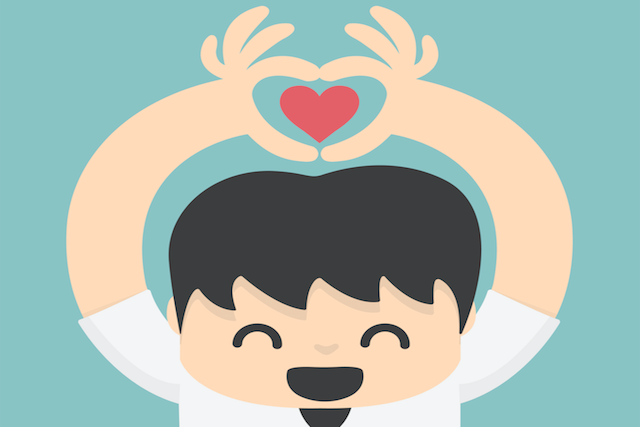 “That man is a success who has lived well, laughed often and loved much.” ~Robert Louis Stevenson

When I was a child, I learned a lot from my parents and other authority figures. I learned the difference between wrong and right, the value of hard work and perseverance, that one must not mistreat or use people, but be good.

I learned about love too, for when my loved ones were happy, the same joy always came back to me.

Making the difficult transition into adulthood, I picked up a whole lot of other things from whatever environment I managed to land in—from school, college, and my workplaces.

I learned that I had to get a certain rank in class for my intelligence to be considered acceptable. I was questioned and cross questioned repeatedly on why some kid who lived in my building got a better rank than me. Why couldn’t I perform better?

My future somehow seemed to be in peril due to my underperformance in math, geography, and languages, and my bad handwriting.

So I learned to be competitive and strive harder. I also learned that no matter what I did, even if I performed better than my last result, it wasn’t good enough because some friend in class or someone in the colony or prior performance by my siblings was always better!

Soon an epic thirst for ‘success’ kindled in me.

I learned that success meant doing well in class—getting great marks, getting into a good college, getting epic marks there, as well (you cannot fall lower than a first class), getting an epic job. And it should be in an epic company (brand name) and pay well enough to sound epic and also allow me to spend and save well, to provide sufficiently whenever I find a partner, have kids etc.

Oddly enough, I managed to do most of that—get good marks, get a good job in an epic company with an epic package, and make my parents proud.

I seemed to be at the pinnacle of (my self-defined) success!

For one, I hated my epic job. The epic company that had hired me (thought they had bought my soul) put me in a department that was a far cry from what they had hired me for.

They increased the pay of said department a few months down the line (there were many others stuck in the same mess as me). I guess it was supposed to compensate. I also had to move away from home, far from my loved ones.

After much frustration and in a span of one year, I was packing my bags and returning home. I wasn’t ready to hand over all of my soul, after all!

What happened after that is a long story best kept for another time. Let’s just say that I returned to what would be, compared to my peers, a relatively mediocre place, both in terms of position and finances.

I was fast slipping off the success radar!

Something else also started happening though. While I was busy wallowing in self-pity and licking my wounds, I became more reflective and perhaps, more observant.

I noticed how happy I was to be with my family.

With all the glorious dysfunctionality that existed within, of which I am an integral part, I realized that I love them to bits and pieces. I had always taken them for granted, and the time spent away is helping me to treasure the time I spend with them now.

I discovered joy in little things.

A neighborhood cat gave birth to a litter of kittens. The mere sight of those tiny babies evoked love and joy in me that I cannot put into words! It was pure bliss feeding them every day, checking on them, and playing with them.

Most of the litter along with the mom cat dispersed. But two kittens, now nearly year old cats, still linger, and I look forward to going home every single day to feed and cuddle the furballs.

I took a course in dancing.

It was one thing I had loved as a child but that I simply wasn’t good at. While I struggled with it through the course, it was a liberating experience. It made me realize that we place a lot of shackles around ourselves as far as our capabilities are concerned.

I questioned my ultimate ambition in life.

Do I want to compromise on my health, happiness, and loved ones to achieve ‘success’ like everyone else around me seems to be doing? As a kid I had a lot of other dreams, and now I am revisiting them.

I realized that in the success I had been chasing for so long, in the rat race that I am still running, there is little room for integrity.

We are lying every day, be it to get a promotion, to get selected in an interview, or to aggressively sell a product. We are lying so much that it has become part of the fabric we’re made of.

I realized that power and success as I knew it did not teach love.

I noticed that people in prominent positions around me were not necessarily using their power with kindness. I have seen people in power abuse those below them, aggressively push them to overwork, look down upon them, and invoke bitterness in them. And I have also seen such behavior being hailed as the hallmark of a performer who could get the job done.

I realized that it was my responsibility to learn to become a better human being.

Whether or not I learned to become successful in practical, worldly terms.

I am not saying I have risen above any of this, only that I am better aware of what I’m doing these days and I reflect on the kind of choices I want to make for the road ahead.

Just think about it—what if success was measured by how well you’ve loved instead of what you’ve earned or how many people know you?

What if success was actually how much you’ve loved life itself, filling it with love and giving even more love? And not necessarily what you are wearing, the places you’ve been to, or the phones, cars, and yachts you’ve owned?

What if success was measured by how much joy you’ve brought to the table and how much better or worse you left the place than when you arrived?

What if success was measured by how kindly and sincerely you’ve treated those around you?

What if you actually got negative points every time you treated someone meanly or unfairly or judged someone or looked down on someone?

How would your success graph look in that case? Would you need to put in more effort to make it better?

I know I would be in the red.

These days I make it a point to not take for granted all that I have been blessed with.

Things like a stable home, concerned parents who love me and care for me in spite of some tremendous difficulties and conflicts, a great education including a post grad degree, loving reassurance whenever I feel I’m not doing well in life, freedom to live life on my own terms. Two cats who let me feed them and give some reluctant hugs for the same—all this and more!

These days, I have also come to notice many who are working out of love, giving freely, who are true blessings, making this world a better place, in whatever small ways that they are. Quite possibly, you are one of them!

I’ve learned that one can always appreciate what one has instead of clamoring for more of everything; it’s a good way to feel content. Yes, there are things to be achieved and they will be achieved in due time. Yes, I still lie as much as I am required to and I need a do a lot of work there.

I accept that I still don’t know exactly where I am headed in life, and that’s okay. I prefer to call it figuring it out instead of failing.

At the very least, I know that I am editing my definition of success. I am learning a whole new definition in fact, bit by bit, every day!

Anushree is a nature lover who enjoys travelling and believes that we have an inherent need to express. She creates those expressions in the form of blog posts, scribbles, doodles and sketches. She is an aspiring writer and one day hopes to share a wonderful story with many. Visit her at http://little-flakes-of-snow.blogspot.com.