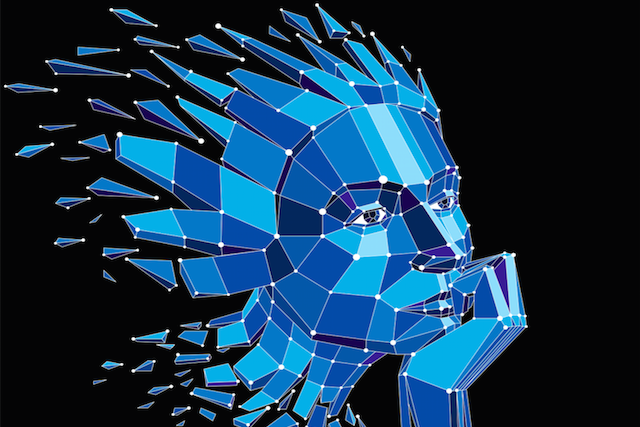 “Ego says, ‘Once everything falls into place, I’ll feel peace. Spirit says, ‘Find your peace, and then everything will fall into place.” ~Marianne Williamson

Muse: I’d love to get another job one day. One where I can feel inspired and give my best gifts to the world! One where they have a casual dress code and summer Fridays. Ah, I can just feel it now!

Critic: What are you, crazy? You’re always talking about quitting and starting over. Do you remember how hard we worked to get the job we have? (That you’ve only been at for one year, may I remind you.) What do you think, you can just throw that all away?

Muse: I don’t care. I don’t want to live my life for my resume. One year is a good amount of time. I’m ready to try something new. I want to start feeling satisfied at work, and you know we are not happy in our current situation.

Critic: It’s not all about “happiness,” okay? Who do you even know that is happy? (And don’t show me their Instagram feed as evidence.) There’s more to life than just what you want, you have to be responsible.

Muse: Responsible means “able to respond,” and with that ability I’m responding to feeling dead at work with the idea to do something new. Why are you always such a downer?

Does this style of dialogue sound familiar? What’s fascinating is that this kind of banter goes on internally ad nauseam, and we barely even recognize that it’s happening.

According to several different therapeutic modalities, these inner “parts” of us are perfectly natural, but it can cause distress when they are engaged in conflict and we remain unaware of the inner battle we are constantly fighting.

When I first was introduced to “parts work,” it made so much sense to me. I quickly identified a little girl part, a writer part, a dreamer part, a victim part, a wise part, and many others that were at play within my psyche—running more or less amuck having been left unattended for years.

Once I got to know these parts (from their names, to what they like to wear, to their age, to their qualities of being), I began to develop a relationship with them where they could show me deeper fears and desires that I was struggling with.

At the time, I was most conflicted by the battle the Muse and Critic have so nicely illustrated above. I was concerned as to whether to follow a more traditional career path, or set out on my own as an entrepreneur.

When I would listen to either side individually, each seemed to make a compelling case. In the Muse’s case, she seemed to have my back regarding my heart’s desires and what would be both fun and fulfilling. In the Critic’s case, he seemed to be protective of my well-being and trying to ensure that I would be able to succeed and not be doing something rash or impractical.

The beauty of working with your parts is that each of them has their own unique perspective and wisdom for you.

Too often we hear things that imply that we should silence or even banish the inner Critic. However, from my vantage point and experience, the Inner Critic is most often attempting to offer something of value. He’s trying to be helpful in the only way he knows how (through fear and thus behaving protectively).

When I started listening to the Inner Critic instead of avoiding him, I was able to use his strategizing, focus, and love of structure and stability to help balance out the Muse’s go-all-in approach.

Whereas I tended to favor the Muse because she is more colorful, upbeat, and fun-loving, it was an important process to see where she was blindsided by her aspirations and sometimes ignoring realities that the Critic rightly brought to my attention.

In fact, the relationship between the Muse and Critic highlighted why they were so diametrically opposed—by being pitted against each other, each one grew more and more extreme.

Through working with these parts and having them relate to each other, the Critic could become an “inner architect,” and the Muse could open up to his ideas for designing the life of her dreams without throwing caution to the wind.

It gave structure and form to the wispy and grandiose ideas of the dreamer. I was able to launch my own business, while also balancing the realities of daily life.

Most importantly, working with my parts helped me feel more peace and alignment inside myself. From there, the external aspects of life became easier to navigate because I could connect to the clarity and direction within.

I fell so in love with the personal transformation that parts work has to offer that I now incorporate this methodology into my work with others. It has been amazing to see how similar and yet how unique every person’s inner parts (and their relationships to each other) can be!

By working with one’s parts over time, you can see how and why they disagree and move closer and closer to a deeper understanding and harmony among them.

Do you also have an internal struggle currently where you feel like there’s a Ping-Pong game of back and forth going on inside your brain? Are you feeling torn between “I want to” and “I shouldn’t”? Are you feeling split between “If only…” and “Impossible!”? Then, it’s possible that two sides of your own self are waging war trying to get to a solution that actually lies in the middle ground of what they both have to offer.

To start getting to know your own parts, you might:

1. Sit down and list any of your roles or personas—as many aspects of yourself that you can think of.

Some examples include: Debbie the Downer or Suzy the Spunky One; Donald the Dreamer or Percy the Protector.

Trust your first instinct on their gender, if applicable. Some may even be an animal or have an amorphous presence, like a pervasive mist or a dark blob. *Also note that parts are not fixed or stagnant, they can continually evolve and shift, just like us!

2. Secondly, write a few descriptive adjectives beside each of them.

Write down what arises for you when you imagine them and when you connect with their needs, fears, and desires. For bonus points, draw a picture of them! (Even stick figures count!)

3. Then, pick the two parts that seem the most contradictory, and begin a dialogue.

Start with the most eager and curious one asking the other, “How are you today?”

At first, they may start out pretty opposed, but if you write for at least a page, they may come to understand each other. However, the only goal here is to witness their perspectives as they are, and let the rest unfold organically. Don’t force the process; rather follow your intuition and be open to letting the process lead you!

Feel free to share below how this goes for you. I hope you at least have fun exploring. You might be surprised at what unfolds!

Jeanine Cerundolo is a holistic life coach with a master’s in clinical psychology from Columbia University. She is the author of Team You: Awaken Clarity, Confidence, and Joy by Honoring All Parts of Yourself, a book about welcoming all the parts of yourself and embracing who you are so you can do what gives you joy, nourish love in your life, and foster deep connection to what matters most.

Overcoming Defensive Thinking: If You Try to Avoid Criticism, Read On