When Friends Fear We May Judge Them
By Lauren Stewart 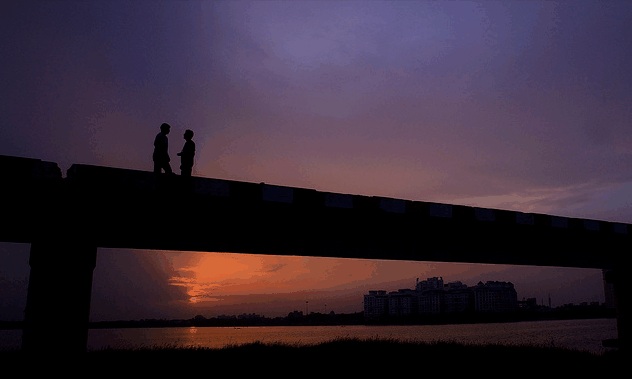 “When you judge another, you do not define them. You define yourself.” ~Wayne Dwyer

One of the times I felt my lowest was when I found out a best friend didn’t tell me something important that had happened in her life. I felt about an inch tall when she said she feared I would judge her if she told me, and that’s why she kept it a secret.

At that point, I broke down. Do all my friends feel this way? Why? I’ve always felt very protective of them and tried my best to be a great friend.

I’m an only child. I’ve spent a lot of time with my parents. They’re wonderful and they’ve done a lot for me, but one thing they’ve passed on is a sort of judgmental, sarcastic type of humor.

So as much as I joke around and I suppose, judge what others do, I always thought my friends knew that I would always accept them.

I catch myself gossiping and talking about others, essentially judging them. I’ll admit there are times when I feel as if I’m better than someone. But who am I to think that? I’ve made mistakes. I don’t always do or say the right things. I’m by no means perfect or better than anyone else.

Suddenly, I somewhat understood what my friend meant. Even though I hoped she knew that I would never judge her choices and I’d always be there for her—and as much as it pains me—I could see why she was afraid to tell me.

I didn’t want to define myself as a judgmental person who people couldn’t trust to talk about important issues. Not even for one second. So I vowed to change.

Why do people judge others anyway? I think it all stems partly from how we were raised to think and speak, but it also stems from our own insecurities. While on the surface, judging someone seems to give you the upper hand, it can also show that you’re insecure or jealous.

Though this incident happened several years ago, it still hurts me to think about. But it’s a good reminder—a cue to force myself into a new way of thinking. It taught me to be more compassionate and it reminded me that everyone has flaws and pain.

Think about the last person you may have judged. Was it because of their clothing, speech, decisions, or friends? Would you enjoy being judged for those things?

If you’re judging someone based on their decisions, or maybe their mistakes, stop for a second.

It’s human nature to compare ourselves to others and question their choices and decisions. But we are only accountable for our own lives.

Judging other people can hurt relationships, just like it hurt mine. We can define ourselves as judgmental or compassionate through our actions and reactions.

Which would you rather be?

Create a Kinder World: What to Do Instead of Judging