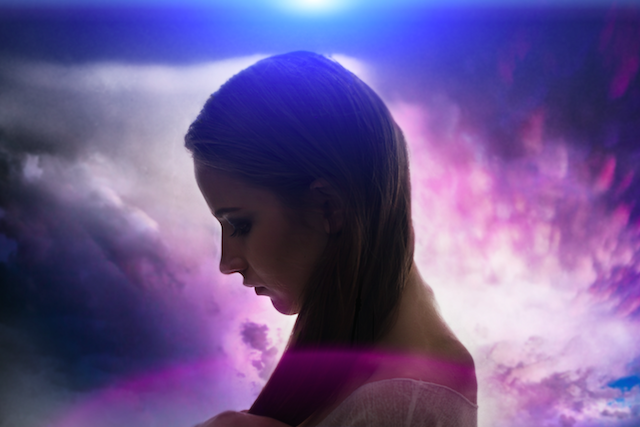 “Breakdowns can create breakthroughs. Things fall apart so things can fall together.” ~Unknown

“I’m sorry,” the email said, “but our phone call left me feeling uncomfortable, and we’ve decided to work with someone else.”

It was February 2010, and I didn’t have the money to pay my mortgage. My savings were gone, burned through in a misguided attempt to breathe life back into my ailing business by “throwing money at the problem.”

As a ketubah artist—a maker of Jewish marriage contracts and other wedding artworks—sales are always seasonal, but ever since the economy had tanked in 2008, even spring and summer “wedding season” was slower than I was used to.

After two years of lean sales, without the savings normally socked away from fatter months, I was feeling desperate.

It was that desperation that had made me try to hurry along an imminent sale to an enthusiastic bride and groom by offering a special upgrade—but “only if they bought now.”

It was the worst, most humiliating mistake in my whole business life, in fact.

The couple had been in correspondence with me for weeks, and was on the verge of buying not just a ketubah, but also a Quaker wedding certificate and matching invitations. The sale was virtually guaranteed, and would bring in more than enough to pay my mortgage.

But in my fear that they’d delay making a final decision until after my mortgage due date had come and gone, I panicked. I tried to create a sense of urgency to get them to buy today, and lost the sale.

Then I lost my grip.

The Liberation of a Breakdown

When the contents of the bride’s email sunk in, I physically collapsed, my body wracked with sobs. I remember the rational part of my mind watching, as if from someplace on the ceiling, thinking, “Wow, this is what hysteria looks like!”

I was the definition of a breakdown.

It was one of the worst moments of my life.

In a way, it was also one of the best moments of my life, though it sure didn’t feel good at the time!

With hindsight, though, I can now see that this horrible crisis was exactly what I needed to break out of the miserable rut I was in and break through to something better.

The truth was I’d been burned out on my business for years. I needed a change, but like a horse with blinders on, I couldn’t see that there might possibly be a different path available to me. So I kept plodding along, while my business fizzled and my zest for life fizzled along with it.

My breakdown finally ripped the blinders off my eyes. It was as if I emerged from a dark hole into the light and saw the vast possibilities of the world suddenly before me. Maybe I could do something else, even (gasp!) get a job.

Casting about for other ways to earn money felt surprisingly liberating. I didn’t realize how chained I’d felt to my identity as a ketubah artist. It may sound funny, but it was a revelation that I didn’t have to do the same thing forever!

Pay Attention to Messages from the Universe

As I was tenderly making my first baby steps forward on a new, yet-to-be-defined path, just one week after my big breakdown, my boyfriend and life partner announced that he was moving out, taking his contribution to the living expenses with him. No thirty-days notice, no nothing.

Can you say “double whammy”?

(Thank goodness for my very supportive parents, who helped me pay my mortgage that month.)

Now both my work life and my personal life were in tatters. It was as if the universe had sent me a telegram, special delivery, with the message “Time to change your life -(STOP)-”

No, strike that: It was as if the universe had walloped me upside the head with a two-by-four!

In fact, the universe had been sending me little notes and whispering in my ear for years. Burnout doesn’t happen overnight, but I simply hadn’t been paying attention.

This time I listened. Everything had fallen apart, and clearly there was no going back. The only way out of the breakdown was through.

Change Is Painful and Scary, but Also Exhilarating

Let me tell you, that wallop from the universe hurt. It’s disheartening when everything you’ve worked hard to build tumbles down like a castle made of children’s blocks, and it’s scary to start down a new path.

Along with the fear, though, was an incredible sense of possibility. It was exhilarating! I didn’t know exactly where I was going, but the fact that I was no longer stuck in a rut brought my zest for life back.

Sometimes things have to fall apart in order to fall together.

Change is hard, so unless the pain of not changing is worse than the pain of changing, it’s all too easy to stick with the status quo. My breakdown turned out to be precisely what I needed to finally break through to the life I really wanted.

Without my humiliating client disaster, who knows how long I might have continued to cling to my ketubah business as my only option? Instead, with my castle-of-blocks leveled by crisis, I was suddenly free to build an entirely new castle.

No more settling! Within two months I’d started my blog and was on my way toward building the big, bold, creative life I longed for.

The Key Is In the Letting Go

Finding my way on this new path hasn’t happened overnight (and of course the path is continually evolving), but getting from breakdown to breakthrough—from hopeless and miserable to hopeful and excited about life again—happened rather quickly once I let go of what had been.

That’s what breakdowns are good for: They help you let go so you can try something different.

Clinging to what had worked well or made me happy in the past was only keeping me stuck in my rut. I had to let everything break down in order to build it up again. Only after my life fell apart were things able to fall together for me.

I keep hoping that I’ll get better at paying attention to those whispers from the universe, so I don’t have to feel the pain of another two-by-four to the head.

If I do get walloped again, though, hopefully I’ll remember that breakdowns can create breakthroughs, and that things fall apart so they can fall together again.

Have you had an experience of a breakdown leading to a breakthrough? How did things fall apart for you, and how did they fall together?

Create Your Life: Having Nothing Can Mean Having Everything