When Thoughts Cause Stress: Steps on the Path to Mindfulness
By Brendan D. Murphy 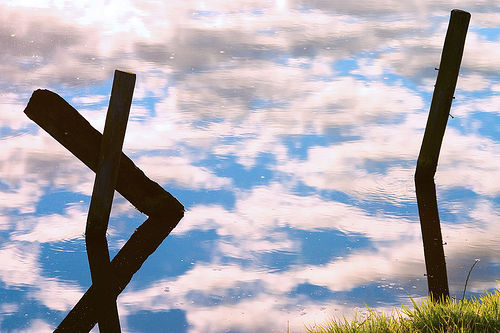 The notion that how we feel is directly caused by events around us, or directly involving us, is a scourge of our modern times. To believe that the external world and its perceived relationship to us is the major determinative factor in how we feel (“I can’t believe he/she said that to me—that’s so outrageous!”) is disempowering and self-destructive.

We impose our “shoulds” on what we perceive as “the world out there,” and then when it fails to live up to our arbitrary and abstract standards, we pout, mope, grumble, and complain that it “should” have been different.

Rather than tweaking our perception, we demand that the thing we perceive should tweak itself!

When people fail to conform to our whimsy, we often fall into yet another error avoided by the mindful: we replay upsetting events (events that we perceived as upsetting) and our emotional responses to them in our heads over and over, further upsetting ourselves.

Many people like to imagine how they would have responded differently to an unpleasant scenario—perhaps with some pithy and scathing repartee to put the aggressor in their place, or some supremely composed nonchalance in the face of adversity.

But these mental rehashings and rehearsals have various detrimental effects. For one, they further worsen your state of mind, which, if sustained, simply serves to draw more people and events to you that correspond to your bad mood.

First, we need to drop our “shoulds” in the moment, adopt a more “go with the flow” mindset, and accept that there will always be things that crop up that we won’t necessarily be overjoyed about.

Believe that that is okay (and that it may ultimately be in your best interest), and, as Niebuhr said, try to cultivate the serenity to accept the things you cannot change.

Next, we need to learn not to RE-act unconsciously to stimuli, rehashing our established habitual response to some perceived stressor. (“I can’t believe you’re doing this to me again!”)

Instead, we need to develop a modicum of detachment and learn to observe what is occurring without identifying with it. That goes for both external processes and internal thought processes.

People forget that no matter what happens, there is always a multitude of angles to view it from, all of them complimentary. Too easily do we adopt the idea that our own personal viewing angle trumps any other.

It can be an extremely useful and healing exercise to step into another person’s shoes and try to humble oneself enough to see things from their perspective.

If it’s too late for you to try multi-angle viewing in the moment because you’ve already gotten swept away on a wave of emotion, all is not lost. You can still step back from your emotions—they are not you.

Any thought or feeling we can observe (which is all of them) must be something less than the totality of who and what we are. We can train ourselves out of unconscious identification with our transient thoughts and feelings, thus, becoming the master, making emotion the servant.

Given the realization that we have a choice between neutrality, humor, indignation, sadness, pain, anger, or even joy, in virtually any given circumstance, why would anyone consciously choose anything other than enjoyable psychological assessments of and responses to events—or at the very least, relatively peaceful or neutral ones?

And yet, we do—all the time. Through effort, however, we can cultivate the mindfulness that allows us to recognize in the moment that we are the ones who choose our thoughts and feelings, no one else.

I can think of an unfortunate time when I squandered the present moment as a result of a lack of perspective and slavery to “should.” What followed were counter-productive, anguish-producing mental replays.

On the way home from a day at Sydney University, sometime in 2002, if I recall correctly, I boarded my usual bus home from the train station. Waiting for the driver to set us, his human cargo in motion, I was eventually joined on the seat by a businessman garbed in suit and tie with accompanying briefcase.

But he didn’t just sit next to me; he sat almost on top of me, needlessly squashing me up against the window—an aggressive gesture, which I passively (and regrettably) accommodated. Apparently Mr. Briefcase was having a bad day.

Huddled silently and awkwardly against the interior wall of the bus for the duration of the trip, I made no indication of my dissatisfaction with the seating arrangement.

Instead I waited until my bus stop was not far away before reaching up to press the “stop” button. At that point I politely said, “Excuse me” and made it quite plain that I intended to alight—standard bus etiquette all in all.

Well, apparently my new friend found my social etiquette somewhat lacking—and little did I know that it was his stop too.

So, to my complete amazement, as I dismounted the communal “carriage” and began the short leg of the journey home on foot, I was shocked and baffled to hear a stream of profanity and insults being directed at my back from some distance away.

Yes, Mr. Briefcase was having a real bad day—and evidently was looking to take it out on me!

I don’t remember most of what was said as we exchanged barbs while walking in near-opposite directions, although I do recall becoming highly offended and indignant at this completely unprovoked attack.

I was outraged—fuming—and my biggest mistake was that I was certain it was all his fault that I felt this way.

I neglected to notice that I didn’t need to be offended; that I had a choice as to how I could respond; that he was probably going through some major personal difficulties and wasn’t coping very well—and so on.

In fact, I stayed outraged for at least a week after it. How dare he!? My blood boiled and I made all the classic mistakes. I replayed the event in my mind endlessly for days afterward. I judged and labelled Mr. Briefcase and his behavior according to all my “shoulds.”

I imagined future scenarios where I might have a chance to confront him again; only I would stay calm, and calculatingly best him verbally, putting him in his place. My thinking was compulsive and totally out of control.

My emotions had enslaved me and I was at their mercy. I was unwittingly practicing the classic victim mentality.

In hindsight, my total lack of self-control and mastery over my thought patterns is amusing—hilarious even!

My complete lack of perspective caused me to not only fail to see the humor embedded in this ludicrous situation, in which a fully grown middle-aged man clad in business attire and clutching a snazzy looking briefcase acted like a petulant two-year-old toward me; but it also caused me to torture myself for days afterward by replaying the “injustice” of it all in my head.

If finding the lighter side of adversity or confrontation comes to you with as much difficulty as it did for me during this incident, then try to cultivate the habit of observing, and then observing yourself observing.

You’ll be amazed at the number of cognitive options you see at your disposal that would go completely unnoticed if you were identifying with your perceptions, beliefs, and judgments, and the feelings flowing from them.

No identification, no suffering. From an “observer space” you can consciously choose what to think and feel—you have options. Identification, on the other hand, leads to transient reactive emotion (often some form of pain).

In identification mode, you can be upset and offended and will judge and label instead of observing.

This often leads to festering resentment, and the aforementioned mental replays of an upsetting incident ad nauseum, thus allowing the “culprit” to live rent-free in your mind. (“I’m not going to let them get away with that!”)

However, once a troubling or challenging event has passed, if there are still lingering thoughts and replays running in my mind, I find it a useful strategy to get honest with myself and ask: “Who is thinking my thoughts? Who creates my emotions?”

Obviously, the answer is me, so, therefore, I am the one who is now causing myself the grief. Whoops.

Knowing all of this, I can acknowledge that I—and I alone—get to choose what I believe and think, and therefore how I feel.

Observing that is a powerful thing!

Brendan D. Murphy is a rising Australian author, musician & contributing writer for several consciousness-based magazines & websites. His forthcoming science-meets-metaphysics non-fiction epic The Grand Illusion: A Synthesis of Science and Spirituality (Vol’s 1 & 2) is due in mid-to late 2012. Visit him on Facebook.