Why Empathy Can Sometimes Help More Than Advice
By James Gleason 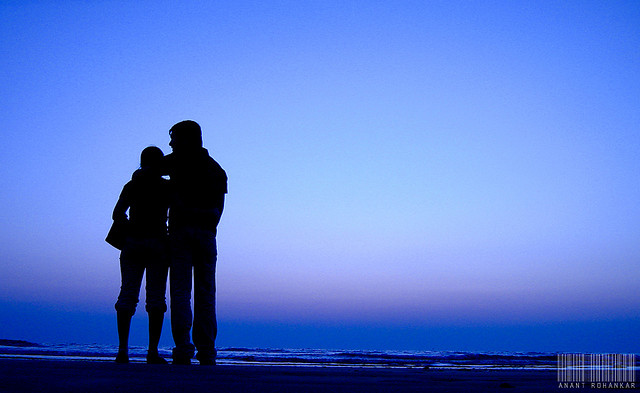 “I have just three things to teach simplicity patience compassion these three are your greatest treasures.” ~Lao Tzu

I have two teenagers. Anyone with children knows these years can bring their challenges. One minute they behave like a four year old and the next they are as mature as an adult. These fluctuations can pose difficult times.

One day, after a particularly emotional and tough interaction with my son, I called my mother for advice. She had by all accounts raised three successful sons.

After a long and detailed discussion of what had happened, she said, “Oh honey, I’m so sorry. It’s so hard.”

That was it, not a single word of advice—just some empathy. I pictured her on her old fashioned phone with the rotary dial and the wires just making a simple statement. I was frustrated. I wanted advice; I wanted some magical activity or action plan that I could use to make it better.

In my opinion this interaction with my mom was useless.

Feeling frustrated, I called a very dear friend who has two teenage children and whose mother is a PHD psychiatrist. With children the same age, we had been sharing child-rearing stories for many years.

I figured with that level of education his mother must have some advice. I gave him a short synopsis of the story and asked if he thought his mother could provide some any advice. “Oh yeah…” he responded, in a way that I knew there was a story to follow.

He told me that a couple of weeks earlier he had been working on a project in London that required working sixteen hour days. Exhausted from both the hard work and plane ride home, he landed in the US after a long flight home.

When he landed he turned on his phone and saw an email from his mother. Delighted to hear from her, since he had not corresponded with in a while, he read the email immediately.

The email was very a long description of her concern for him. While the email was articulate and detailed, it was full of detailed changes of he “should” make for both his children and his family.

He interpreted the message from his mom as criticism that he was not doing what he should, and his own mother was telling him he needed to change. Before deleting the email he responded to his mother, “Please don’t send any more emails like this.”

Even as he retold the story I could hear how much the email had hurt his feelings.

My dear friend is thoughtful, articulate, kind, hardworking, good looking, and brilliant. My own wife often says that she wishes I were more like him. In short, he’s a great dad and a wonderful husband.

Advice Is Not Always What We Need

After hearing this story, I realized there wasn’t anything my mother could say that was going to help me in my situation with my son. Advice from her about what I “should” do differently was going to feel like criticism or be impossible to act on.

I had created my own problems and could create my own solutions like most of us can. Often times we simply lack the confidence or the self-respect to make the necessary changes.

Even though I did not know it at the time my mother’s simple empathy and acknowledgement of the difficult situation was the thing I needed.

I wanted a magical solution, but it didn’t exist. Her empathy and acknowledgement of the challenge was all I needed. Like most advice, we seldom know we need it when we receive it. If it’s truly useful we absorb it and use it without thinking about it.

Today when I have problems with my teenagers, I hear her voice telling me, “Oh honey. It’s so hard.” Sometimes it is, and that’s okay.

Remember, when someone calls for personal advice the most valuable thing we can do is acknowledge the situation without judgment and remind them that we care deeply. My mother does it with a Bostonian’s paucity of words. Most of us need to say more.

In an effort to remind myself of this lesson, I have created a simple picture of the old fashion telephone my mother used until very recently. I post the picture in my workspace where I receive the majority of my calls.

It’s there to remind me that most people do not want the instructions on “what to” or “how to” fix their problems, but rather to be reminded we care, are willing to listen and understand that sometimes life’s problems are not easy to solve.

James Gleason is an author and motivational speaker who just released a book of motivational stories and pictures Big Button Little Button: Powerful Pictures For Permanent Change, which is available now on Amazon.com.  He can be reached at Gleasonpictures@gmail.com.

Why No One Wants Unsolicited Advice (and What Actually Helps)