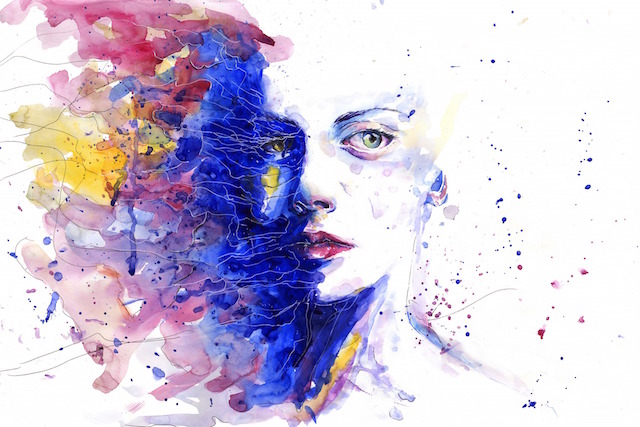 “How wonderful it is that nobody need wait a single moment before starting to improve the world.” ~Anne Frank

We’re all just spiritual beings, bumbling along in human bodies, trying to make our way.

Trying to find the delicate balance between living in a physical world and embracing our higher selves.

In my quest for spiritual enlightenment, I learned how to narrow my focus. I learned to tune out the noisy Facebook newsfeed, I don’t watch the news, and I avoid saying things just for the sake of controversy.

For a while, this worked. As my vibe rose, I started living a life more fulfilled and happy. Whenever people around me got hung up on the latest news story, I was content to basically plug my ears and say “nanananana not listening” and go back to my abundance-minded podcasts and books.

I meant well, I really did; my feeling was that if I were to just focus on the problem, then I was only adding to the noise and not helping the world find a solution.

I didn’t want to just shout at what I’m against, so I didn’t shout at all.

But then, Charlottesville happened.

Full disclosure, I’m a white, English-speaking, thirty-something woman living in Canada. I was tempted to do what I’d been doing when it came to the news—avoid googling it and getting the full story. I didn’t want to “add to the bad vibes.”

But for some reason, I felt a pull to understand this one and I could barely stop myself from typing “what happened in Charlottesville” into Google.

I was horrified at what I saw, needless to say.

Let me back up a bit.

As a white woman, I’ve been somewhat self-conscious in spreading an abundance-mindset message. For a long time, I thought, “Who am I to even talk about this, when life has clearly been much easier for me than for some others?”

I was very aware of my white privilege, and it made me self-conscious. I was scared of the backlash I might (rightfully?) receive if I were to spout things like, “You can create your own reality!” on social media.

“What do you know about real life, middle-class white girl?” I was afraid they’d say. “Must be easy for you to say!”

Because, although I’ve certainly had hardships, my life has been pretty charmed compared to others who grew up homeless, or in abusive situations.

So back to Charlottesville. I felt an uncontrollable pull to understand more thoroughly what happened here. Why, all of a sudden, a group of white supremacists felt it was okay to gather and spread their hate. The KKK marched with no masks—just let that sink in for a second.

The things I was feeling went against everything I’d been practicing in my effort to achieve a higher state of enlightenment.

I was angry. I was ashamed. I hurt for my fellow humans, particularly Heather Heyer and her family.

I realized that I could use my white privilege one of two ways: to contribute to the problem, or to the solution.

To say nothing and ignore it would be to invoke my white privilege in favor of the problem.

Because let’s face it, I am privileged in that I could just bury my head in the sand, and it probably wouldn’t affect my daily life. Nobody would shout hurtful racial slurs at me, simply because they feel empowered to. I don’t ever worry that I got turned away for a job because of my ethnicity.

Spirituality is a beautiful thing, but not when it causes us to turn a blind eye to the experience of our fellow humans, under the guise that they somehow “attracted” it.

Because even if that’s true, does that make them any less deserving of our support and compassion? Of course not.

The problem is, fighting against something just makes it bigger and gives it more power. So how can we affect real change?

I don’t have all the answers, but here’s the beauty I see coming from all this:

The victims of these hate crimes died for a reason bigger than themselves, and not in vain.

The world is at a crucial boiling point that would never have been reached if these people didn’t feel empowered to show their true colors.

All the hatred is coming out, and while it would be better if it didn’t exist at all, this is actually a good thing, because you can’t have real equality when the problem is swept under the rug.

It’s caused me (and countless others in privileged positions) to check themselves and question their beliefs and behavior.

More people than ever are using their voices to make the world a safer, and more compassionate place.

You don’t have to sit and stew in the problem with those affected in order to show your support. I’m not saying you have to put all your energy into fighting against the problem. You don’t have to feel guilty for being white (if you are too), and nobody’s accusing you of being a racist.

But we can have each other’s backs.

Simple things make a difference. Like actually listening and believing someone when they talk about their experiences, instead of shrugging them off because they’re “being dramatic” or “too sensitive.” Telling your family or friends when they make an insensitive (and so not funny) joke. Catching yourself when you make snap judgments about someone based on their ethnicity and shifting your behavior as needed.

We’re all doing the best with what we have, and compassion goes a long way.

Shelsey is an online business mindset coach for woo-curious female entrepreneurs. She loves singing (and not just in the shower), and loooooves a glass of wine at the end of the day with her two kids and husband. Get a free eight-minute money mindset meditation at leftbrainedhippie.com/money-mantras.

Share Your Privilege: Your Story Could Change Someone’s Life