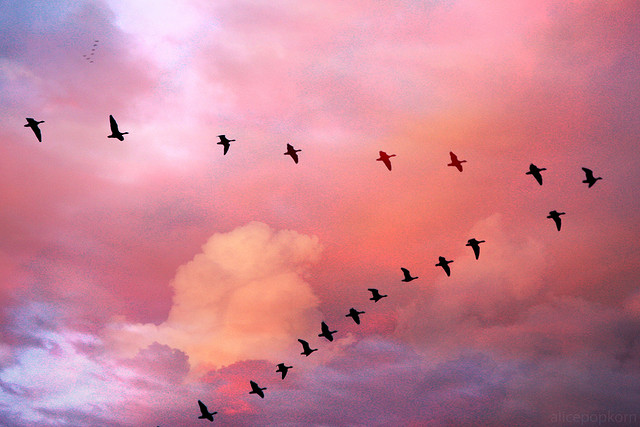 “You must love in such a way that the other person feels free.” ~Thich Nhat Hanh

I’ve read a lot of articles about loving without attachment and respecting other people’s choices, but it wasn’t until one day that I truly got it. And I will tell you what happened to me that day.

My boss and I have a very special relationship. He’s the boss everyone would want to have. He appreciates me for my work and for everything I do. He thinks that I’m a great kid. Every time he has the chance, he praises my results and he shows his confidence in me and my work.

One day, I decided to go to a job interview at another company. I wasn’t planning to leave; I only wanted to see what other companies have to offer. And I told him about it.

His reaction was a complete surprise for me: instead of thinking of himself and offering me everything just so that I wouldn’t leave, he told me, “Andrei, go to the interview, and if you think that’s better for you, then go.”

It was obvious for me that he wasn’t okay with me leaving. He loved my work and he wanted me to stay, but he understood something: the most important thing is for me to be happy. And that made the difference.

He was thinking of me instead of thinking of himself. It was a breakthrough. Instead of forcing me to stay and granting everything so that I don’t leave, he offered me a choice. And choice means freedom.

It meant that I got to compare. I got to see what others have to offer and then choose what is right for me. And of course, when I get to choose, I choose what makes me happy. So I went to the interview, realized that my current project was better than the new one, and returned to work with new forces.

A few days after this I was at home, remembering the whole scene when my girlfriend called and told me that she was thinking of going on a trip for the weekend.

We hadn’t seen each other for a while, and I had made some plans for us for the weekend. But she was thinking of leaving and she wanted to know what I thought about it.

The first thing that popped into my mind when she told me this was: “No! Tell her not to go! We have plans!” But then I remembered how my boss had reacted. I wanted her to be happy.

I wanted her to be able to choose what was right for her. I wanted her to have a choice, as I had, because I understood that choice means freedom. So I told her to go despite the fact that I was a little sad that I wouldn’t be able to be with her.

There are two things that I learned from these experiences.

My boss taught me an important lesson: think about what other people want and need instead of only thinking about yourself.

When someone wants a thing that is in contrast with what you want, there are two choices of action. The first is convincing the other to do the thing you want. This path empowers you. You will be satisfied, but the other will not necessarily be happy with it. By following this path, you take a risk by thinking that you know what is right for the other one. And you might fail.

But there is another path: presenting your choice, but supporting the other’s choice. This path is more beautiful and more powerful because it empowers the other. You may or may not get what you want, but either way there is no way to failing.

Freedom is a thing that we all desire because ultimately freedom brings happiness. Freedom means being able to compare the situations—the benefits and the drawbacks—and choosing what is best for you.

They say birds are a symbol of freedom. If you look at the sky and watch their flight, you will understand why. I’ve never seen a bird dragging another one around the sky. Yes, they might fly one near the other, they might eat and sleep near each other, but that’s it. If they choose to drag one another, neither of them will be able to fly and they will both fall down to the ground.

It can sometimes be difficult to respect other people’s choices because it conflicts with our ego. But we all want the freedom to choose what is right for us. And everyone benefits when we all choose to give it to each other.