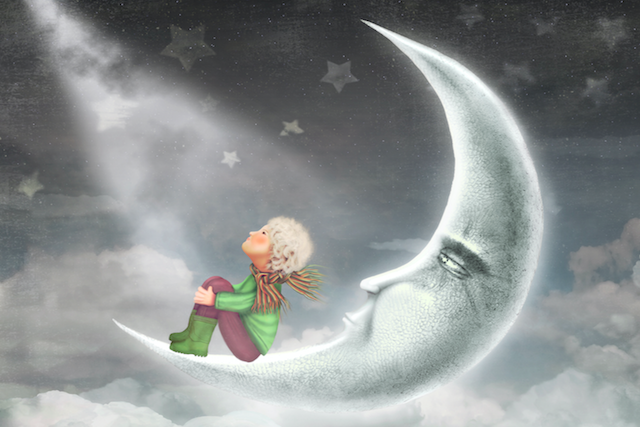 “If it is important to you, you will find a way. If not, you’ll find an excuse.” ~Unknown

“The truth is,” she said, “if you can’t put fifteen minutes a day into your art, then you’re making an excuse.”

I squirmed in my seat.

It was February 1, 2011, and I was on the phone, interviewing Michele, a professional artist and artist’s mentor, for an online course I created.

Michele was sharing what she tells the artists in her mentorship program who complain of not having enough time to do their art. Her words were intended for her mentees, but it felt like they were aimed directly at me.

As an artist myself, I knew making art made me happy—made my whole day go better, in fact—and yet I was always too busy to do it. Was I just making an excuse?

I didn’t want to admit this truth to myself, but when confronted with the starkness of Michele’s statement, I had nowhere to hide.

I’d spent years believing I needed big chunks of time to make my art, but if fifteen minutes a day worked for Michele and the serious artists she mentored, maybe I was clinging to a false story, operating under a “self-installed glass ceiling” that was limiting my beliefs about what was possible.

That day changed my life. Once I accepted that my mindset was the only thing really getting in the way of my “impossible dream” of a consistent, prolific art practice, I committed to trying this fifteen minutes a day idea, as an experiment, for one month.

I admit I was skeptical that fifteen minutes would be enough to accomplish much, and I couldn’t imagine that such a short amount of time would even begin to satisfy my hungry inner artist. But waiting until I had big chunks of time to work in my studio had gotten me nowhere.

For over a decade I’d lamented that I never had enough time to do my art. Surely, even fifteen minutes would be better than nothing.

In fact, my fifteen minutes a day experiment resulted in my most prolific year ever. It stretched well beyond that original first month, and in 2011 I created more art than I had in the previous decade—over 150 finished pieces.

But it didn’t just make a difference for my art life. This experiment had effects that rippled out into the rest of my life, too.

When I finally made space in my day—even just a handful of minutes—to do something I loved but had somehow been resisting for years, I realized that my previous “inability” to find a way to make time for my art was, as Michele had said, just an excuse.

However, I had clung to this excuse not because making art wasn’t important to me. To the contrary: it was precisely because it was so very important to me that I couldn’t seem to get myself to do it.

Sometimes we make excuses to avoid unpleasant things, it’s true. But human psychology is complex. Perhaps just as often we make excuses because we want something so much it hurts.

On the surface, this doesn’t make logical sense. Dig a little deeper, though, and things start to become clear.

“If I do this thing that I really want,” we might think, “I might prove once and for all that I’ll never be any good at it.”

Or, “If I step into this bigger identity for myself, I’ll have to let go of my comfy, old identity. People might expect more of me, or they may be threatened or disappointed.”

And, ultimately, “If I do this, everything might change, and change is hard!”

No wonder we resist! It feels so much safer not to try at all.

There are infinite reasons why we make excuses not to do what’s important to us, and the more important something is to us, the more likely we’ll resist it.

How to break the cycle? By looking resistance square in the face and taking responsibility for finding a way instead of finding another excuse. By acknowledging what is really important, and committing to making it a priority.

When I finally took the big, scary step to put just a tiny bit of time toward my art every day, something shifted. I started to notice other ways I’d been avoiding things that were important to me.

Suddenly, the “sensible” reasons I’d given myself for not going after other important goals shone forth as the excuses they really were, like ping pong balls under black light.

As for my story that I didn’t have time to get to the gym or to go walking every day—I accepted that this was simply an excuse, changed the paradigm, and brought the gym to me: I set up a cheap treadmill in my studio, so I can walk while I work at my computer. It’s now a rare day that I don’t walk at least five miles, and ten or more is not unusual!

And about my story that I am, and will always be, something of a slob—I accepted that this was just an excuse, too, and I’ve been clearing out clutter, getting rid of stuff little by little, slowly getting closer to the spacious, organized home and studio I really want.

It won’t happen overnight, but my fifteen minutes a day commitment to my art showed me that baby steps, over time, will take you further than you ever imagined.

If something is important to you and you haven’t found a way, don’t give up! Don’t just accept that it’s not important to you if your gut tells you that it is, but do look at where you might be spinning stories, creating excuses for yourself.

If you accept that your excuses may be the only thing between you and your dreams, you may be surprised at what you can change in your life.