Why We Need Mistakes and Failures
By Jamie Hoang 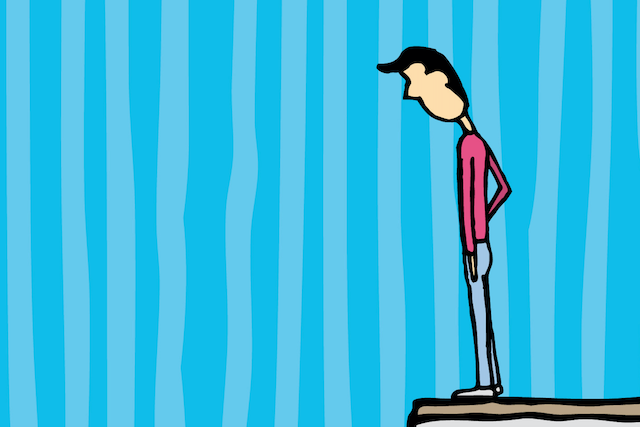 “The greatest mistake you can make in life is to be continually fearing you will make one.” ~Elbert Hubbard

The keynote speaker, Dr. Lynda Chin, surprised me by talking about failure. A scientist, Dr. Chin is the first to admit medical mistakes. She talked about cancer-related pharmaceuticals having a 95 percent failure rate, because the medication needs to be tailor-made to the individual.

I had never heard someone in a high-ranking position admit to failure so freely. But as she put it,  “There is no success without failure. There are no experiments that succeed before first failing.”

So in essence, failure is the stepping-stone toward success.

Another person who inspired me that night was Keiji Asakura, an urban design and landscape architect. A botanist, without the degree, he was a lover of plant life. Asakura was another model of someone who was able to take his mistakes and use them as the fundamental building blocks of his successes.

One day nearly 10 years ago, his company filed for bankruptcy, and on the same day his wife asked him for a divorce. Life couldn’t have been any worse. In the depths of despair he asked himself, “Why do I do what I do?” The answer: because I love it.

Because he loved it. Hearing those words from someone not in entertainment reminded me of why I do what I do. Because I love it. Without that love there would be no point in enduring this much anxiety in anticipation of something greater.

People tell me all the time that they admire me for going after what I really want. But people only see what they want to; they forget that behind every truly large success, there are a million failures. For every good sentence that I write, there are thousands more that need to be rewritten.

So far, in my adult career, where I’m at now is my lowest point. There is nothing on the horizon that promises that the work I’m doing now will pay off. My life is a gamble.

My dad actually—I say “actually” because he only inadvertently supported my career choice—said, “In every business there is a risk, but without risk there is no potential to prosper. You simply have to take it.”

He was talking to me about opening my own business, offering support for any kind of endeavor I might wish to take on. Little did he know, those words would be the tipping point for a drastic career shift.

I was talking to an editor of mine the other day and he asked me how I was liking Houston. As I began describing the things I love about the city, he told me he was jealous because it sounded like paradise.

I won’t go into details about our conversation, but the gist of it was that I felt freer to be creative in Houston than I ever did in Los Angeles.

The drive toward fame and fortune, in the city where dreams come true, overshadowed my desire to write. While I was trying so hard to stay on top of the latest restaurants and lounges as a means of networking (which honestly led me nowhere), I found that I had no time to do what I came to LA to do, which was telling stories.

In the four years post-college, I wrote nothing of substance, not because I had nothing to say, but because I didn’t have the time to write it down. Epic fail.

My greatest fear right now is that I’ll never truly succeed as a writer.

I fear failure like a deer fears a lion because, while I don’t mind the chase now, I know I’ll ultimately tire. Truthfully, I don’t trust myself not to trade my dreams for stability as age creeps up on me.

It’s not that I fear getting older—I have no desire to relive my twenties. What I am afraid of is that my book will so poorly received that I’ll let failure win by giving up. I come from a harsh background where support is given in the form of criticism, so I’m also afraid of losing face.

No ever talks about their failures except in retrospectives, and usually it is waived off in passing as something that had no bearing on their current success. But I bet it did. I bet that it propelled them forward and, if only indirectly, influenced their future decisions.

Instead of looking at failure as a ghost lurking in the corner, I’m working on embracing it and making it my own.

We have a saying in Hollywood that goes, “When you fail, you fail upward.” That’s because failure is just a stepping-stone toward success. Without first making mistakes, we wouldn’t know how to succeed.

The keynote speakers at Houston’s Asian Chamber of Commerce’s 22nd Annual Awards Gala all had something in common: failure before success.

I believe that life is a giant learning experience and every pitfall and disappointment leaves us with a stronger foundation to stand on, as we begin again.

Everyone talks about fear being the thing that holds us back, but if we learn to appreciate our failures then there is nothing left to fear.