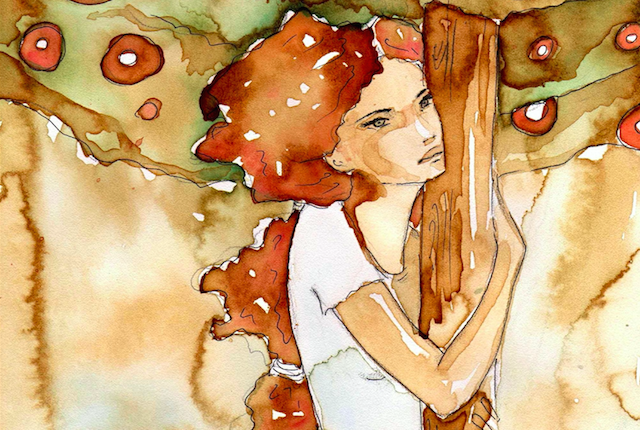 “It hurts to let go, but sometimes it hurts more to hold on.” ~Unknown

When we’re deep into something it’s hard to see clearly and to hear advice from others. It’s hard to focus on a solution when we are consumed with the problem.

It’s the difference between playing and watching a game of chess. It’s so much easier to see checkmate when you’re not the one playing the game.

That’s what happened to me for the last five years.

I spent every breathing moment consumed with a man, unable to listen to those who watched me struggle. I spent five years doing everything I could to try to force a man to love me, and in the process I forgot how to love myself.

For five years I chased. I begged. I cried. Nothing seemed to work. He would come around when he wanted sex but would push me away when he got his fix. It was a never-ending cycle of depression and humiliation.

I destroyed my reputation and slaughtered my dignity with my crazy behavior, and I still couldn’t understand why he would treat me with such little care. But how could he not? I treated myself with so little love and respect, why would he treat me any different?

Still, I couldn’t stop. I was afraid that if I did he would forget me. For five years I lived in fear of losing someone I deeply loved but never really had in the first place.

And then I got pregnant, in the midst of the chaos and passion that was our on-and-off relationship.

Everyone around me pressured me to have an abortion. I knew they were worried about me, but it just wasn’t for me. I don’t know if it was because I was carrying a child from a man I had loved for so long or if it was guilt, but I just knew I had to keep our son.

And even though my ex’s only consistency in life was his pattern of not raising his children, I blindly believed he would raise our child. While everyone told me he was going to bail again, I vouched for him. I broke off friendships and I fought with those who dared to accuse his character.

From the moment I told him, he made it clear that he wasn’t going to come through for me. He hurt me during the most vulnerable time in my life. Then months later he told me he loved me.

We did this back and forth game throughout my entire pregnancy. It felt like an eternal emotional tug of war. It was draining. It was humiliating. It was hurtful. But every time he left I chased him because it was the only thing I knew how to do.

I chased him out of fear.

I chased him for me.

I chased him for our son.

I chased him for the home and family I had built in my mind for so many years.

I chased him out of embarrassment for how others would see me. The possibility that people would think I wasn’t worthy enough for him after I got pregnant was more than I could handle.

And most importantly: I chased him because I was emotionally sick.

Although I was able to pull him in a couple more times after my son was born, only to be pushed away weeks later, I still held on to hope that one day he was going to wake up and realize he loved me. And the three of us would finally be a family.

That never happened, of course. My son and I never got that family. And I now know we never will.

I think the hardest part of this five-year ordeal was accepting that my perspective of reality was just a fantasy I had created in my mind.

For the longest time I held on to this idea of love and my ex. I put him and our connection on a pedestal. I idolized and worshiped every part of him.

But when he blocked me from his life, leaving our son fatherless, that pedestal came crashing down, smashing every dream and every good feeling I had for him.

It was hard to walk up to my friends and say, “You were right.” It was even harder to come to terms with the reality that he is less than perfect.

Part of me hates myself for holding on for so long. I could have saved myself years of heartache and gallons of tears if I had just accepted that I couldn’t make him love me. Instead, I spent years questioning over and over why he couldn’t.

I spent another year trying to force him to be a dad.

He had his first two children in his early twenties. He then had his third child with another woman in his late twenties, and then he had our son in his mid thirties. Four children. Three different women. Three different sets of circumstances and times in his life. All the same result.

He is now in love with someone else. As expected, a baby-free someone else. And he is committed to her—which proves that when a man wants to commit, he will commit. There is no need for us to beg and chase him.

If a man is not committing to you, or your child, he just doesn’t love you.

It might sound harsh, but that’s just the way life is.

Loving someone who doesn’t love us back, or even worse, someone who loves someone else, is the most painful thing in the world. But the most important thing we can do for ourselves is accept that certain things are beyond our control and take responsibility for the things that are.

We need to listen to that inner voice that tells us we deserve to be loved. And we need to accept that some people will never love us, no matter what we do.

The grief and the pain will eventually pass. And this will open the door for us to find someone else who will truly love us and give us everything we wanted with our ex.

But first we have to give up hope. It will never be the way we want it to be. That person you’re waiting on won’t wake up one day and realize they loved you all along.

Giving up hope is the hardest part of moving on, but it’s the most important.

If I had spent the last five years putting the same amount of effort into myself as I did chasing, controlling, and trying to get my ex to love me, I would have been president of the United States by now.

How to Stop Neglecting and Abusing Your Inner Child