Why Your Positive Attitude Might Be Hurting You
By Ginelle Testa 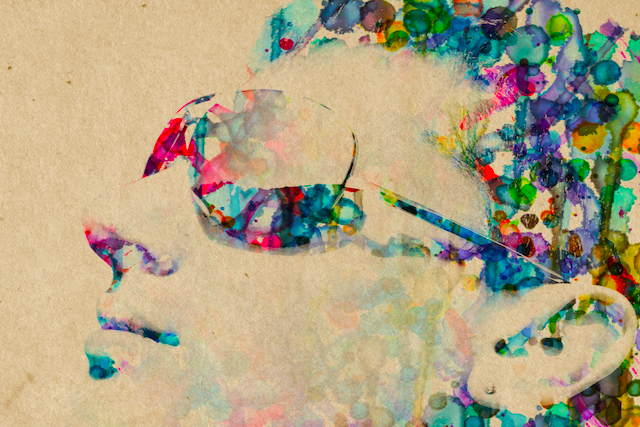 “Positivity is a dogmatic insistence on turning away from what is painful.” ~Susan Piver, Wisdom of a Broken Heart

What if I told you there may be a flaw in positive thinking?

How could being positive possibly be unhelpful?

To some extent, positivity can be beneficial. In my life I’ve found optimism to be quite wonderful, crucial even.

Being around people who are generally positive is just far more pleasant than being around people who are constantly negative. Life seems a little bit more manageable when you can practice gratitude. Smiles are had and spirits are lifted with simple platitudes like c’est la vie and it is what it is! Not only is it helpful, but optimism can actually provide a number of benefits.

There was a study done by the University of Kentucky where nuns were rated on a positivity scale based on their diaries in the 1930’s. Sixty years later researchers found that some of these ladies, aged seventy-five to ninety, were still alive. The survivors were mostly the women who scored high on the positivity test, insinuating that happiness leads to a longer life.

Happiness expert and psychologist Michael F. Scheier says that optimists do better in life than pessimists because they’re problem solvers and have better coping mechanisms. Dealing with trauma from earlier in my life has been made much easier by having these two things at my disposal.

In her Broaden and Build Theory, psychologist Barbara Fredrickson has discovered a model of how positivity interacts with resilience. She states that people who are more positive have more physical, psychological, and social resources. They may be better able to exercise, more able to keep away from rumination, and they have the best of buds to cry to.

When my grandmother died, I was devastated. How could I possibly draw positivity from death? Well, it turns out that I can and I did. My coping mechanism was to gain life lessons. In fact, her passing was the catalyst for me to get sober. I began to cope in a healthier way, without the crutch of substances. I had to adapt to see the sunlight, and optimism brought me there.

I now have great positive coping mechanisms like meditation, playing hockey, and the ability to discuss emotional matters with others. I regularly practice gratitude; I even write a daily gratitude list and send it to a friend. I express my appreciation for things like my job (which isn’t always perfect), being able-bodied, and having financial security.

Don’t get me wrong here, I love optimism; I just can’t help but look at where it fails us.

I used to be the “fine” queen. When someone asked me how I was doing I was always “fine.” Whenever something happened, maybe someone did something to wrong me, like the guy I was dating being a real jerk, it was “fine.” I was the girl who kept the smile on her face.

I was bubbly and eternally positive, no matter what the situation. While on the surface this may seem like a wonderful trait in a person, in practice it meant that my needs weren’t being met, I was letting people treat me poorly, and I wasn’t always listening to my mind, body, or spirit.

To grow from this has been a long journey of realizing that it’s okay (even important) to slow down and take a look at what’s going on. It’s necessary to give my feelings space and let them come out to play. I learned this through heartache after heartache. Breakups, dreams crushed, and death—all of these things helped me to discover that I deserved my own presence.

Heartbreak shook me to the core, leaving me feeling like I’d never be okay again. The feelings I had at that time demanded to be felt; there was no getting around it. In order to move past the suffering, I needed to feel it. I couldn’t tell myself I was fine or that everything was going to be okay. I just needed to sit with the hurt.

Sure, there were good things that came from heartbreak like lessons learned and new opportunities, but there were also times when I just needed to feel, heal, and deal. I needed to look my heartache squarely in the face, cry, and let my facing it begin to repair the damage done.

My dreams were crushed when I got into an Ivy League university and realized that I couldn’t attend for financial and personal reasons. I was totally devastated. Through this, though, I realized that it was okay to hold my sadness. I was allowed to hold joy for being admitted in the first place while I could also leave space for my tears.

Man did I spill tears when my grandmother died. It felt like my heart had been put through a meat grinder, and the pieces were never going to fit back together again. I cried in the grocery store and at the mall, I couldn’t mask what I was feeling. I couldn’t plaster that fake smile on, and when someone asked me how I was doing, the answer was often “not so good.”

Little did I know that these experiences were gifts, moving me closer to being with myself. They encouraged me (with much force sometimes) to be with my truth, to be with the heart of the matter without turning away.

It’s also leaning in, asking myself, “What’s going on, darling?” and listening to the answer, however difficult. It’s being able to sit with that raw feeling of vulnerability in my chest.

Instead of being with what’s in your heart, many people put up a wall. Susan Piver puts it beautifully in her book Wisdom of a Broken Heart, “Positive thought is a method of stepping away from what ails you rather than toward it.” You’re often stepping away with avoidance, because who wants to feel the tough stuff?

Leaning into that takes work and courage. It’s a societal norm to avoid feeling pain. We hate it; we’ll avoid it at all costs. That’s just what we do: mask our struggles. At work, in life, even in relationships with loved ones.

There’s a pressure to be okay and put a game face on. This pressure comes from the idea that you should always aim for positivity, in all cases. This is what Susan Piver coined the “Cult of Positivity,” continually turning away from what is uncomfortable and painful. I have two big bones to pick with “positivity:”

1. I don’t believe the bad in the world has happened because you were too negative.

2. I don’t believe that looking at the bright side of things is always the answer to solving life’s problems.

There are those who believe that positive thinking undoubtedly makes their lives much better. In many ways this is true. However, not so much when it comes to what happens to you in the world. No matter how positive you think, the outcome of your cancer is going to be the same.

Alternatively, you can have wonderfully positive thoughts and still end up homeless or jobless. I dislike the idea of a “positive mind, positive life.” It ends up victim-blaming because people may feel at fault for something they had no control over.

I’ve experienced this as someone who deals with mental health issues. I’ve had people tell me to just suck it up and think more positively. Don’t you think if it was that easy there wouldn’t be mental illness? No one wants to be depressed. It’s just not that simple.

Optimism doesn’t cure crippling bipolar or bring you out of a depressive funk. Telling someone that they can control the outcome of their illness is just placing blame when there’s no blame to be had.

The idea that someone has control over all outcomes in their life baffles me. For example, the book The Secret is about the Law of Attraction. What you put out in the world is what comes back to you, according to author Rhonda Byrne. If you put out those positive vibes you’ll reap the rewards, like a good seat at the movie theater or a gorgeous partner.

Next, always looking on the bright side to answer life’s problems is just a way to avoid feeling. It’s superficial. It’s okay, important even, to be sunny, but it becomes problematic when your feelings are lying untouched below the surface. There’s nothing to be gained by lying to the world and saying that everything is fine when it’s not.

Sometimes I feel like I need to “practice gratitude” when I’m sharing my struggles with a friend. I’ll tell them all about what’s ailing me, then I’ll quickly bookend my concerns with something I’m grateful for.

While gratitude is a magnificently powerful practice, I may be selling myself short here, missing out on digging just a little deeper into what’s going on. Instead of turning away from my suffering, I could turn toward it to take a peek and to let it be felt.

So, what to do with all of this? Next time a close friend says “good” when you ask them how they’re doing, try asking them how they’re really doing. You’ll likely take them off-guard, but it’ll worth it to help them open up. Listen to their answer.

In yourself, watch for those moments where you’re quick to shut a feeling down. Look out for “buts,” like when you say, “I had a crummy weekend but it’s totally fine.” Practice just letting the tough stuff hang there. Don’t try to make it better for a moment.

Of course, eventually, you do want to move on, and positivity can come in here. Once you’ve looked squarely at your stuff, then is the time to find something to be grateful for. It’s the time to make a joke or spew a platitude. Then you’ve really honored yourself, allowed yourself to be seen. Because only when you’re seen can the real healing begin.