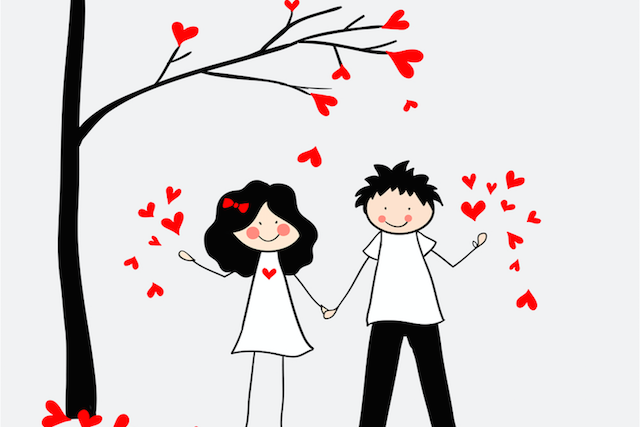 “Love never dies a natural death. It dies because we don’t know how to replenish its source.” ~Anaïs Nin

As a long-time commitment-phobe, my love life has been somewhat inconsistent, to say the least, but this year it seemed I’d finally met someone I was ready and able to think about building a future with. Still, along with this feeling of hope came some challenges that I had never experienced before in a relationship. (And yes, it did occur to me that maybe these two things went together!)

I knew I loved my partner, but we often seemed to argue about nothing in particular. This was bewildering to me. I really couldn’t understand what had gone wrong! But, thanks to her patient reflecting to me, I recognized how I was contributing to this pattern, and why I needed to alter my own attitudes and behavior rather than blaming my partner and expecting her to change.

I began thinking about all this because it was frustrating to get into a shouting match but not be able to remember what had kicked it all off, only to realize, at the end of it, that we could both have used that time in many more enjoyable or productive ways.

I was sick of feeling stressed about it all, so when the opportunity came up at the local community center, I took a mindfulness class. My expectations weren’t that high, to be honest, but I was ready to try anything!

One challenging exercise was to take a step back from reacting when things got heated between us so that I could see more clearly what was actually going on, what I was doing to fan the flames, and some ways I could change.

One bad habit, I discovered, was how I would often interpret what my lover had said to me in the most negative possible way. If she told me I seemed tired, I’d worry she was saying I wasn’t as good in bed; or, if she said I was looking “healthy,” I’d think she meant I was putting on weight.

I had been too ashamed to actually share these thoughts with her, to see if what I was hearing was what she actually meant. But finally, I couldn’t avoid it any longer. So I plucked up the courage to share these vulnerable feelings, only to discover that I was creating almost all that negativity in my own head.

I realized that my interpretations stemmed from my own low level of trust and self-confidence; and that I needed a lot more reassurance from my partner than I had been willing to admit.

I understood how, because of my history, including the strained relationship I’d had with my parents when I was a child, I found it hard to accept love, even from the person I was closest to. This was hurtful and frustrating for her, and it was making me miserable.

In a strange kind of twist, I was nervous about being happy, even though it was what I wanted, because that meant the risk of being hurt and disappointed, as I’d been in my childhood. The only antidote to these fears seemed to be to learn to love and accept myself for who I was, and not be dependent on getting approval from anyone else.

My partner has been very supportive with this, and paradoxically, this sense of greater emotional independence has made it possible for me to risk being, and feeling, closer and more loving with her.

After reflecting more on the roots of conflict in our relationship, I identified our three main types of communication and saw how confusing them could easily create a mismatch between the intention of what we were saying to each other and how the other interpreted it.

This often led to an argument, which was nothing more than two people with different perspectives each pointlessly trying to convince the other that they were right—a futile pattern that were both keen to avoid.

You might recognize some, or all, of these; if so, what I learned about how to defuse them might work for you too.

These are statements of fact about the experience of the person sharing them—i.e.: “I feel nervous when you drive that fast”—so there’s no point in disagreeing with them.

My mistake was to respond to this kind of statement as if it were my partner’s opinion, and then disagree with it.

Or, I’d respond to personal statements, such as “I feel like you don’t listen to me,” or “You don’t prioritize sending time with me” with a rebuttal, such as “What do you mean, of course I do,” or defensiveness, i.e.: “You’re always criticizing me!”

Denying her reality like this was a sure way of disempowering and upsetting her. Instead, I’m learning to be more tuned in to how she’s feeling, and to respond in ways that validate this and show that it’s important to me.

So now I might respond with, “I’m sorry you feel that way. Can you explain more?” or “Is there anything that I could do differently to change this?” Then I’ll try to act on any response she has given me.

This listening and hearing builds a bridge of trust between us, rather than the wall I used to put up, and makes it much easier for us to find compromises and solutions. It changes from being a zero sum conversation to a win- win.

If you ever deny your partner’s feelings, take a step back before responding and get curious instead of defensive. It’s not easy, but validating each other’s emotions creates an atmosphere of love, care, and understanding.

The trouble was, we both used to express opinions as if they were facts, the underlying assumption being that one of us was right, and therefore, anyone with a different point of view was wrong. Now, I appreciate and accept that my partner and I can have different perspectives on anything, and neither of us is necessarily more right. I can accept and enjoy our differences rather than being threatened by them.

Formerly, my partner would express opinions like “You’re being selfish,” or even “You work too much!” to me as if they were facts. It was hard for me not to feel judged and criticized.

If she insisted, this led to angry denials. In a perfect world, she would always recognize that these are opinions. But it’s a fact of life that I can’t control what she does, only how I respond to her. So now I try to understand where she’s coming from and why, rather than just reacting, and if I can’t, I ask for an explanation.

Try to recognize when you are stating opinions as fact, or trying to make your partner “wrong.” Communication goes a lot more smoothly when neither person feels judged or criticized.

3. Blaming each other for our own feelings.

I sometimes blamed my partner for my feelings, saying things like, “You’ve made me angry,” or “You’re so insensitive.” Thanks to her patient refusal to take these kinds of accusations on board, I came to see that these statements revealed more about me than her!

With a new awareness of how these dynamics operate between us, I’m able to take responsibility for my own negative feelings, which gives me a much better ability to do something about them, if that’s needed or possible. This also allows me to nurture more mutual trust and intimacy with my partner.

When you’re about to blame your partner for how you feel, step back and ask yourself, “How would I respond if I took responsibility for my feelings instead?” You can still acknowledge how their actions affected you, but you will be doing so from a place of owning your own experience and responses.

Reflecting honestly on this process has been painful and challenging. If you’re at all like me, you may avoid doing any of this work for that very reason. It’s completely natural; we all instinctively avoid pain. All I can say is that, in my experience, it’s more than worth it.

By being clearer about what we are trying to communicate, and more conscious about how we share and listen to each other’s feelings, we can avoid the pitfalls of misunderstanding that could sabotage our relationships. And that will leave a lot more time and energy for what we really want to be doing: sharing love and being happy!

Steve is a Wales-based social entrepreneur, writer, and musician in his sixties who hopes he has finally learned a thing or two about love and life that are worth sharing. Steve set up FeMANism as a forum where men could explore how to be their authentic selves at the same time as supporting women’s equality. Read his poetry at lulu.com/spotlight/stephen_garrett.

How to Re-wire Your Brain for Better Relationships

How to Stop Letting Other People’s Opinions Guide Your Life