Why I Forgave My Cruel, Abusive Father
By Cerise M. Chapman 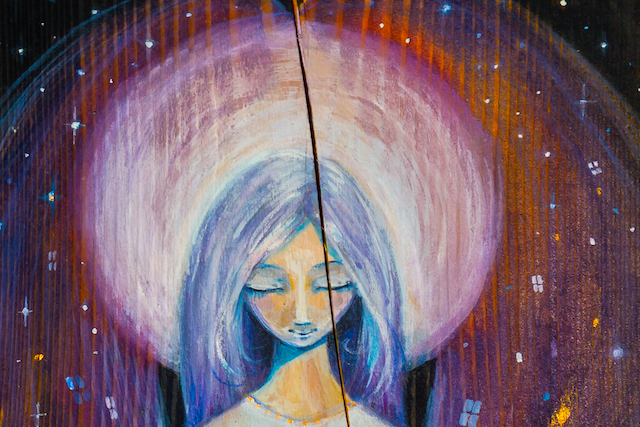 “It’s not an easy journey, to get to a place where you forgive people. But it is such a powerful place, because it sets you free.” ~Tyler Perry

I still remember the day when I told my mother that I no longer wanted to be at home. I’d had enough of so much pain and sorrow, and the constant yelling. Soon after, I watched my mother cry bitterly as she made the decision to get a divorce.

I was ten years old at the time.

My father had always been a very strict man, who used to believe that his ways were the right ways.

He considered himself “successful” because he had his own house, his own car, a high salary, and a family. He was indeed a success at his office, but his employees didn’t seem to respect him.

I don’t remember my father having any friends, nor seeing him invite anyone to our home for Christmas.

Father was always working hard, two daily shifts for five years. He later told me he did that to give us a good future, but he was never present.

I don’t recall him playing with me that much, nor taking us on vacation. And he used to beat me with a belt if I didn’t get good grades at school. He used to drill into my head that I needed to “be better than everyone else.” He wanted me to be as competitive as him, as successful as him. He wanted me to become him.

But that wasn’t the whole reason why my parents divorced. My father cheated on my mother with five different women, thinking my mother wasn’t good enough for him anymore. Later in life I understood that it was he who felt not good enough.

One day he got very drunk and began calling me names like “little cockroach,” because he knew I would never be as good as him. That’s when I lost it.

At ten years old, I jumped toward my father and blindly hit him, with my tiny fists, in every part of his body that I could reach. My mother came running from the kitchen and had to separate us because my father, a mountain of a man, was easily giving me the beating of my life.

That was the last straw for her.

That night my mother kicked him out of the house, and I didn’t see him again for a few years.

After that day, we were shocked, but felt a small piece of relief. Eventually, we found peace.

The divorce helped my mother mature and become stronger and wiser. She was always there for me and my kid sister, playing the role of both loving mother and father. My raising made me think that, if I ever had children, I would never let them live the hell I lived.

Time heals all wounds, or so they say. Eventually, I found the strength to see my father again, at a very sad family event.

He was all by himself. None of his former mistresses were in sight. We spoke few words; I gave him my condolences and left. It had been weird to see my father again after so much time.

One day he fell sick with kidney failure and thought he was about to die. I went to visit him at the hospital, and it was shocking to see my once strong father reduced to a thin ghost of a man wrapped in a hospital gown.

There was no one around to help him but an aunt. No friends, no other women, no one. He was all alone.

I spent days and night taking care of him at the hospital. We would joke around and remember the few good things we shared during my childhood. I soon realized my father was just another kid that had been hit and humiliated during his childhood.

His parents had raised him the same way he’d raised me; therefore, he grew up with those values carved in his heart.

That’s when I realized it made no sense to continue hating him for the horrible childhood he gave me. Life was already giving him a tough lesson. Loneliness can be worse than death itself.

My father eventually recovered and left the hospital. I still speak to him and pay him a visit from time to time to see how he’s doing. He’s still the prideful man I knew as a kid, and he still expects me to become better than him. But now, his words don’t hurt me.

Because of my experiences with my father, I have learned these valuable lessons.

Some people say “Forgive and forget.” I would say instead “Forgive, don’t forget, but don’t let the memory of what happened control you.”

I learned this the hard way, sadly. Some days I would get very angry, and other days I would feel hopeless and unloved. This eventually pushed away the few people that really cared for me.

I couldn’t change the past, and I didn’t like the insecure, angry woman that I had become. I had to release that pain and anger.

One thing that helped me was to write down all the things I wanted to say to my father. I would read the letter as many times as I needed, then burn it. Watching the fire consume the letter that contained all my frustrations helped me ease the burden in my heart.

Some days, when I felt the ugly feeling again, I would put my hand over my heart, say a prayer, and repeat the same mantra to myself over and over again:

“I am here, I will help you. We are in this together. I will protect you.”

These words were powerful to me. After repeating that mantra to myself, I would feel my anger melt away.

We have to release our anger—in private, to avoid hurting the people that love us—in order to make space for love and peace. We learn from the pain, and though there’s no way we can easily push it under a rug, we don’t have to be controlled by the feelings that flood us when we remember what happened.

Don’t let the memory of the past inflict pain in your present life.

2. Forgiveness doesn’t mean you have to include that person back into your life.

Forgiving someone doesn’t always mean welcoming that person back into your life like nothing happened.

There are people who can’t be in our lives without hurting us. These kinds of people need to be loved from a distance. It may be your father, your brother, your former best friend, or your ex. Life is too short to make it harder and more painful by allowing people who constantly hurt us back into our circle of peacefulness.

Some people might view what happened to my father as karma, but it’s hard for me to see it that way. When I learned about his troubled childhood, I realized that’s where his behavior came from. I finally understood why he did what he did. Still, that didn’t make it excusable. What he did was wrong and not acceptable. No matter how bad your past was, you can’t go around inflicting pain on others, thinking it’s okay.

I know a lot of people who had sad, painful childhoods who turned out to be wonderful parents. Pain can give us huge lessons and make us better people.

4. Forgive to set yourself free.

This was the most important lesson in my life. I was the target of bullying at school because, at that time, children who came from broken homes were seen as troubled kids. I hated my father every time someone made jokes about my divorced parents.

Later in life I blamed my father for all my failed relationships. I hopelessly looked for approval from the men I dated, only to be dumped like a hot frying pan.

I was destroying myself with hatred and pain. All this turmoil made me lonely and miserable.

Eventually, I learned that I was the only person responsible of my life, and that blaming my father was a cowardly thing to do. If I wanted to have a happy life, I had to let go of the pain. It wasn’t easy—it took years of self-discovery and soul searching to achieve this—but when I did, I felt like a huge weight had been lifted off my shoulders.

Trying to find something to inspire me, I came across one quote that struck a chord with me:

“Holding onto anger is like drinking poison and expecting the other person to die.”

I was poisoning my life, my few friendships, and myself. I’d missed a lot of the big things in life because I’d spent so much time hating my father and my problems. I learned not to repeat his mistakes, and to pay attention to my own behavior. The past can be painful but it doesn’t have to define us. We make our own present; we are our own person.

We can’t erase the past, but we can choose to let go of the pain in order to live a happier, more fulfilling life.

The road isn’t easy; in fact, there were days when I felt I was taking one step forward and two steps back, and some days I would just curl up and cry. But I kept moving forward because I desperately wanted to get out of that place of isolation. I focused on myself, spent time with family, eventually found good friends, and then finally felt lighter and at peace.

In the end, I learned that forgiveness is not about the other person; it is about ourselves.

Cerise is an avid reader, a huge cat lover, and a writing enthusiast. She likes to write articles and stories that reflect her everyday life to inspire and help others. She enjoys listening to music and is always accompanied by her cat Sebastian. You can read more of her stories in www.morningcoffeenotes.wordpress.com.

Why I Forgave My Father and How It Set Me Free