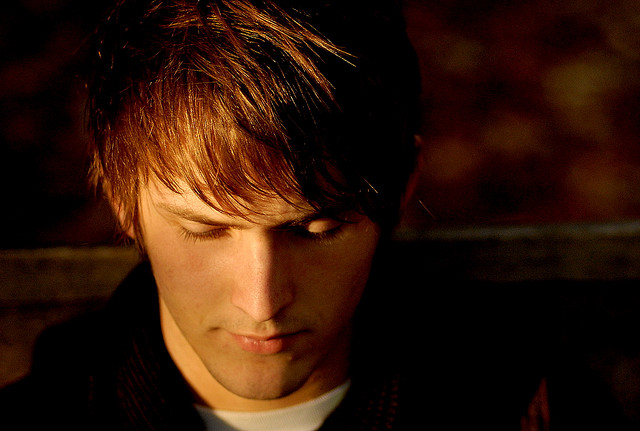 Three years ago I was in the stressful process of applying to colleges. I had my heart set on this one particular school that, apart from being difficult to get into, was perfect.

I imagined myself wearing the uniform and feeling a sense of accomplishment. I’d finally be able to prove to people that I was clever and worthy of going to this amazing school.

A few weeks later I got a letter from the school. I remember getting excited and grinning like a maniac—until I opened it. The school had declined me because my predicated grades were not good enough, while the rest of my classmates had been accepted or put on the waiting list.

I don’t think I’ve ever cried as hard as I did that evening. I’d pinned so much hope on going to this perfect school that the sudden and final rejection hit me pretty hard.

The thought of telling my friends filled me with dread. Even though I was proud of them for getting in or on the waiting list, every time they mentioned going, I had to pretend that it didn’t bring back the feelings of shame and disappointment.

My exams approached, and even though I was absorbed in my revision, the news that on results day I could reapply if my grades were high enough gave me something to hope for, another chance to prove myself.

Results day arrived and my grades were high enough, so off I went to the school with my friend.

We received forms to choose our subjects. I just checked the ones that still had spaces left; that’s how desperate I was to go to this school. What was I, an aspiring film director, doing applying to study chemistry, math, and business?

In the end I still didn’t get a place, but no tears this time. The six-month ordeal had finally come to an end.

Here are four amazing things I’m thankful to have learned about going after the things you want.

Is what you’re going after really what you want? Are you going after it for yourself or for other people? How will you feel when you do (or don’t) achieve it?

As much as I hate to admit it, the reason I was so intent on getting into that school was to prove to the people around me that I was smart enough to get in. I’d spent most of my secondary school life feeling as though others didn’t take me seriously academically because I was a bit of a class clown.

My ego was ready to have me study subjects that didn’t interest me. I’m sure the initial high would’ve worn off pretty quickly upon realizing that I was stuck with them for two years, and if I didn’t do well it would have affected my university application.

Make sure that your goals are yours. Don’t follow the crowd and don’t feel the need to prove yourself to people who make you feel inadequate, because chances are that you’ll always have “just one more thing” to prove to them.

I think we often get so caught up in the race against others that we forget why we’re running it in the first place.

2. Persevere until the end.

If you want to accomplish something, you have to give it everything you’ve got.

Although I wasn’t persevering for the right reasons, I did absolutely everything I could to get into the school. I went to every single one of my teachers and asked them for my predicated grades. I sent an appeal letter to my local council, and as I mentioned, I made one final attempt on results day.

So despite being unsuccessful, when it was over I was able to accept it because there was absolutely nothing else I could have done. If you know in your heart that you did everything you could and you still didn’t succeed, you have no reason to feel bad. You can hold your head up high and say, “I gave it my best shot.”

When you’re going after a big dream, the road will never be perfect. You will fall down and it won’t be pleasant, but don’t let that stop you from going after what you want.

Often people worry about others laughing at them if they fail, and so they never attempt anything that they aren’t guaranteed to succeed at. But remember, nothing great comes from staying inside your comfort bubble and playing it safe.

If you want to achieve something you never have, you have to do things you’ve never done.

The next time you’re stressed because you might fail, imagine what you could learn from your failures. Think of someone you know who is successful. They failed at one point, but you don’t remember them for that because their attempt didn’t end when they failed; it ended when they succeeded.

There‘s more than one way to reach your goal. If you’re not succeeding, try another way. Initially, I refused to allow myself to believe that I could do well at my second choice of school because I was too caught up in the perfect idea of the first choice. It wasn’t until I actually got there that I realized how great it was.

Don’t turn down opportunities because they’re not what you were expecting or because you think you’re above them. You never know where they could lead. Embrace the opportunities that come your way and enjoy your journey to success.

Photo by Will Foster

Chantelle Fairburn is an aspiring film director who blogs about fulfilling her potential by stepping outside of her comfort zone on weareuncomfortable.blogspot.co.uk. When she’s not busy being a student she’s working on film ideas in order to stop describing herself as ‘aspiring’ and fulfil her goal of making her first short film in 2015.