Seeking Outside Approval Is Giving Our Power Away
By Jen Yang 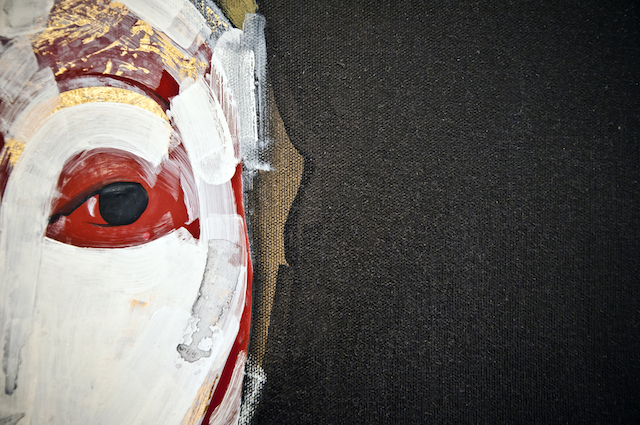 “When you do not seek or need approval, you are at your most powerful.” ~Caroline Myss

Back in the winter of 2012, I was devastated by a sudden near-deaf experience (90 percent hearing loss), which led me to a dead end in my IT career.

“You’ve been overworked. Rest is the only way to recuperate,” said every single doctor.

Leaving my corporate sales job left me feeling like a total failure.

I felt lost, confused, and frustrated as darkness swallowed my self-esteem.

“Why did you have to work so hard and not get the credit you deserved?!”

“Is deafness all you got in return for striving toward excellence all these years?!”

As an overachiever and a perfectionist, I felt overwhelmed by a shame storm.

I was caught up in bitterness and a sense of injustice until one day I realized that I was battling with myself, and the self-loathing quotient went off the chart.

“What do you want, Universe? Don’t you see that I’m suffering?” I ranted out loud like a mad victim.

Even though spirituality wasn’t my thing at that point in time, I literally “heard” a clear voice: “Own it. Take stock of your life now, Jen.” This triggered me to start asking why in heaven I had gotten myself into this mud hole.

Connecting with My Younger Self

With my eyes closed I saw a seven-year-old girl, the little me. She was taught to be very self-disciplined academically, as she was told to excel and work hard.

Her sole goal was for her parents to put her on a pedestal for being good and intelligent.

Since she came from a family where praise was like a foreign language, validating children for trying hard hadn’t been the parenting style in the house. Instead, there was often an attitude that the children could do better—they could work harder to achieve more.

Hearing her parents give random compliments to other kids at the same age irritated her. She could only draw this conclusion: “Doing my best is not good enough, so I need to try even harder, or else I won’t be worthy of love and attention.”

From then on, she constantly craved compliments and approval.

“Jen, great job, keep up the good work!” Those simple comments were like water to her thirsty soul.

Years later, she became masterful at overachieving, perfecting, and competing, which helped her gain “confidence” through compliments from other people.

If she ever heard a negative comment, it could ruin her whole day. She’d go home discouraged and mentally lash herself for not doing well enough.

She didn’t know what to say without first checking other people’s facial expressions. She lived on their compliments as the life stream of her self-worth. Until one day, she realized she’d lost it all. Her physical and emotional wellbeing had gone bankrupt, but worse her authenticity had gone down the drain.

Even now, I can still feel her pain, the insecurity, the fear of rejection, and the strong need to be loved wrapped underneath a people-pleasing mask.

Path of Returning to the Truth

Deep down in my core, I knew that my mother and father, just like many other typical Asian parents, wanted their children to have better lives, and they believed that would come from in excelling in school so they could get better jobs, make more money, and be prosperous.

I still thought that they should’ve done better, because they weren’t mindful enough to give me the emotional support I needed in my childhood. I got stirred up about it, and I even wanted to confront my parents with a letter to tell them what I thought after all those years.

Just before I was about to take action, I heard something from inside saying, “They did you wrong, didn’t they? They didn’t give you what you needed, did they?”

“They sure did!” I replied.

Then the voice asked, “How do you think you would’ve done if you would’ve been in their shoes, with three kids to raise, with a business to run, with aging parents to take care of, and with a load of family chaos to be sorted out?”

This conversation changed my perspective. I realized that my parents had done the best they could with what they had. They couldn’t give me what they didn’t even have themselves. I began to feel ashamed of my immaturity and selfishness.

This time, the shame level was way stronger than it was when I left my corporate job involuntarily and felt worthless.

Blaming is like putting a Band-Aid on a bullet wound; it never works. I realized that I was the one not letting anybody off the hook while busy swimming in the pool of victimhood.

Regaining my hearing after two months was a divine miracle, but I’m grateful that the silence taught me the following lessons about understanding others and releasing the need for approval.

1. Stop seeking validation from others.

It’s great when people believe in us, cheer us on, and make us feel valuable. We love when our partners compliment us or a friend is there to give encouragement.

But you cannot become so dependent on people that you derive your worth and value from how they treat you. It’s easy to become addicted to compliments, addicted to encouragement, addicted to them cheering you on.

But if other people change their minds and stop giving you the compliments you crave, then you’ll feel devalued. If they don’t meet all your expectations, you’ll get discouraged and feel inferior. You’ll start working overtime, people-pleasing to win their approval.

At some point, like a mother weans a baby off a bottle, you have to break your need for external validation.

You no longer need people complimenting you to keep you encouraged. Praise is nice to hear, but you can develop self-sufficiency.

2. Have compassion for others.

The truth is, our friends and family members have their own problems. They are not responsible for keeping us happy and making us feel good about ourselves. Don’t put that extra pressure on them. It’s unfair to the people who are in our lives.

Moreover, sometimes when people don’t give us what we need, it’s because they don’t have it, because nobody gave it to them. If they weren’t raised showing affection to people, and we keep trying to get it from them, we’ll likely end up frustrated.

Maybe they did the best they could. They may have made a decision that we don’t understand, and we may feel like it has put us at a disadvantage, but at least we didn’t have to walk in their shoes.

3. Start approving of yourself.

What people do, or don’t do, doesn’t determine our worth. Our value doesn’t come from another person; it comes from ourselves.

Learn how to compliment and validate yourself. Practice affirming: I am strong. I am healthy. I am highly favored. I am beautiful. I am lucky. (Be creative!)

4. Don’t give your power away.

When a person walks away, wrongs us, or even makes hurtful comments, we need to learn to shake off that disrespect.

Don’t believe the lies that we are not talented enough, attractive enough, or good enough. They don’t determine our value. They can’t lessen our self-worth. The only power people have over us is the power we give to them.

We don’t have to play up to people to try to win their favor. If they don’t want to be in our lives, it’s actually their loss, not ours.

If you learn this principle of not relying on people for your worth and start generating your own approval and acknowledgment, you won’t feel crushed when somebody doesn’t give you what you expect.

The less we depend on people for validation, the stronger we’ll become and the higher we will go.

Jen Yang is a Self-Love Coach, an empath, and a recovering perfectionist. She is passionate about supporting busy professional women to tune into their own feminine power, to feel confident and enthusiastic about their life, relationships, and work, and to claim back their worth. Visit her at Jenyangmetamorphosis.com and on Facebook and Instagram.

How I Stopped Dismissing Praise and Started Believing Compliments