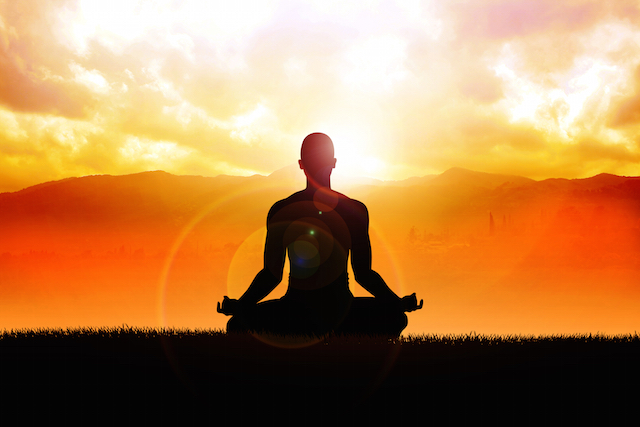 I found Tiny Buddha because I have never dealt with stress and anxiety all that well, and once I became a full-time working mum of two, this had become a real issue affecting my quality of life.

It was one day earlier this year when I was battling yet another bout of the flu, and I’d just learned about something out of my control at work that would make life even harder, that I went rushing by a group of my friends, not even seeing them.

One rang later and asked if I was okay, adding that I had rushed by them with a face “grey with stress,” and had not heard them calling out to me. I realized something had to be done, and that’s how I found this site.

I have never blogged or written publicly in my life, but if any of these help someone out there, I will be so happy to have contributed to the light and peacefulness coming from this site. So here goes.

1. Think “Poor thing…” when you’re aggravated with someone.

Part of the rushing-about modern-day-life thing is the constant irritation and even anger of bumping into other people as you go about your business.

Someone cuts you off in traffic. Someone beats you to the last seat on the train. Your spouse forgets to turn on the dishwasher and now there are no clean plates or cups for the kids. Argh!

Well, I came up with this to help me be more compassionate toward others, and peaceful in myself.  Every time I’m aggravated with someone, I say to myself “Poor thing…” and then fill in the blank.

So now I say, “Poor thing, my spouse must have been so stressed and addled that he forgot to turn on the dishwasher.”

“Poor thing, they must be exhausted to need that seat on train. I’ll go stand by the window; besides, it’s easier to pretend dance to my iPod when I’m standing.”

Or sometimes when I can’t think of anything, I’ll say, “Poor thing, it must be painful to be in such a rush that you end up cutting people off in traffic.”

This makes me nicer to everyone, and more importantly, happier in my own day-to-day existence.  Because being irritated, angry, or in a rush is painful, and that’s punishment in itself.

This one came out of the blue—well, that is, after reading so many of your amazing posts.

I grew up in a family where there was constant blame, and it was always something or somebody else’s fault that something negative had happened.

I then worked in places where you sent emails to the person sitting a meter away, just so you could dig them out later and forward it up higher, to show it was their fault something had happened, not yours. Awful way to live.

Out of the blue, I suddenly said to myself, “I don’t do blame.”

When something negative happens and my brain, out of habit, starts looking for who or what caused it, I step away from the blameful thoughts and tell myself, “That’s just an old habit.”

I just ignore them entirely. I then look at what that negative thing is, and I think of practical ways to deal with it. As a result, my relationship with my husband, my work colleagues, even my parents, has improved immensely.

I no longer get that awful feeling of resentment that comes when you live constantly blaming everything else around you.

After reading this post about the surprising secret to being on time, I was thinking about how I rush around a lot, and how I can’t find a way to stop. Then I thought, well, sometimes you need “urgency,” and I tried to think of when. I thought, in life-and-death situations, like in a hospital Emergency Room, surely you need “urgency” then.

But then I thought about shows like ER or the times I’ve been in hospital, and I remembered how the doctors and nurses always seem decisive, super-efficient, cool, collected, but never urgent.

“Urgency” to me connotes awful feelings of desperation, being rushed, helplessness. When I get something done, even in a situation where time is of the essence, it is done because I am decisive, calm, and efficient—not because I’m “urgent.”

So I reasoned that if ER doctors and nurses can handle life-and-death situations without “urgency,” then “urgency” is never required. I never, ever have to be “urgent”!

I haven’t slowed down to the extent that I walk around in a constant feeling of being on a beach holiday, but I don’t have that stressed-out, hurried feeling anymore. When I need to, I act like an ER doctor or nurse with super-efficient and calm action. (And when I don’t, I try very hard to act like I’m on a beach holiday!)

There is always a “… but” at the end of those sentences. “I have to do another load of laundry…but I don’t feel like it/have run out of washing powder/also need to cook the kids dinner.”

The “but” causes all the stress, but I realized it wouldn’t be there if it wasn’t for the “have to.”

Again, out of the blue I decided to swap “I have to” with “I will,” as in “I will do another load of laundry.”

“I will” sounds like I’ve decided to do it, rather than “I have to” with all its connotations of coercion, pressure, stress, and resentment. This thing is now in my control. There is no room for “…but.”

Suddenly, life is full of things I have decided that I will do, for whatever reason, rather than a thousand things out there making me feel anxious, pressured, and guilty because I’m not doing them.

These are four tiny things that have made a big difference for my everyday peace and living experience. I wouldn’t have come up with any of them if it weren’t for all the fabulous other posts I’ve read here.

I hope sharing them here might now give a little something back to someone out there, and make their daily lives a little lighter and brighter, as well.

SC is another full-time working mum of two trying to find a way to make it in this crazy world!

How Using Your Hands Creatively Can Reduce Stress and Anxiety