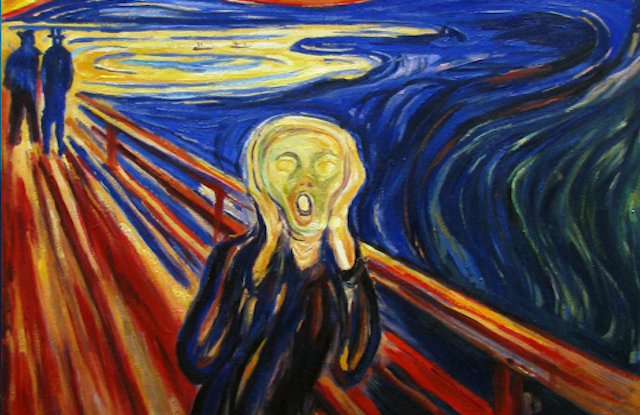 I’ve just given up smoking. Again. It’s a bad habit that I can’t seem to shake because I’m likely to relapse when I’m stressed.

I try to rationalize my destructive behavior—I don’t smoke heavily, I don’t smoke that much since I stick to rolling tobacco which makes thinner cigarettes, it’s fifteen minutes to myself where nobody will question why I’m taking time to do and think about nothing.

No matter how much I justify my bad habit, I can’t deny that I’m dependent on a bad thing to cancel out a bunch of other bad things.

Most of us use destructive methods to avoid difficult things on occasion. We may choose to remain silent in the face of confrontation instead of speaking out and defending ourselves, or we might hide behind our anger instead of admitting that we’re frustrated and scared.

Here’s what I’ve been doing to deal with my feelings instead of avoiding them:

1. Dig deep and think about what’s really getting to you.

In the past, I’d run outside for my fifteen minutes of silence and cigarettes when I found it impossible to communicate the anger and desperation I was feeling. I still have those things inside of me today, so why am I not elsewhere now, puffing away?

Here’s why: I burst. I screamed at myself in frustration and it all came pouring out. A rambling dialogue between me, myself and I revealed that I felt stuck, stupid, and terrified of what my very uncertain future held for me.

Coming to terms with your feelings is a chore—and a painful one at times—but once you’re in the habit of it, the benefits are immediate and endless.

2. Stay committed to communicating your feelings, even if it gets difficult.

I’m dumbfounded by people who don’t let you get a word in edgewise. You know what it’s like; if you’re in an argument or even talking with good friends, sometimes you’re shut out with little space to express yourself.

In group situations, I’d shut up and sit down if I sensed that I wasn’t going to hold the floor at any point. My experiences have been dire in this arena; I’ve been shouted down and ridiculed many times so it’s no surprise that I chose to stay quiet.

When everyone is yelling (or speaking over you) and battling to hold the stage, use your body to communicate instead of your voice. Actions speak louder than words? They certainly do. This is a real attention-grabber, one you’ll have to commit to for it to be effective.

I recommend it as a tool for getting that silence you need in order to make your voice heard when everything else has failed. Try it. You’ll get stared at but you’ll also get the floor.

Drop everything (carefully) and walk away. Don’t worry about people trying to stop you—you’re on your way out before you do something you regret, like lose your temper.

There’s nothing wrong with walking away from a heavy situation and coming back to it after you’ve calmed down. Take fifteen to twenty minutes to clear your mind, stretch your tense muscles, and feel your body working; heart beats, lungs fill and empty, thoughts dissipate. A moment of stillness is enough to cool you down.

If people apprehend you, ask them politely to respect your space. Don’t explain yourself to them. If they can’t take the hint, keep walking until they do.

One thing I like to do is toss books, papers, and laundry into the air. I’ve also smashed dustbin lids while venting. A lot of people will say that this is just as destructive as yelling and screaming at someone you love, but I disagree. Even if you damage something, it can be replaced; a loved one can’t.

Obviously, don’t trash your home, but don’t be scared of expressing yourself physically. It’s immensely helpful for getting in touch with and venting your feelings.

I also like to play music when I’m on the verge of losing it, let it soak into my body, and dance. Sports, the creative arts, cookery, and gardening are excellent forms of physical release.

Embrace what suits you and get a physical as you possibly can with the activity. Channel all of that anger, irritation, or sadness you’re feeling so you can experience and then transform it.

The more I move forward without smoking and the more I write for Tiny Buddha, the more I learn not to deny who I am and what I feel.

When you’re in touch with what you’re really feeling, you’re more likely to understand the situation and resolve it instead of avoiding it.

I haven’t smoked in a month and I feel grounded, real, and alive. Approaching my problems head on has made all the difference.