5 Limiting Beliefs That Sabotage Your Dreams
By Peter Banerjea 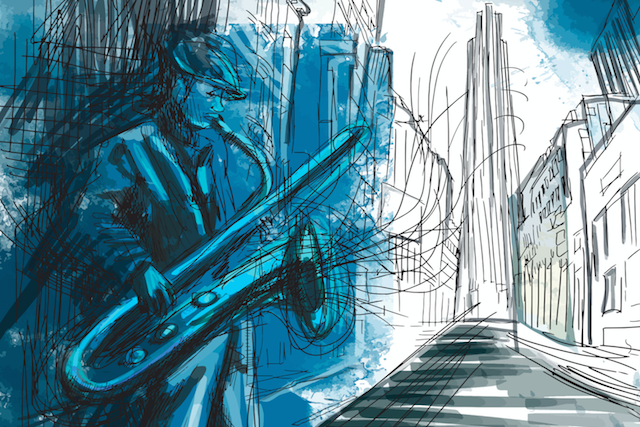 “Remember your dreams and fight for them.” ~Paulo Coelho

You have a dream. Something that you’ve wanted for a long time. But that dream continues to elude you.

You blame circumstances—your daily responsibilities, lack of time, finances—or perhaps your family for holding you back.

What if none of the above is to blame for your dreams not coming true?

What if it’s something else?

Four of us performing. Our band’s name—Oracle. Thousands of fans singing along with us.

That was my dream. Our dream. And it never happened!

In the year 2000, we recorded a demo album and sent it to a few of the biggest recording labels.

But not a single company signed us up.

I was nineteen, arrogant, and thought the world of our music. Not getting a contract anywhere was the last thing I had expected.

I could have kept trying to build a career in music. But I was devastated, so I gave up. The band also dispersed, and we went our separate ways.

I decided to forget about music for the time being, continue my education, and get a job.

After beginning to work in the corporate world, I realized that I truly enjoyed working with people. I had always been passionate about psychology, meditation, and learning more about the mind. So I started working on a new dream—to build my own training firm.

After a long time, I finally had found a career path in something that I was truly passionate about!

Things weren’t easy when I quit my job to follow my dreams again. But this time, I was determined not to quit, no matter how much hard work or sacrifices success would entail. I am incredibly lucky to have a wife who has supported me and encouraged me every day.

Over the years, my perseverance paid off. I am now doing well and growing.

But here’s the funny thing…

I now realize that if I had invested the same amount of time and effort toward music as I had done in my company, I could have become a successful musician.

How do I know this?

Because the fourth member of our band went on to become a professional musician. He now works in movies with some of the most eminent names in the industry.

So why did I fail?

Was it because I didn’t have the talent, the time, or a network of people in the music industry who could support me?

No. I never lacked any of the above.

I failed because of my limiting beliefs.

Our beliefs create our reality.

Our beliefs create our thoughts. Our thoughts determine what we do—our decisions, our everyday actions, and the way we work toward our dreams.

Most of the time, the only things holding you back are your limiting beliefs.

The following are five limiting beliefs that sabotage your dreams.

How difficult does your dream seem to you? Do you feel that you don’t have the necessary talent, money, time, education, network, or other resources?

That’s what I felt like when our demo album got rejected.

If you feel that your dream is too difficult, just ask yourself: What small steps can I take that will take me closer to my dream?

If you want to run a marathon, start running for five minutes every day.

If you want to start your own business, start networking with people in that industry.

If you want to be a world traveler, look for jobs that will allow you to travel.

But why do dreams seem so difficult and so distant?

Usually because of the next belief.

Belief 2: I have to become successful quickly.

How quickly do you want your dream to come true? Definitely sooner than ten years, right?

In the year 2000, I was nineteen years old, and even two years seemed like a lifetime then.

I lacked the patience to work hard consistently. On the contrary, my friend carried on—learning, singing in other bands, and consistently working toward his dreams.

It took him thirteen years to get there after our band broke up.

If that sounds like infinity to you, just ask yourself:

Belief 3: Either I’m famous or I’m a failure.

I can hear you asking, “Your friend might be working in the music industry, but is he a star? Has he played at Madison Square Garden? Isn’t that what the dream was?”

No, he isn’t a rock star, but does he really need to be one?

He’s doing excellent work in one of the most challenging industries on earth, making good money, and most importantly, having a great time.

Maybe you have a specific dream in mind. Does it mean that you have failed if you have only achieved a fraction of that dream?

You might never become a New York Times Best Seller or the CEO of a Fortune 500 company. Does that mean that any achievements short of those goals is a waste of your time?

Do you feel that your time has passed?

Maybe if you were younger, it might have been possible, but aren’t you too old now?

I felt the same—when I was nineteen years old!

In a world where people become stars in their teens or billionaires in their twenties, no wonder we feel that we are too late.

I have a friend who has won three National Geographic contests and traveled to four continents, photographing polar bears in Alaska as part of his expeditions.

He did all that after he retired.

What’s admirable is that he never abandoned his dream of becoming a successful photographer.

If he can live his dream, why can’t you?

What if you don’t make it? Despite all your efforts, what if your dream remains unfulfilled?

You might end up damaging your career, losing money, and alienating people.

You are right; you might fail. But here’s what you must ask yourself: Are you completely happy with your life right now?

In your twilight years, when you look back, will you regret not trying hard enough?

But hold on. What about your responsibilities toward your family? Isn’t it selfish to pursue your dreams if you have to neglect them?

A woman I know who has built a thriving organic food business once told me, “I had to sacrifice a lot to follow my passion. But If I didn’t pursue my own dreams, how would I have proved to my children that they can succeed at their dreams too?”

Don’t you think that’s a risk worth taking?

I have been held back by every single one of these limiting beliefs. But I didn’t let them stop me from fulfilling my second dream of building my own firm.

If you have a dream, you have a duty and responsibility to make it come true—not only to yourself but also to those who love you.

Examine your thoughts and question your beliefs. Your dreams are closer than you think.

What small steps will you take today to make your dreams come true?

Peter is co-founder of SuccessIsWhat, a coaching firm that helps people achieve their goals faster by building life changing habits and conquering time. Get his latest free e-book “Productivity Secrets of 7 Billionaires that YOU can put into Action Right Now” here.

When Your Beliefs Hold You Back: Release Them to Avoid Regret