How to Deal When You’re Overwhelmed: 5 Ways to Turn Stress into Joy
By Craig Boneau 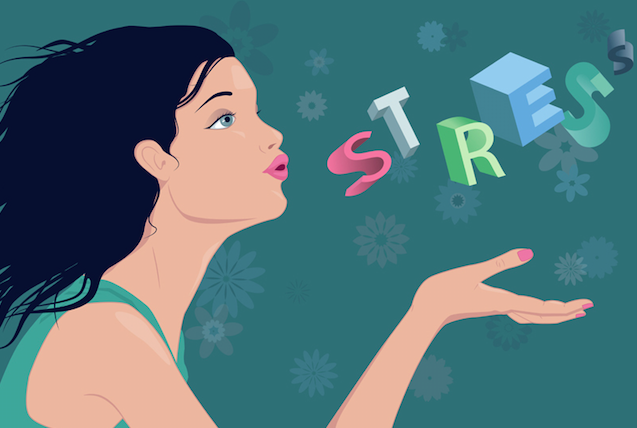 “When we meet real tragedy in life, we can react in two ways—either by losing hope and falling into self-destructive habits, or by using the challenge to find our inner strength.” ~Dalai Lama

You’re overwhelmed and stressed by all the things that need to be done. All your best-laid plans for becoming a better version of yourself are feeling very tenuous at the moment.

You still want to be healthier, more present in your relationships, and able to appreciate and express gratitude for all the things you have instead of worrying about the things you don’t. But, you are strongly considering putting off the work it takes to create those things in your life until things slow down.

If you do that, you will be missing an opportunity to bulletproof your changes and make the joy that will come along with them inevitable.

My wife recently had our second child. It has been great, and in a lot of ways easier than when we had our first. However, there is no doubt that between having a newborn in the house and an energetic toddler running around, overwhelmed is an accurate description of my life.

At first I felt that at any moment the stress would be too much and I would say something I didn’t mean, use a tone I shouldn’t, or forget that showing patience and love to my family is the most important thing to me.

But then I realized, each moment is practice for all the moments that will follow. And, if I maintain my composure, continue to show up for my loved ones, and be a positive example for my oldest kiddo, then this time of overwhelm can be a time of incredible growth.

As life normalizes, and things are more predictable, it will be easier to be the person I want to be because I will have done it in much more difficult circumstances. It is just like training for anything else. If you train in harder conditions than you expect to compete in, once the competition gets there, it feels like a breeze.

I haven’t been 100 percent all of the time, but I am definitely building a resilience that will make sticking to my habits and values that much easier going forward.

Here are the five ways you can turn overwhelm into a practice and guarantee your future will be full the joy living an intentional life brings.

If you are in the middle of a stressful situation, it can be very difficult to see the big picture of what you want for your life and act in accordance with it. You are just trying to triage your way out of the moment because it seems like survival is the best you can hope for.

But despite what it feels like at the time, you can do much better with the situation than just surviving it. You can turn it to your advantage.

To do that, when you feel blinded to your big picture by a desperate need to just survive the moment you are in, take a beat. Literally, take fifteen seconds, two deep breathes, then ask yourself what your next action would be if you were going to act in line with the vision you have for yourself in the future. Then do that.

The other day, as I was corralling my three-year old son to go to school so I could make an appointment, disaster struck. A stick that he was saving (because certain sticks are a treasure to him at the moment) got chomped by our dog.

My son lost it. It was very much like the worst thing in the entire world just happened.

Between my dog chopping a stick to bits in the house, my three-year old howling uncontrollably with tears streaming down his face, our new baby joining in because all the noise woke her up, I was very much ready to follow my son’s lead and lose it.

Then I stopped and took a beat.

Instead of escalating the situation, yelling at the dog, and dragging my wailing three-year old out the front door, I hugged him and waited.

Eventually he calmed down. I asked him if he wanted to go see if there was a new stick outside on the way to the car to go to school. He said yes. We gathered our things, he found a suitable replacement, and the day went on.

Those few seconds allowed me to see that the most important thing in that moment was taking the opportunity to help my son learn to get control back over his emotions, and to let him know that I will be there for him when they are a little out of control.

Just putting a little bit of room between my reaction and the stressful situation gave me a chance to reflect.

Try it next time you are feeling overwhelmed and like you are just reacting. It will make a world of difference in how you react to stress.

You know how it is when you get stressed; it seems like the world piles on. Yet another thing comes up that you have to deal with on top of everything else you already had on your list.

You weren’t sure you were going to get everything done as it was. Now you can’t even imagine how it is possible that you could finish.

And there’s no way you are going to be able to workout, or meditate, or journal, or whatever other good habit you are trying to start for yourself.

You will get whatever you can get done either way. But the chances that you do whatever you do in a way that aligns with who you want to be go way up if you are smiling while you are doing it.

3. Remember this will pass.

Life is going to continue. Things will change. Things always change. You are overwhelmed now. You won’t be at some point. Then you will be again. That’s just how it works.

View the time you feel overwhelmed as just a season of life. Not something you’ve been cursed to experience in perpetuity.

Whatever is causing it will pass.

It may sound trite. But try it. It is amazing how much easier it is to deal with stressful situations while sticking to your habits and your values when you don’t view it as something that you will always have to deal with, but instead as just a period you have to get through.

When you are overwhelmed, you are very likely to make a bad decision, to act in a way you regret, and generally derail a lot of the good stuff you have going.

So, when you are really stressed, don’t follow your gut. That’s right, your gut is probably leading you astray.

When you know you are overwhelmed, be on the lookout for those quick, off-the-cuff reactions. If it makes sense in the moment to eat the whole bag of potato chips (your gut literally leading you astray) or fire off a heated rebuke in an email, you probably need to tell your gut to take a break. So when you feel yourself wanting to react like that, stop.

I was driving my son to school recently (not the same day that the Great-Stick-Chomping Incident occurred), and the car in front of me kept slowing down, then speeding up, then slowing down, then swerving, and at one point just stopped in the middle of the road.

We were late, I had somewhere I needed to be after dropping my son off, and, as I mentioned, life in general is a tad more stressful these days than normal.

So when that car stopped, my gut very strongly told me to lay on the horn, roll down my window, and string together quite a few explicit terms. This guy was being completely disrespectful to everyone else on the road, and was the direct cause of me being even later than I already was.

But, instead of following my gut, I gave a short honk to let him know there was someone behind him and said nothing. He looked up in his rear view, waved apologetically, and scooted on, driving like a reasonable person.

If I had followed my gut, I would have not only chastised what seemed like a nice person who just didn’t know where he was going, but I would also have modeled for my son that when you are annoyed, you should lash out to deal with it, which is obviously not something I want him to learn from me.

So when you are in a place that you know makes your gut more likely to lead you astray, be very intentional about whether you listen to it. Take a second to consider if what it is telling you aligns with how you want to behave and portray yourself. If it does, great, but if not, ignore it and do nothing.

If you believe in the habits you are trying to create or the values you are trying to exhibit with your life, then you can override the reflex to let stress derail you by reminding yourself that now is the time to practice being the version of yourself you want to become.

While it will never be something you seek out, when you view stress and overwhelm this way, they become the vehicle to ensure your long-term success.

You will turn negative situations into positive ones and, as a result, you will be far more likely to come out the other end stronger and better for it.

No one wants to be overwhelmed or stressed out. But that doesn’t change the fact that all of us will be at some point.

We can plod through those times only to come through them needing to re-establish the good habits and way of life we had started before the challenging time came, or we can cement the person we want to be during those times.

You can use the five techniques above to choose the latter, and guarantee that you will be the joyous person you want to be, no matter what season of life you are in.

12 Ways to Turn Your Crippling Stress into Happiness