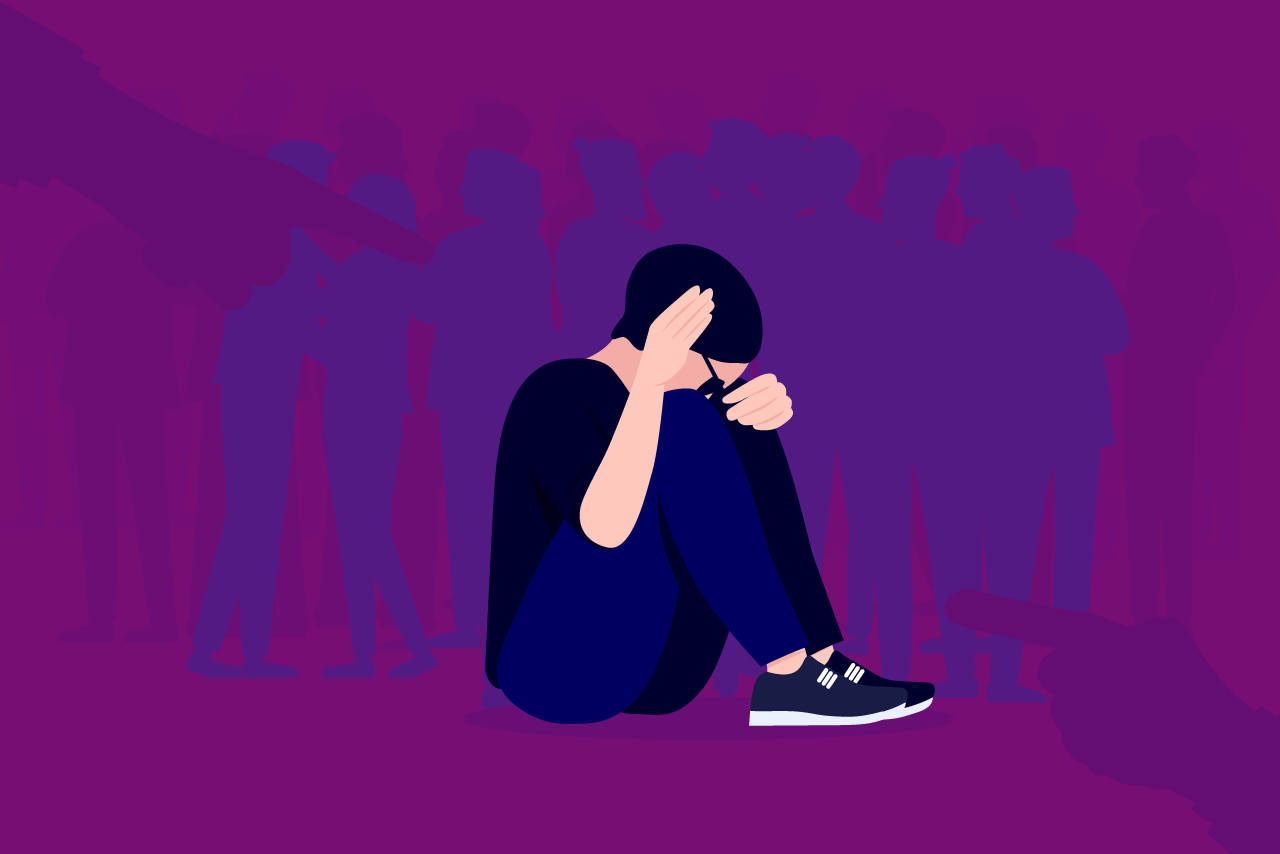 “Don’t hide yourself. Stand up, keep your head high, and show them what you got!” ~ Joe Mari Fadrigalan

Do you struggle with social anxiety or shyness?

Is this anxiety affecting multiple areas of your life?

Are you yearning to break free from feeling isolated?

Like many people, I was shy as a kid. But I wasn’t just shy—I was painfully shy. I would avoid social situations like the plague. And I barely spoke because I stuttered.

My shyness followed me well into adulthood. I stayed away from social situations, fearing the embarrassment of stumbling in my speech. But even as my speech improved, I was always on guard and still felt awkward in social settings.

Then, I met a man who helped me change how I approached my fears. Tom had a stutter much more severe than mine, but it did not stop him from interacting with people. I was amazed by his courage and seeming lack of self-concern as he introduced himself to me.

We chatted for a bit, and he left an impression on me that I would never forget. He couldn’t stop his stutter, but he wouldn’t let it stop him from talking.

Reflecting on this experience taught me some valuable lessons about how to overcome shyness. These can work for you too (even if you don’t stutter):

A common fear for shy people is the fear of what others may think about them. For me, my concern was the way I spoke. But it could be something else, such as a concern over your physical features or intelligence.

Tom could have easily been afraid of how he appeared to me as he introduced himself. If he was, it didn’t stop him from engaging me in conversation. I knew that to follow his example, I would first need to acknowledge my own fears of how I appeared to others when I spoke.

You may be tempted to discount your feelings or try to ignore them. But the more you try, the more the anxiety grows. The first step to freedom is to acknowledge the fear, as silly or inconsequential as that seems.

When you do, something interesting will happen; you’ll realize that you’re likely more concerned about your own quirks than other people are. This will give you the strength and courage to begin moving past them.

Yes, it’s painful. Nobody likes to embarrass themselves in public, but it will happen.

As a stutterer, I’ve felt incredibly embarrassed because of my speech on many occasions. I would be flowing along as I spoke only to be hit with blocked speech. Some episodes were so bad that I would appear to be suffering from convulsions.

Needless to say, this made me wary of speaking in public; I was too afraid of embarrassing myself. But Tom didn’t seem to have this problem at all. It made me wonder, “What if I accepted the potential for embarrassment rather than hide from it?”

The more I opened up myself to potentially embarrassing situations, the more courageous and resilient I felt.

This can happen to you too if you are willing to experience the greatest fear holding you back from interacting with other people.

Think about the worst-case scenario. Is it a life or death situation? If not, you will recover, and you’ll be stronger for it. You’ll more easily enter conversations rather than sit on the sidelines.

We place many unreasonable expectations on ourselves when entering social interactions. Somehow, we believe that social conventions call for a person to be highly intelligent, witty, and entertaining in all their conversations.

I tried to be all these things to all people in the past—and I failed miserably because I was not being myself. I was trying to be what I thought others wanted me to be. Instead of choosing to be fluent or silent, Tom chose to be himself.

His powerful example caused me to ask myself, “Would I hold others to the same ridiculous standards I was holding myself to?” Probably not.

Do you believe you need to be intelligent, witty, and entertaining in all your social interactions? Challenge those perceptions.

Most people can see right through fake encounters. Just be yourself. People will appreciate you for who you are. And if they don’t, you’ll likely never see them again (or won’t see them for a long time). So, don’t worry about it.

As I chatted with Tom, I noticed how much he encouraged me to talk about myself. I got the impression that he was sincerely interested in me and my story.

He helped me realize how hyper-focused I was on myself and on what others might (or might not) think about me. To break the spell of self-absorption, I needed to focus on helping others.

When I stepped outside of my own world, I could see that other people had similar fears about what others thought of them. This caused a big shift in my thinking.

Rather than struggling to put myself at ease, I focused on helping others feel at ease with welcoming words and a warm smile. I learned to listen to them attentively and be genuinely interested in what they had to say.

The next time you’re tempted to withdraw from conversation, remember this sage advice from Dale Carnegie’s How To Win Friends and Influence People:

“So if you aspire to be a good conversationalist, be an attentive listener. To be interesting, be interested. Ask questions that other persons will enjoy answering. Encourage them to talk about themselves and their accomplishments.”

This step is almost guaranteed to put them, and you, at ease.

Sometimes, we think that to overcome our shyness, we need to do big things—like speak in front of hundreds of people or start a conversation with every person we meet.

Tom didn’t try to make long speeches. His sentences were brief and to the point. I began to model his behavior by using fewer and simpler words. Over time, I became more comfortable with speaking at greater length.

You can start to overcome shyness by taking action in small ways. If groups of three or more seem too daunting, try introducing yourself to a person who may be looking for some company. If making eye contact seems too hard right now, try focusing on another area close to their eyes rather than looking down.

You’ll begin to make progress, and before you know it, you’ll become more confident in larger social settings.

Overcoming social anxiety will not be easy, and you’ll have times when you’ll slip back into old habits. My stutter has greatly lessened over the years. But sometimes it comes back with a vengeance whenever I’m anxious or tired. Or sometimes it just happens randomly.

Sometimes I avoid social situations when my confidence is low. When I am tempted to get angry with myself for falling short, I remember how patient Tom was with himself as he struggled to speak. He didn’t get angry. He simply took a minute to regain his composure and try again.

I remember that I, too, can become more kind and patient with myself when my fear of social interaction returns.

If you’re struggling with setbacks also, practice self-compassion. Be patient and kind with yourself on your journey to freedom. Don’t be tempted to give in when you’re feeling down.

You Have More Courage Than You Think

Until now, you may have allowed your shyness to hold you back from meeting people in social settings.

You mistakenly thought you weren’t interesting enough, important enough, or courageous enough to be in the company of others.

You’ve been in a state of self-imposed exile.

But you have more courage than you think.

The sheer power of your presence may make someone’s day or even change their life (and yours) for the better.

Being Shy Made Me Strong, and It Can Do the Same for You