7 Things Everyone Should Learn Before They Die
By Paul Milano 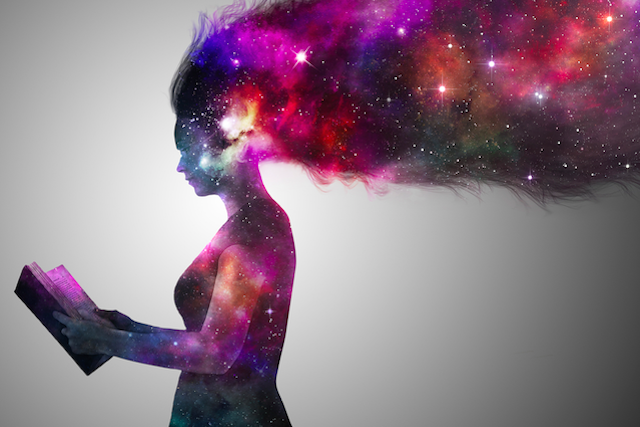 “I would rather die of passion than of boredom.” ~Vincent Van Gogh

I attended an interesting event a few nights ago. It featured ten speakers who spoke for ten minutes each on ten things you should know before you die.

The speakers included TV and film stars, CEOs, cover-shooting photojournalists, traveling journalists covering natural disasters, and HIV survivors. As you can imagine, there was a wide spectrum of perspectives shared.

Here are a few of the lessons that stuck out for me. A lot of these can profoundly change your mindset, how you view the world, and how you choose to react to things. You just need to take a step back and put things into perspective, which leads us into our first one.

A journalist told a story of how he traveled to Haiti after the devastating earthquake that hit them a few years back. In the capital of Port-au-Prince many of the homes had fallen apart, and people who already had nothing were now living in small plots of land in public squares in the city.

The separations between each family’s plot were drawn in by hand, with tents and tarps set up overhead.
In one particular plot was for a seven-year-old girl and a one-year-old boy.

The speaker spoke a bit of Creole French and asked the people in neighboring tents which family these children were with. They replied, “That is the family.”

The seven-year-old girl and one-year-old boy’s parents and older siblings had been killed. She was now responsible for this baby.

This is where the notion of perspective comes in. The next time you’re upset at traffic, or someone is taking too long in the checkout line, or someone hasn’t texted you back quickly enough, take a step back and ask yourself, in the grand scheme of things, is this really worth being upset about?

The book Unbroken drove this point home for me. Reading what this man went through quickly made me realize, if I were privileged to be born into a first world country (Canada) in the current peaceful time, I have absolutely nothing to complain about. A reminder to myself the next time Netflix is slow to load something…

2. Take care of your health.

Health is the gateway to happiness. If you are not living with your fullest energy and vibrancy, how can you expect to get the most from life?

This was the main message from a middle-aged woman and entrepreneur who broke the status quo and went her own way in life, much to the dismay of her parents. She dropped out of school and traveled the world, falling into a few rough crowds on the journey and eventually settling in Toronto.

There, she visited a local fresh juice place that ended up changing her life. She fell in love with how the juices made her feel and the energy they gave her, and ended up opening her own juice place called “Juice for Life” (which her Jewish parents hilariously thought was called “Jews for Life” at first). She’s now the founder and CEO of Fresh Restaurants chain in Toronto.

Anyone who knows me knows health is massively important to me as well. I always pose the question: Is it not a bit crazy to think that people will spend more money on their car, their fashion, and accessories than they would on their body?

Ask anyone with a serious illness what would they rather have; they all would give up everything they own to get healthy and undo the damage that was done.

3. Be true to yourself and your calling.

If you are living and doing something that doesn’t align with you, how can you ever be truly happy and enlightened?

This was the main message from the founder of Yuk Yuk’s comedy club, a popular spot in Toronto.

You can imagine the reaction he got from his friends and family when he told them he wanted to enter the comedy business. This was his passion, however, and he knew from experience that if he was doing something different, he would rarely be at peace or be inspired.

When you find something that aligns and resonates with you, you will know it from the energy it gives you.

The Vincent Van Gogh quotes sums the message here up quite nicely: Would you rather die of passion or of boredom?

When you go your own way and make your own path, you alone write your legacy.

This was the motto of a female photojournalist who spoke to us. She joined the world of journalism in the sixties and seventies, when it was completely dominated by men. She was different from what was considered the norm and despite ridicule, sexist remarks, and being seen as lower, she used it to her advantage.

Being shorter than the male photographers, she was always in front of the pack, allowing her to capture some of the closest, most personal photos. She became one of the first females to have their photos published on the cover of multiple well know magazines, and went on to be the prime journalist covering Terry Fox’s run across Canada.

It is your inherent right to challenge the status quo. Never be afraid to forge your own destiny due to the thoughts of others. People may laugh at you because you are different. You could pack up and quit here, or you could feel sorry for them because they are all the same.

As well, never be afraid to challenge why things are the way they are. After all, this is the very question that has forged almost all innovation mankind has ever done.

As I mentioned earlier, one of the speakers was a girl born with HIV. She was abandoned by her parents and adopted by a supporting family with nine other adopted children.

Her new family took her in with love and put her through school like a normal child. But when the other children’s parents found out she had HIV, it was no longer normal. They refused to invite her over to birthday parties and sleepovers and forbade their children from being friends with her.

She could have closed up and felt angry at the world, but instead she took a position of power and action. Now in her late teens, she has spoken globally, on major TV networks and YouTube, to educate the world on HIV and how ridiculous it is to “ban” your kids from socializing with someone who has it.

Many people constantly place blame on everything and everyone and make themselves a victim. Why did this happen to me? Why can’t I make more money? Why am I stuck at this job?

The world doesn’t owe you anything; you were not born a victim. Yet when you look around how many people do you find complaining about their situation but not taking any action or effort to improve it?

The world gives you so much to work with if you work with it and put in the effort.

An actress told her story of failed audition after failed audition while witnessing other people’s success. She knew she could have gotten caught in the negative energy of envy and blame—upset that others were getting roles, getting paid more, or traveling more.

She didn’t go this way, though; she knew envy can be channeled into focus and motivation.

The lesson in here is quite simple. Instead of wasting energy being angry, envious, or jealous of those with more success, redirect that energy and ask, “What can I learn from this person to improve my own life?”

As a result of doing this, she re-auditioned for a part she hadn’t received and was so motivated she ended up blowing them away and getting the role on the spot.

One of the speakers began his talk with a severe stutter. The energetic crowd grew quiet, not knowing how to react. He then switched to a more fluent voice and told the audience he suffered with this stutter for the first twenty years of his life.

When he was a young teen, he worked at one of Vidal Sassoon’s salons, doing odd behind the scenes jobs where he didn’t need to speak, like sweeping and tidying up after customers. Most people didn’t give him the time of day or would mock his difficulty in speaking.

One day it was announced that Vidal Sassoon himself, the CEO, was coming to visit their Salon. Vidal made a point to meet with everyone, from the highest manager to the ones attending to the cut hair on the floor.

When he approached the young boy, he asked what his name was. The boy tried to respond but was too nervous, and his stutter was so severe that he just could not get his name out. Vidal smiled, crouched down in front of him, and said “It’s okay, son, I have all the time in the world.”

The greatest gift you can give someone is your attention. Never allow yourself to get in the mindset that people are “below you,” because even the smallest conversation can make someone’s day. People will forget many things, but they will always remember how others made them feel.

Imagine a world where everyone learned the lessons above from a young age. It’s possible, but starts with each of us.

Paul Milano teaches systems and habits to create a powerfully productive, charged lifestyle. His articles have been seen by thousands where he coaches people on how to activate their body for high performance, meaning, energy, focus, and productivity. Download his free guide with simple steps on how to boost your energy and productivity levels each day at www.paulmilano.com.