A Couple of Simple Strategies to Let Others Be Happier
By David J. Singer 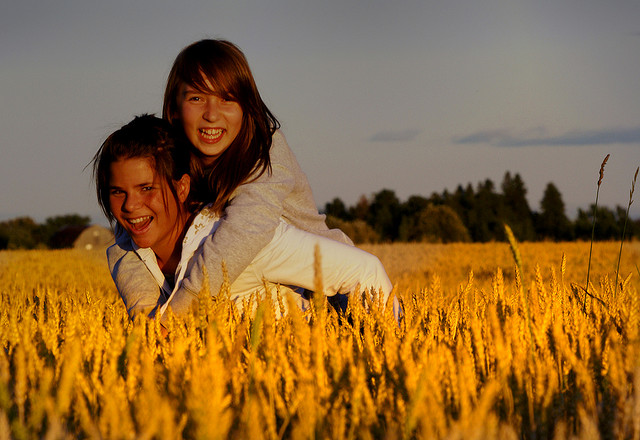 “Make the other person feel important, and do it sincerely.” ~Dale Carnegie

About 20 years ago, I read Dale Carnegie’s classic book, How to Win Friends & Influence People. I loved the book and passed it along to my wife, Marcie. She read a bit of it and returned it to me saying, “This is all common sense. I don’t need to read this.”

Marcie is naturally nice, no doubt one of the things that attracted me to her when we met 30 years ago. And indeed, Carnegie’s strategies, which largely revolve around being nice, were “normal, everyday behavior” for her.

I’ve always prided myself on being a nice person, but I learned a tremendous amount from Carnegie’s 1936 classic.

The first Carnegie suggestion that I recall applying is what I thought of as “Let others be right.” Carnegie tells a story of a dinner party he attended. The man sitting next to Carnegie told a humorous story, which included a quotation the gentleman attributed to the Bible. Carnegie knew that the quotation was from Shakespeare and said so.

They argued the point until a third party, a friend of Carnegie’s, was asked to settle the argument. The third party kicked Carnegie under the table and then agreed with the other man. After dinner, Carnegie’s friend explained that while Carnegie was right, making the other gentleman look bad served no good purpose.

I knew that I could apply that good advice. I had a habit of getting hung up on being precise, correcting other people because I didn’t like to let wrong information hang out there.

Carnegie’s story helped me to realize, to paraphrase the title of another favorite book, that I had a bad habit of “sweating the small stuff” regarding precise information that was not important—a habit I then set out to change.

Being precise is big stuff when you are building something—as the saying goes, “measure twice, cut once.” And it’s important to try to be precise if you are giving someone driving directions (make a left vs. make a right).

But precision is not important in so many other situations, and correcting friends, your spouse, your kids, or anyone else, is often not necessary, and something that’s much nicer to hold back from doing.

The first person with whom I had frequent opportunities to practice my new habit was my dad. He and I had started a company together about five years before I read Carnegie’s book. It had become a pet peeve of mine that he was never precise about dates.

I would always jump in and correct him. Then, as I embraced my new Carnegie-inspired habit, I began to let it go. And in doing so I realized that it didn’t matter. It was simply not important.

It’s easier than ever to be right these days because you can look things up on the Web, whether on your smartphone or your laptop.

Those things that used to cause dinner table debates—the name of a person in a movie, the name of the pitcher was who gave up a critical World Series homer, and other trivia—are solvable at the touch of a button.

When you’re in a discussion about who starred in a certain movie and everyone wants to know, that’s one thing. It’s another thing when your friend is in the middle of telling a group of people a story and the name of the actor is not critical, and you feel compelled to correct him in front of the group.

I worked on letting that kind of thing go as well, and it’s been a good change for me and everyone involved (and they don’t even know it because the action I am taking is to remain silent.)

Over the last few years, I have also had become nicer with a related behavior—cutting down on my habit of saying “I know” when someone tells me something that I already know.

In another case, a radio station in New York changed format to one I would enjoy. I had heard about the change, and when a friend sent me an email with the news, instead of saying that I had already heard, I simply said, “That’s cool. Thanks.”

The point is this: Why not let him have the good feeling of providing news to a friend.

Adopting that new habit reminded me of when my kids were little and we had to teach them to not say, “I have this already” when given a gift that they already had.

We would coach them until they learned to say, “Thanks, this is great,” explaining to them that their former reaction served no purpose, and that it was nicer to simply be gracious (and that we could give the duplicate gift away to a charity for kids not as fortunate to receive that item even once.)

Learning starts the day that we are born, and can continue for the rest of our lives if we want it to. Change is available to people of all ages. The secret for real, lasting change is this: When you become aware of a change you want to make, break it down into smaller pieces, and then make a commitment to focus on it for the 21 days it takes to become a habit.

If you tend to be more like me than my wife and you want to develop one of these kindness habits, focus on one for the next 21 days. Your friends, your family, and your co-workers will be glad that you did—and so will you.

David J. Singer is the author of Six Simple Rules for a Better Life and was interviewed in January, 2012 on Tiny Buddha. David blogs at www.SixSimpleRules.com.