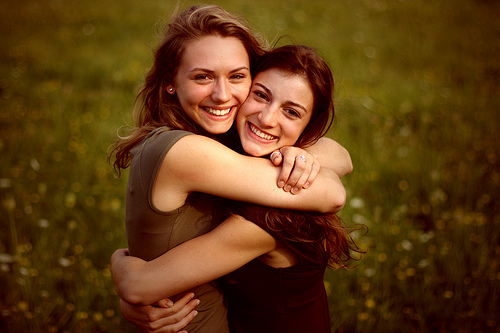 I had an old trench coat that was balled up on the floor of my garage, gathering dust near the washing machine. It was raining. It was unusually cold (for California, anyway).

I was driving home when I saw a man in a short sleeved shirt wandering through our neighborhood, pushing a shopping cart. He was walking painfully slow. He was dripping wet.

I paused at the intersection to my street and watched him for several minutes, thinking. My heart was heavy seeing him move so slowly, so wet, so cold. I suddenly remembered the crumpled-up coat. But what if I needed it sometime in the future? A story I had once heard at a church conference came to mind.

An Inspiring Story of Kindness

Two boys walked down a road that led through a field. The younger of the two noticed a man toiling in the fields of his farm, his good clothes stacked neatly off to the side.

The boy looked at his older friend and said, “Let’s hide his shoes so when he comes from the field, he won’t be able to find them. His expression will be priceless!” The boy laughed.

The older of the two boys thought for a moment and said, “The man looks poor. See his clothes? Let’s do this instead: Let’s hide a silver dollar in each shoe and then we’ll hide in these bushes and see how he reacts to that, instead.”

The younger companion agreed to the plan and they placed a silver dollar in each shoe and hid behind the bushes. It wasn’t long before the farmer came in from the field, tired and worn. He reached down and pulled on a shoe, immediately feeling the money under his foot.

With the coin now between his fingers, he looked around to see who could have put it in his shoe. But no one was there. He held the dollar in his hand and stared at it in disbelief. Confused, he slid his other foot into his other shoe and felt the second coin. This time, the man was overwhelmed when he removed the second silver dollar from his shoe.

Thinking he was alone, he dropped to his knees and offered a verbal prayer that the boys could easily hear from their hiding place. They heard the poor farmer cry tears of relief and gratitude. He spoke of his sick wife and his boys in need of food. He expressed gratitude for this unexpected bounty from unknown hands.

After a time, the boys came out from their hiding place and slowly started their long walk home. They felt good inside, warm, changed somehow knowing the good they had done to a poor farmer in dire straits. A smile crept across their souls.

Inspired by the Story

I drove home, took my coat from the garage, and went looking for the old man in the rain. I spotted him. He hadn’t gone far. The rain had let up some. I pulled up alongside him and asked him to come over.

He hesitated, then walked closer. I asked if he had a place to stay. He said he did and was close. I offered him my jacket. He looked stunned, like I was violating some accepted code of conduct. I urged him to take it. He slowly reached out and took my old coat. He smiled.

We all have poor farmers toiling in the fields of their trials and difficulties along the roads of our lives. Their challenges might not be known to us. But their countenances often tell a story of pain. We have opportunities to hide shoes or hide silver dollars in them.

This day, this time, I removed a “silver dollar” from the floor of my garage and slipped it in an old man’s shoe. A life was blessed for having done it. And I think the old man’s life may have been blessed by it as well.

When I hear of stories of kindness being done to others, I’m inspired to do the same. I think most of us are like that. We need each other’s inspiration as we travel life’s highways, trying to figure it all out.

So please share your experiences with us. We need them. They help make us better people.

What acts of kindness have you performed?

What kindnesses by others have blessed your life?

Ken Wert is a teacher and personal development blogger at Meant to be Happy where he inspires readers to live with purpose, act with character, think with clarity and grow with courage. Sign up for his free eBook, A Walk Through Happiness and newsletter! Connect with him on Twitter.

Decluttering Made Easy: How I Lightened My Load from the Inside Out

Book Giveaway – Random Acts of Kindness: Then and Now