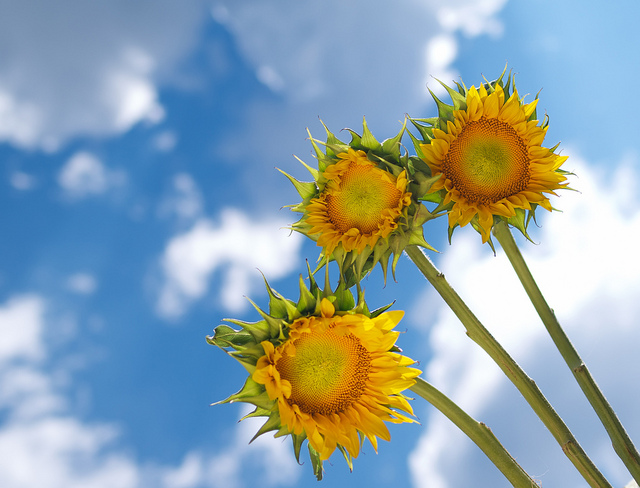 “Action may not always bring happiness; but there is no happiness without action.” ~Benjamin Disraeli

These last few months I’ve been digging myself out of a hole, which ironically enough, I had put myself into. I spent so much time in the last two years constantly being negative, and I could tell by the people surrounding me that it had been enough.

People were starting to leave my life; they were tiring of same repetitive mantra. And come to think of it, I was tiring of it also. It was becoming more and more exhausting to try and get people to tell me what was wrong with me and what was going in on my head.

And then it came to me. The reason I wasn’t happy, successful, or doing the things I wanted to do was that I wasn’t doing a single thing about it. I was complaining to others, constantly searching for their approval, for some sort of life line. I thought that I had to please everyone else in order to make myself happy, but I was wrong.

I kept asking for advice but I never accepted it. I shot every suggestion down until I finally realized: it takes more effort and energy to be negative then it does to be positive.

Here’s my advice for you:

Easier said than done, right? Wrong. Whatever causes you stress, whatever requires so much effort that it actually causes you strain, physically or mentally, cut it out! You don’t need it.

It could be the people in your life, the things you do, or to the food you eat. Anything that causes you stress isn’t worth your time. Trust me. Once I cut out all the negative people in my life, I had a clearer mindset, which made it much easier to reach my goals and be happy.

As cliché as it is to quote Star Wars, this is actually one of the truest things I’ve ever heard. You could word it however you want, but it’s proven fact.

I recently saw a film called An Education directed by Danish writer Lone Scherig. In the film, there was this quotation that really got to me: “Action is character. If we didn’t do anything, we wouldn’t be anybody.” It’s true.

That day I jumped out of bed, put my best face on, and went out into the world to achieve something that felt meaningful. I did that every single day until finally I had a job, great friends, and a healthy lifestyle, and was back in school.

Don’t try to do something, because trying means that you might not actually do it; but if you just get out and just start, you will get it done.

Many times I wanted to give up. It was exhausting to get out of bed every day and push myself harder than ever to be this person. Sometimes happiness takes a little effort.

There were days when I didn’t want to get out of bed, but I pushed myself even harder on those days. It’s always the last mile that’s the most exhausting; but if you push harder, when you reach the finish line it’s even more rewarding! Your efforts might not seem to be paying off but they will.

Giving in is giving up, and giving up is choosing not to be happy. Put in the time and effort. Give it your all. You can achieve anything you want to if you only believe and then act on that belief.

If you don’t take time for yourself, all that pushing won’t get you anywhere. Once I realized how badly I was treating myself, I started to put extra effort into looking out for me. I would buy myself new clothes or treat myself to a new hairstyle; somedays, I would even just go for a walk, breathe in the fresh air, meditate, and try to learn something new.

The more time I gave myself to sit and breathe and relax, the better I felt; and the better I felt, the further I went. Take a small portion of each day to relax and enjoy yourself and it will pay off.

It really is pretty simple to be happy if you keep moving forward, figuring out what you need to do for you, and then making the effort to do it.