Are You Being Too Supportive? (Yes, There is Such a Thing)
By Angie Sarhan 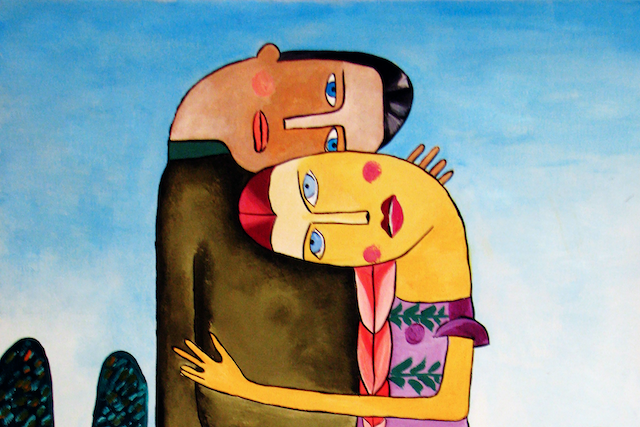 “We cripple people who are capable of walking because we choose to carry them.” ~Christie Williams

Years ago, I had a dear friend who needed a lot of support for various reasons. She was working hard to find her way out of a dark period. She had suffered traumas and tragedies—things I wouldn’t wish on anyone.

Because I had known her almost my whole life and because I loved her dearly, I tried my best to always be there when she needed me. I am someone who knows and appreciates how important it is to have supportive people around you, offering love and kindness, especially during times of struggle.

Sometimes being there for her simply meant picking up her call in the middle of the night and talking with her.

Sometimes it meant dropping what I was doing and driving to meet her to make sure she was okay.

There were talks, tears, and through that, hard truths were often revealed.

Of course, it wasn’t all dark and dreary. There were bright moments and memories too. There were movie marathons and game nights. There was laughter to the point of tears. Many a meal was shared and many a bowl of ice cream was devoured.

What I got in return wasn’t the same type of support. She was not the person I would turn to in a crisis, however minor or major. She just couldn’t handle it. But in turn, this friend showed me gratitude and genuine love.

I never thought much about the dynamics of our relationship until another crisis erupted in her life, shaking things up once again.

The downward cycle began and with it came hysterical phone calls, late night drives, drama after drama. And through it all I did what I always did which was listen, help, care, and show love.

But one day my boyfriend at the time looked at me and said, “You need to stop doing this.”

I was confused. The idea had never even crossed my mind. Stop? Why?

He explained more and his perspective was eye opening. He saw her as less of a victim to outside circumstances and more of an adrenaline junkie—addicted to drama and things going wrong. As proof, he listed off several disastrous choices that were just that: her choices.

He asked how I could help someone who didn’t really want help at all.

But mostly he felt this friendship was interfering with my own life, well-being, and happiness.

I had never thought about it like that before. And while a part of me was mad at him—he just didn’t understand, I thought—there was a tiny part of me that agreed with him.

What was I doing?

The truth was these late night calls and drives were interfering with my early morning job.

The truth was the time spent trying to support and help her was taking away from things in my personal life that also needed my attention.

The truth was I cared so much that I carried her stresses with me much more than I should have. I felt sad and worried, more than I needed to.

Because the thing was this: in being so busy with always checking in on her, I forgot to check in with myself.

After this realization hit me, I spent a great deal of time thinking about our friendship and I started to see things in a different light.

I started to see that no matter what I had done for her all those years, how many phone calls I answered or help I offered, nothing had really changed in her life.

She was having the same type of emergencies and she rated them all at least a nine on her personal-crisis-Richter-scale.

Once this truth was apparent, I knew a shift needed to take place.

I started to do only what I felt comfortable doing. I wasn’t there every single time she needed me, but I was still there a great deal.

Eventually the crack between us turned into a massive fault line, one that couldn’t be repaired.

Do we have an obligation to do our best by the people we love? Well, yes—to an extent.

But we have to remember we have an obligation to ourselves first—for our happiness, our health, and our spiritual well-being. If we are not respecting our time, feelings, and energy, no one else will either.

I hope that friend of mine has figured that out. I hope she’s living life with more highs than lows, more laughter than tears, and more joy than she ever thought possible.

And I hope she feels it when I send her a blast of love from my little corner in the Universe to hers.

I hope she understands that’s the best I can do now… the best for both of us.

Angie received her M.F.A in Creative Non-Fiction from Emerson College. She currently teaches college writing. When she’s not teaching, she enjoys traveling, cooking and writing—especially her inspirational, positivity-packed, sometimes humorous, always lighthearted blog. For more inspiration, you can follow her on Twitter and Instagram.

How I Stopped Trying to Please Everyone and Started Prioritizing Myself

How to Find That Something That Feels Missing