Are You Pathologizing Normal Emotions? It’s Not Always a Mental Illness
By Mary Beth Fox 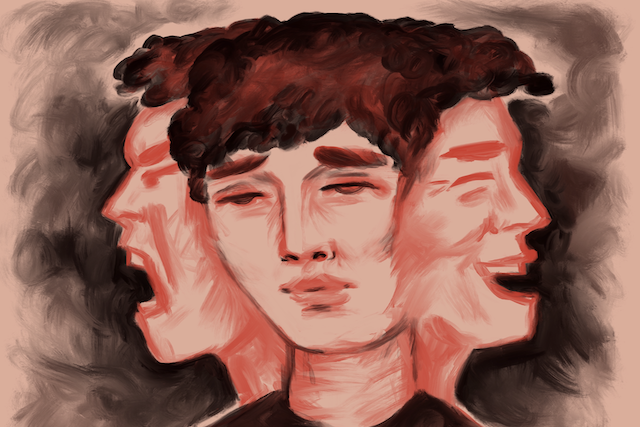 “Don’t believe everything you think.” ~Unknown

Society is becoming more accepting of mental illness. That’s great, but there’s a downside that we need to talk about. Not everything is mental illness. We need to stop pathologizing every single thing that we feel.

What I mean by pathologizing everything is jumping to diagnosing yourself after every tough feeling you have. It’s great to be self-aware, but I think we are taking that a little too far and it’s causing more depression and anxiety.

Yes, I said we are taking self-awareness too far. I stand by that, but I’ll explain the reasoning behind my belief. We are supposed to feel a range of emotions. It is normal to experience sadness, anger, irritability, anxiety, grief, or any of the feelings that exist from time to time.

Since society is more accepting of mental health issues, we now want to label any uncomfortable feeling as mental illness. We diagnose ourselves with whatever mental illness we believe we have at the first sign of emotional pain.

That leaves us feeling like we are so screwed up. We don’t need anything additional to make us feel like we’re screwed up! Most of us already feel this often enough as it is.

Before you start listing all the reasons I’m wrong or how my view could be damaging, let me give you some examples. If you read them and agree, this could help you see that you and your feelings are more “normal” than you may think.

Recently, I was talking to somebody who was in the process of buying a house for the first time. He was telling me that he was having a lot of anxiety related to the process and everything that he needed to get done.

I could see the stress in his body and face.

He has a history of generalized anxiety disorder, so when he feels even a little anxiety, he starts fearing that his disorder will return in full force.

That’s a logical and valid fear. Anybody who has ever experienced clinical anxiety knows how scary it is to consider its return.

However, he was missing something incredibly important. Buying a house, especially your first house, will always come with some “anxious-type” feelings.

We need to learn how to normalize feelings that most people would have in the same situation. Panicking at the first sign of difficult feelings can turn those feelings into something much larger than they actually are.

Just a couple of weeks ago, I slept twelve hours straight one night. I woke up with no energy or motivation whatsoever. I still didn’t want to get out of bed after twelve hours of sleep.

That is incredibly abnormal for me. Typically, I wake up at about 4:00 am to write and do stuff for my other job. This gives me time to work while my family is asleep.

That morning I woke up when my husband did, a few hours later than my normal. I told him I was just so tired and didn’t feel like doing anything, which is uncharacteristic of me.

I felt “blah” and just wanted to stay in bed all day doing nothing. So, thirty minutes after waking up, that’s exactly what I did.

My husband had to convince me to eat because nothing sounded good to me. I didn’t even want my normal glass of wine that evening.

The next morning, I woke up feeling blah again and couldn’t shake it. I forced myself to function and play with my baby.

He seemed to be feeling like me. That concerned me because he is so incredibly intuitive. I even thought maybe he was picking up on my feeling down and blah.

When I got back in bed after lunch, I started worrying that I was depressed. From childhood and throughout my twenties, I was severely depressed. I did a lot of work to heal and haven’t had symptoms of depression in about ten years. A little bit of panic started rising with my negative self-talk.

“What is wrong with you? Why can’t you just get out of bed. Maybe you should do some yoga instead of being so damn lazy.”

I started telling myself that my depression was coming back, and in full force. Thankfully, I was able to put a stop to those thoughts pretty quickly.

For some reason, my mind and body needed to rest. I just needed to allow myself to do that. Just because I was tired and didn’t feel like doing anything for a couple of days did not mean that I was depressed again.

It was hard for me to acknowledge that I might actually have been sick, that there might have been a medical reason that I was so exhausted and didn’t feel well.

The next morning, I went to an urgent care office. Well, what do you know? I had an ear infection in both ears and a fever, and my throat looked awful according to the nurse practitioner.

Immediately my mind was put to rest. Major depressive disorder hadn’t reared its ugly head again. I was physically sick. My body was fighting an infection.

For any of you who have experienced mental illness, you may also have this fear that one day it might return to say, “Hello. Remember me? I’m back!” Any time we get a hint of a difficult feeling, we jump to the conclusion that our anxiety, depression, or whatever we had is returning.

This happened recently for a friend of mine. She has a history of major depressive disorder that plagued her for many years. She went to therapy and has been doing really well the last few years.

She is an introvert who works in sales. Her company had a week-long meeting with all the managers and sales representatives. If you’ve ever been in sales or know somebody who has attended a company-wide meeting for several days, you know how much extroverted energy that takes.

A few days after her meeting, she and I were on the phone. I asked her how her day was going. She told me that she just felt down and not motivated to do the things she needed to do.

She had even scheduled an appointment with her psychiatrist for the next week to see if her medications needed to be adjusted. She was labeling herself as depressed and feeling scared.

After we got off the phone, I started thinking about how I just didn’t think that she was depressed.

I know her well and knew that being around a bunch of people for a week was exhausting for her, since she’s an introvert. I texted her about this and asked her if she thought her “depression” could simply be her needing to rest after having to be “on” for a week at her meetings.

Quickly, she responded that she agreed and that it probably wasn’t her depression coming back to haunt her again. She recognized that she needed time to decompress from having been around so many people for several days.

That’s just another example of how we pathologize feelings that are normal. We want to immediately label what we’re feeling as “wrong” or “unhealthy” and catastrophize it when it’s not actually a catastrophe. It’s often just a normal reaction to what we’ve experienced.

It’s wonderful that society is becoming more aware and accepting of mental health and getting help. However, not everything is a symptom of mental illness. We need to stop diagnosing ourselves with mental illnesses based on social media memes or things we read or see.

Also, we need to realize that it is perfectly normal to experience sadness and anxious feelings. That does not mean that we are suffering with mental illness.

When we jump to diagnosing ourselves or others, we’re actually causing harm because we aren’t allowing ourselves to experience our feelings or normal things. Instead, we are trying to find a pathological reason we feel a certain way so we can eliminate it as soon as it pops up.

That is not healthy. What is healthy is allowing ourselves to experience the feelings that come up, learning how to navigate those feelings in a healthy way, and choosing not to shame ourselves for having feelings that aren’t “positive.”

So, the next time you’re going through a difficult time and you’re tempted to label it as mental illness or something that has to be stopped and “fixed” immediately, pause and ask yourself a few questions.

Is this something that many people experience? If yes, then give yourself some grace and time to recover.

Are the feelings I’m having normal based on my circumstances? If yes, then you don’t need to label them as mental illness or something that you should be gravely concerned about.

Is this preventing me from completing the tasks I need to complete? If so, is it lasting for more than a week or two? Mental illness diagnoses require alterations from “normal” functioning.

Have other people noticed me struggling, and are they concerned? If not, then you are probably experiencing normal feelings for the experience you’ve had.

Use these questions as a guide and give yourself a little more grace when you have appropriate feelings and reactions to difficult experiences. Also, keep in mind that most of what you read that tells you that you have a mental illness probably isn’t truly qualified to do so.

Mary Beth is a licensed professional counselor and mental health blogger. She guides readers through healing feelings of never being good enough that were created in childhood. Learn more here. She helps readers understand and heal their Not Good Enough Stuff, never feeling good enough, to create a life of peace. Mary Beth writes about boundaries, inner child, relationships and generational trauma. Check out her topics here and subscribe to Not Good Enough Stuff here.