We Can Make the World a Better Place, One Interaction at a Time
By Jason Guiterrez 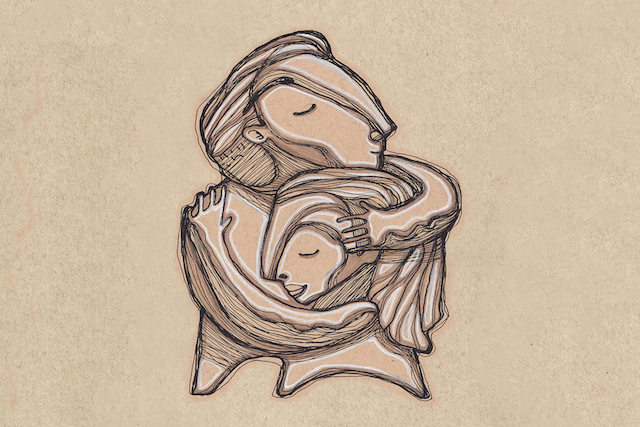 “Waste no more time arguing about what a good man should be. Be one.” ~Marcus Aurelius

Now more than ever, the world needs good people.

While driving home from a job interview the other day, I listened to Joe Rogan talking about how he treats strangers who act mean or hostile to him, for apparently no reason at all.

His modus operandi is essentially, “Let it go. You never know what kind of day the other person is having.”

This resonated with me exceptionally well. It’s one of the big things I’ve been focusing on in the latter half of 2017—being nice to people no matter what the scenario.

I consider myself an above average kind person. I’m always appreciative and friendly with servers at restaurants. I thank the pilot every time I walk off a flight (after all, for a few brief hours he is 100 percent in control of my life). And, I smile when greeted by a stranger.

But, I am beautifully flawed much like the rest. Occasionally, emotions get the best of me. When my ego gets offended, instead of acting with love and kindness, my gut reaction turns to anger and “how dare he!”

I’ve practiced being a good human being for as long as I can remember. Now, I’m determined to keep that persona, regardless of the situation.

My Dance with the Devil

A few short weeks ago, I just so happened to be in a scenario that tested my new philosophy.

It may shock you when I say that I was driving a vehicle when this happened. Road rage is so uncommon these days, right?

Anyways, my fiancé and I had just pulled into the parking lot of the Target a few minutes down the road. We were in a hurry to travel to her parents’ place in the mountains, kicking off a relaxing weekend away from home.

The plan was to drop her off at the front then park the car. We were just stopping in for coffee and a few little things for our journey.

As I pulled up to the pedestrian crosswalk, the mega-sized truck in front of me slammed on its brakes, forcing me to do the same.

Instinctively, I threw my right arm in front of my fiancé while simultaneously blurting out an expletive. In the blink of an eye, my anxiety went from a one to an eight.

I looked around to find the cause for his sudden stop, but I saw nothing. No pedestrians. No other cars (besides me). No stray animals.

As the truck turned left and the driver came into clear view, I did something that immediately made me feel like a bad person: I flipped him the middle finger.

Making the World a Better Place, One Interaction at a Time

With all the hate, corruption, violence, and bullying that goes on in the world, why add more fuel to the fire?

Did I really need to flick that guy driving the truck off? I mean, what if he had just gotten a phone call that shook his world? My ignorant act of hatred might be the exact opposite of what that guy needed in that moment.

As Joe Rogan and many other individuals wiser than me would say, you never really know what kind of day that person is having.

I felt terrible for doing it. I still feel bad about it, but I know I need to move on. In quite literally a millisecond of weakness, I slipped up.

We all have egos that demand people treat us with respect. When the ego gets bruised, it’s extremely important to take a brief moment to decide how you want to respond instead of reacting impulsively.

If the other person was mean to you, it’s not a reflection of who you are as a human being; it’s likely something going on in their life. That person might be the happiest, most loving individual on the planet and could just be having the worst day ever.

By choosing to respond with kindness, you make the world a better place. Maybe that person realizes the error of his ways. Maybe he doesn’t. It really doesn’t matter.

What matters is that you took on an act of unkindness and refused to give it more power.

You want to improve the world we live in? Don’t focus on solving world peace, global hunger, or stopping corrupt politicians. Instead, focus on the day to day interactions you have with everyone around you.

Just imagine if all the rest of us would do the same.

How I Started Being Better

Being someone who responds to hate in a loving way is by no means a simple task. Your ego will want to defend itself, and you will find yourself reacting poorly, like I did.

There were a few things I started doing that helped make me a better person, but one thing stood above them all. Practicing mindfulness, primarily through meditation, was the game-changer for me.

Mindfulness gives you the extra “pause” you need in your life to properly defuse those tricky situations.

It’s not really something that can be explained, but you’ll know what I’m talking about when you begin your own practice.

My experience with meditation has always been a rollercoaster, practicing consistently at times and falling off the wagon at others. But now, I’ve made it a point to meditate every day.

Among plenty of other benefits, it makes me a better person, and that’s something I’ll never take for granted again.

Jason Gutierrez helps people engineer their days for more happiness. He writes about being happier, healing anxiety, and other ways to improve yourself at The Monk Life. Check out his blog or sign up for his free newsletter to get practical advice and tips for becoming the best you.