What Causes Panic Attacks and How to Stop Them for Good
By Paula M. Jones 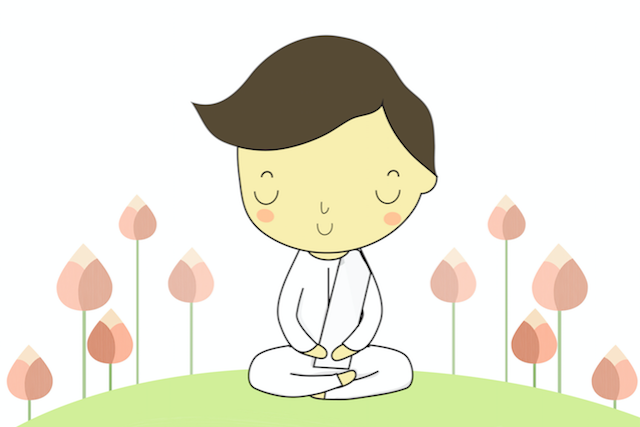 “You empower what you fight. You withdraw power from what you release.” ~Alan Cohen

Panic attacks can seem to come out of nowhere, without any warning. There is no obvious logical connection between a panic attack and what is happening around us at the time they arise.

Is it really possible to be free of them, without medication? In my personal experience, the answer is yes. I used cognitive, emotional, and physical methods that eradicated my panic attacks.

The short version of my story is that I experienced a less than peaceful upbringing and had a fair amount of anxiety and panic attacks as a result.

A trusted therapist explained to me that panic attacks develop out of a psyche that is overloaded with repressed feelings. Panic attacks are like the psyche’s release valve.

My earliest memories were comprised of the adults in my life walking out the door, seemingly for good. Sometimes they threatened to leave unless I promised to behave. As a toddler, I believed they were absolutely leaving and never coming back. There were many such incidents, leaving me with a lack of security or trust in my environment.

In addition, there was no room for my emotions in my highly charged toxic environment. Even quiet times held no respite because I knew they were only the eye of a storm that would soon roar to life again.

As a result, I automatically developed a stance much like a soldier in battle. When in a storm or bracing for the next one, I remained locked in survival mode, shutting down the expression of authentic emotions.

As my high school days were coming to an end, I finally managed to move away from my family and find a place of my own. It was small, I had no money, and I was working all the time, but I had finally found a drama-free environment where I could learn to let my guard down.

Even after a long battle is over, many of us continue operating as if we are still in it.

We remain in survival mode, automatically repressing emotions without even realizing it. So, panic attacks can continue after the stress that caused them in the first place is long gone.

It isn’t the original stressful event that caused the attacks anyway—it was the lack of processing the fearful feelings surrounding the stressful event.

You can actually retrain your brain to realize it is safe in the present moment, and that the past trauma is vastly skewing your perception, which is why you are panicking.

A really effective exercise is to write down all the fears that are voiced during a panic attack. Then, write down as many reasonable responses as possible that refute those fears.

This exercise actually trains your brain to form new neural pathways based in reality rather than in the skewed unprocessed feelings and beliefs that come from trauma. A terrific detailed guide for these cognitive exercises is in the book Feeling Good, by Dr. David Burns.

As a teenager I worked with a trusted therapist on this. It takes time, but it really does change your perception of things. Each time a reality check proved my fearful thoughts false, I felt stronger and more positive in my interpretation of any situation.

Feel It To Heal It

If you’ve had panic attacks for a while, you’re probably sick of them. You may even tell that panicked voice of yours to just shut up and quit bothering me! However, if unprocessed feelings are what caused the panic attacks in the first place, then expressing and processing them is what will eventually cause them to disappear.

Once I realized that my panic attacks were rooted in consistent abandonment by the adults around me, I could allow that very wise and mature part of myself to listen closely and compassionately to the scared toddler inside, who got spooked anytime something resembling abandonment would arise in my life.

Instead of telling that panicked voice to be quiet, I learned to ask, “What are you afraid of? What do you need? How can I help?” Listening to that scared part of your younger self without judgment finally gives her a voice—no matter how crazy, stupid, or immature that voice may seem.

Only then can the adult part of ourselves provide the comfort to that toddler that should have been provided, many years ago. We could double check to make sure no one is leaving us or being taken from us—or that if they are, knowing that we are going to be just fine.

You can be the comforting adult now that you really needed back then.

It is also helpful to remind the scared younger version of ourselves of all of the support and resources we now have as adults.

Adults can get jobs, earn money, drive cars, decide where to live, educate ourselves, form relationships, and break off relationships. These are all tools adults have to provide themselves with the safety and security they need, so, no matter what is happening in the present, we will never feel as helpless as we felt as a child.

Giving my inner toddler a voice finally allowed her to grieve the loss of a safe and stable environment—something I never had space to do before.

Every now and then I would make a point to sit down, pop in a sad movie, and have a good cry for the sole purpose of listening to and comforting the toddler who needed to grieve the absence of a secure place in which to grow up.

Employing these methods on a regular basis gives the scared, younger version of yourself the opportunity to express fears and needs regularly. Responding to that child in a compassionate way ensures that he or she will not have to scream to be heard in the form of a panic attack.

I started doing bodywork with a therapist, getting a massage occasionally, and taking yoga. The point of the bodywork was to reverse my body’s bracing reaction to stress. Intellectually, I could understand that concept, but once I put it into practice, over time, I fully realized this concept.

Being in a physically relaxed state connects every part of us to what is real rather than what we fear. The more often we can bring ourselves back to a physical place of relaxation, the more connected we are to the peaceful perspective instead of the skewed fearful perspective that fosters panic attacks.

Eradicating panic attacks does not happen overnight. Not even close. I found it impossible to picture a panic-free life when I was in the midst of my process, but it did happen after about two years of all of these efforts.

It’s important to be compassionate with yourself and the process for taking so long. It’s also important to engage in extreme self-care during all of it so you don’t get exhausted.

Remember that as strong as your fearful thoughts may seem, they are not your intuition. They are the reaction of your psyche to feelings that have been silenced. As painful as this process is, it is nevertheless an opportunity for healing a wound that has been buried for too long.

Give yourself and your body all the tools possible, cognitive, emotional, and physical, to support your healing.

Have you overcome panic attacks without medication, and if so, what methods did you use?

Paula M. Jones, Esquire has been practicing law for twenty-five years.  She writes to help other professionals identify and realize a satisfying, purpose-driven professional career – one that is an integral part of a well-balanced life.  Visit her web site at www.paulamjones.com and on Facebook.