What If Your “Overthinking” Is Actually Good for You?
By M. Lish 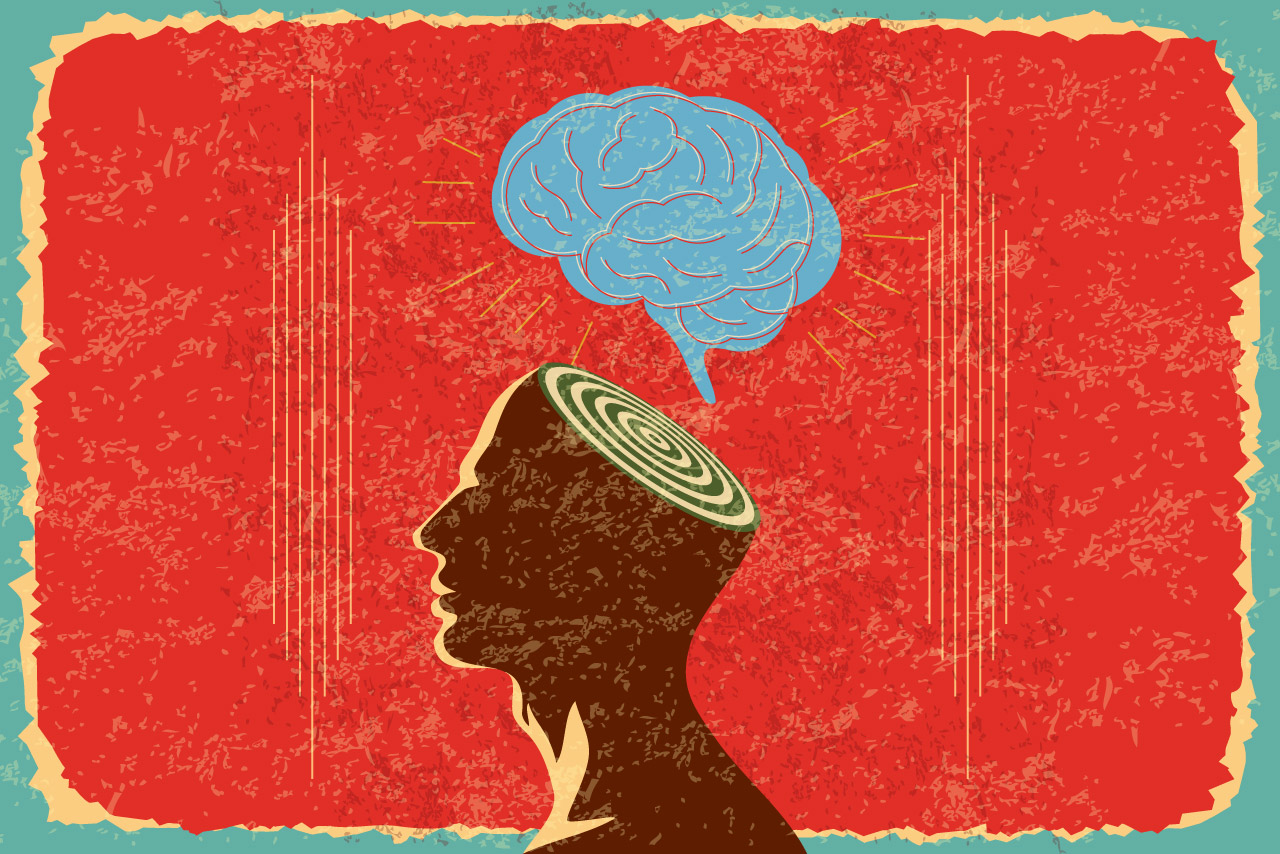 “The happiness of your life depends upon the quality of your thoughts.” ~Marcus Aurelius

Overthinking is common. And everyone is asking us to stop it. Articles like these are abundant:

“7 Signs You Are an Overthinker”

The overthinker in me is starting to question the effectiveness of all this well-meaning advice. If it were that easy to stop, there can’t be so much of it still.

I can’t help but wonder if we are looking at overthinking too negatively. Could overthinking be a part of human nature that actually has benefits? Otherwise, wouldn’t evolution have weeded out this useless trait by now?

Surely, the universe has not made a mistake by giving human beings a brain so prone to overthinking. Surely, the overthinkers amongst us are not mistakes?

Yes, many a times I feel like a mistake when being told “you think too much” and “don’t overthink it.” Is there something wrong with me?

Years of Thinking Before a Life Decision

For as long as I’ve known, I’ve thought a lot. This served me well in school and at work, as I was recognized for my analytical abilities and rigor of thinking.

However, when it comes to personal matters like family, relationships, or career problems, this deep thinking power of mine becomes seen as overthinking.

Several years back, I was dealing with a failing marriage and a challenging new job posting at the same time. Amidst the stresses and unhappiness, I found my brain constantly thinking about what was happening and what I could do.

As I thought and thought, the situation appeared rather hopeless. I wanted to leave the marriage—but what about our child, our financial commitments, our religion, our closely-knit families? I wanted to leave the job—what if I could not find a better job because of my age, specialized experience, poor job market, people factors?

When I tried to share all these thoughts with friends, I often attracted a “you are overthinking” comment.

Initially, I thought the problem was really me. I wished I wasn’t such an overthinker.

But was I really overthinking? These were important factors, shouldn’t we be thinking about them thoroughly before making any decisions?

It hurt when people seemed dismissive of the fears and concerns that arose as I thought deeply about the issues. Since they were not going to try to understand, I guess I just had to stop telling them.

I can now confidently say, had it not been for the rigor of my thoughts back then, I would not have had a relatively smooth divorce and a change of jobs within the same period of time. They did not come about from luck—they came about from careful, thorough thinking that allowed me to take actions to mitigate possible fallouts.

I planned and executed my divorce and job switch as I would a multimillion-dollar deal. To others, it might have been overthinking. To me, it was necessary thinking.

The Definition of Overthinking—Inherently Negative

Overthinking in itself is already negatively defined. According to Cambridge Dictionary, overthinking is “the action of thinking about something too much, in a way that is not useful.”

Let me zoom in on the two descriptors in the definition.

Firstly, “too much” is a very subjective term. It necessitates that there must be a “just right” level as a basis of comparison. Isn’t it a fine line between “thinking too much” and “thinking just right”? Where you draw that line is most likely different from where I draw it.

Secondly, “not useful” is also a very subjective term. Let me give a simple example:

A young girl goes to a supermarket to buy capsicum for her mother. Her mother had forgotten to specify the color of capsicum she had wanted. The young girl stands looking at the variety of capsicum in the supermarket, thinking for an extended time which color she should buy.

If you had stood by the girl and watched her, you might think “why is she taking so long to make a decision? She must be overthinking, just pick any color!” To you, thinking about the color of capsicum to buy is definitely not useful.

But the girl knows different. Her mother has a temper that few can tolerate. The last time she brought home normal carrots instead of baby carrots, her mother had gone into a violent fit, screaming at the top of her voice and lambasting her on her stupidity. Thinking carefully which color of capsicum to buy is definitely useful for the girl to avoid the same punishment.

Although her mother did not specify the color, the girl carefully recalls what dish her mother might be preparing and whether her mother had used a specific color before. It takes more time than usual but she makes a calculated guess.

What is useful to her may not be useful to you or me. Do we have sufficient information to judge?

Incidentally, that little girl was me.

Why is Useful Thinking So Often Mistaken as Overthinking Then?

People generally have no time or patience to listen. And we are not particularly effective at articulating and summarizing our thoughts well.

Without sufficient information and understanding about one another’s lives, the judgment that many of us are overthinking can easily arise.

Think about it, how many people in your life have truly spent time to understand your problems and thought processes? One or two good friends? And perhaps therapists and counselors who are paid to do so.

Many a times, after hearing our issues in depth, these friends and therapists understand where we are coming from and help us achieve greater clarity about our issues.

When we think a lot about an issue, we are likely to dissect an issue to great depths—we see all angles, the positives and the negatives. The problem is that we tend to talk more about the negative aspects of an issue and give the impression that we are only thinking negatively (= not useful, therefore overthinking).

Speaking for myself, I tend to assume that the positive parts of an issue are obvious and need not be discussed at length. It is the negative parts that warrant focus because they need to be mitigated or resolved.

So How Do We Engage in Useful Thinking?

Thinking is a human superpower. Considering how complex the human brain is, should we even be surprised that we are capable of thinking a lot?

This Scientific American article estimates that the brain’s memory storage capacity is around 2.5 petabytes (or a million gigabytes), with more than a trillion connections between one billion neurons. This roughly translates to storage of three million hours of TV shows (or running the TV continuously for more than 300 years).

If that is our brain’s storage capacity, what about its processing capacity. The human brain is known to be much more efficient at processing than computers. What might take a computer a few million steps to calculate can be achieved by a few hundred neuron transmissions in the human brain (see “The Human Brain vs Supercomputers… Which One Wins”). In addition, humans are capable of advanced planning and decision-making, humor and morality (BBC Science Focus).

This superior cognitive capacity sets us apart from other animals. The same brainpower, it seems, also makes us prone to overthinking.

What we can do to harness this tremendous brainpower is to ensure that most, if not all, of our thinking is useful thinking? Here are four quick principles to keep in mind:

1. When thinking, consciously push for greater clarity of the issues, with the goal to reach a decision or a plan of action within a certain timeframe. (Kinda like what we do in our jobs.)

Note: Deciding not to do anything at the moment about a problem (e.g. failing marriage) because there are too many constraints (e.g. children’s welfare) is also a decision. Thinking thoroughly about it allows us to better understand the situation and either choose to accept it or do something to change things.

2. Recognize when the thinking gets stuck and leads to confusion or anxiety. This is when talking it out with someone can be useful.

3. It is okay to be selective about who to talk to. Some people will not have the patience or sincerity to hear out our issues and will likely judge us as overthinking.

4. When talking out issues with someone, it is good to touch on both the positives and negatives. This helps people understand that we have thought through the issue from many angles before zooming in on specific parts that need addressing.

Differentiating Between Useful Thinking and Overthinking

Perhaps generally, we can say that the thinking is not useful if it results in extended periods of confusion, anxiety, or inability to make a decision.

Conversely, if thinking a lot about something eventually leads to greater clarity, careful plans, and robust decisions, then the thinking can be considered very useful.

The only people who can truly differentiate between useful thinking and overthinking are ourselves and the people who understand us well.

As the saying goes, nobody has walked in our shoes. Our childhood, upbringing, and decades of life experiences set the context of our thinking patterns.

Let’s not be so quick to judge that we ourselves or other people are overthinking. Have we truly listened and tried to understand?

I’m not dismissing the fact that there may be medical reasons if we are frequently engaged in thinking that is not useful. There has been a lot written about overthinking as a symptom of or giving rise to anxiety and depression.

But we should also refrain from passing judgment or assigning a medical condition so quickly to an action that many of us engage in, at least sometimes if not often.

I am sure philosophers and sages across centuries (like Seneca, Confucius, and Gandhi) may have been seen as overthinkers in their time. But how useful their thoughts have been to benefit and inspire generations.

While analysis paralysis is a real problem, when it comes to significant life decisions, I would rather err on the side of caution by thinking too much than thinking too little.

M. Lish writes and designs at ModernBattles.com to recognize the daily battles we fight in trying to live up to modern society’s expectations. She explores issues close to our hearts (like career, love and self-esteem), particularly how a lack of society-defined success impacts our self-worth and prevents us from loving ourselves as who we truly are. ModernBattles.com aims to provide hope and healing in our journey to BE authentically ourselves.

What You Need to Do If You Feel Insecure in Relationships

How Overthinking Ruined my Relationships and How I Overcame It