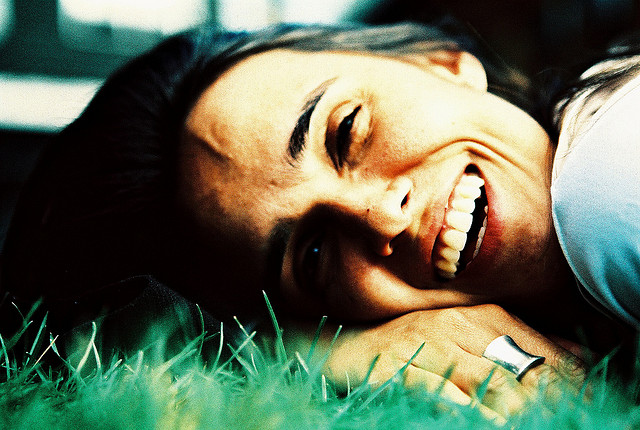 “The way you treat yourself sets the standard for others.” ~Sonya Friedman

Once again, I’d sent follow-up emails to guys who had shown interest in my dating site profile. Once again, I’d included full-length photos with those emails, unlike the headshot that went along with my online profile.

And once again, days later, my inbox was a virtual ghost town.

Didn’t these guys know how much courage it took for me to set up a profile in the first place? I was twenty-six years old and been on fewer than a dozen dates in my life—including my senior prom, to which I took a freshman.

I was morbidly obese for most of my twenties and had only recently lost fifty pounds. I was still overweight but in better shape than I’d been in years. And yet it still wasn’t good enough.

As soon as these once-interested guys got past my witty, self-deprecating profile full of catchy phrases like “loves to cook,” “enjoys watching football,” and “can quote The Godfather” and saw me head-to-toe, they remembered that it doesn’t matter if a girl likes watching sports or can cook a mean Sunday dinner—as long as she’s “fit and athletic.”

My self-esteem was lower than low. This was just as bad as being ignored to my face in bars and at parties.

I felt like I had to apologize for the way I looked. “Hey, sorry I’m fat, but I’m a really nice person! And I’ve spent a lot of time developing my sense of humor while the rest of you were out dating and stuff!”

I’m not sure what finally flipped the switch inside my head, but I remember the date the switch got flipped: March 7, 2006.

I’d had enough. I realized (somehow, for some reason) that I didn’t have to apologize for anything about myself.

That there were plenty of girls who looked just like me and managed to find love on their own terms—who managed to live life regardless of the voices in their head which tried to tell them they weren’t allowed to.

I got mad, both at the world and at myself for wasting so much time feeling apologetic. Like I had to gratefully accept any little crumbs thrown my way.

So I went on a rant. And I took that rant to the bastion of all that’s sketchy about the internet.

Yes, I went to Craigslist. Hey, why not? I had nothing to lose at this point.

I wish I’d kept that rant because it was gold. I derided the nameless men who let me know without saying a word that I wasn’t good enough once they got a look at the full package. I called it exactly as I saw it, with all the vitriol I could manage.

I then announced to all of the world that I wore a size 14/16, and that anyone who had a problem with that shouldn’t bother wasting my time.

I listed the same qualities I’d listed on my dating profile, and asked if my size really mattered in the face of all I had to offer. My humor, intelligence, hatred of reality TV, love of old timey movies, insanely huge music collection spanning six decades, mad cooking skills…did my size matter all that much, really?

I may even have referred to myself as “a catch.” I don’t know, it all became a blur after a while.

And much to my surprise, my inbox exploded with responses. Many of them were immediately deleted—you know, pictures of genitals and all that. (Craigslist will always be Craigslist.) Some were practically unintelligible, so I moved past them pretty quickly, too.

But one reply…one reply caught my eye.

The guy could spell and knew how to use punctuation. He seemed warm and friendly and smart, and appreciative of what I had to say. The fact that he liked to cook earned him points, too. (Ladies, I think we can all admit that we get a little swoony over a man who knows his way around the kitchen—men, pay attention!)

I knew immediately that if nothing else, this guy and I would be friends. What I didn’t know at the time was that I would marry him in September 2008.

See, I know now that the moment I decided to start treating myself like I was worth loving—no apologies, no holds barred—was the moment the Universe breathed a great big sigh of relief and said, “Finally.”

That’s when a man who’s called me beautiful every day since we first met found me. Things started clicking within minutes of me publishing that post.

For years I had assumed that everyone else saw me the way I saw myself: fat, unattractive, worthless. I know now just how deep my self-loathing went, and I wish I could go back and hug that old version of me.

That sort of thinking is a vicious cycle—the worse you think you are, the more you cut yourself off from others, which makes you feel even worse than you did before.

Bonus: Because I was so utterly myself—snarky, sassy, smart, sarcastic—I attracted someone who likes those qualities and I never have to pretend to be any other way.

If you’re in a situation where you feel as though you have to change yourself in order to measure up, or like you have to put up with someone else’s mess because you can’t do any better (be it in a relationship or a job), change your mind.

Know that it’s just your insane, misguided ego trying to keep you small and quiet—and that’s understandable, because your ego wants to avoid going out on a limb and possibly being hurt.

But you absolutely have to ignore that fearful voice and start speaking and living your truth anyway. And as soon as you put yourself out there, your life will start to change.

This doesn’t have to be anything on an epic scale—no Lifetime movies-of-the-week here. It can just be something as small as posting a rant online, claiming your worth, and announcing that you’ve had enough of feeling “less than.”

Maybe you’ll simply start holding yourself to a higher standard when it comes to the way you talk about yourself and others.

And maybe that new way of talking about yourself will leak into the way you talk to yourself. You might actually start smiling when you see yourself in the mirror.

You might then start seeing all the ways you’re playing small in your life, and you might start making subtle shifts in how you handle things going forward.

You’ll stop putting yourself last. You’ll start speaking up when a situation doesn’t feel right to you. You’ll stand a little stronger every day.

And the Universe will breathe a great big sigh of relief and say, “Finally.”

Jennifer Bardall believes that life is best lived on purpose. Her book, Delicious, describes her battle with emotional binge eating and encourages others to put down the fork and pick up their life.

Living in Extremes: Releasing the Need for Chaos and Control