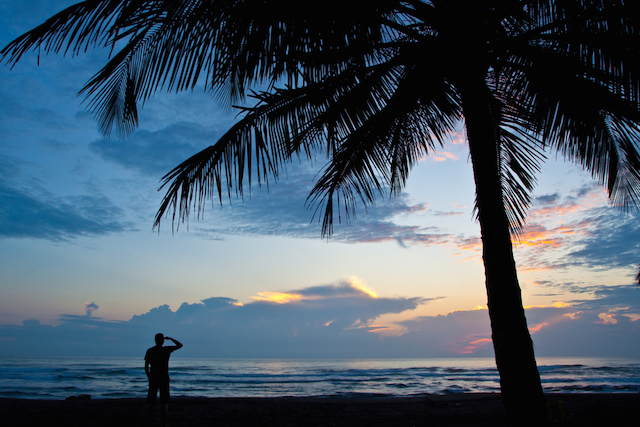 It was an ordinary school morning in a busy European city. I seem to recall it was spring, as my memories store the feeling of awakening after a long winter.

I was seventeen and getting ready to go to school. Following my standard morning routine, which included eating my meticulously assembled breakfast, I walked to the tram station.

The city I lived in at the time was situated in a beautiful valley, and the tram ride offered a trip to the hub of the city. My high school was downtown in the historical part of the town.

I loved walking to the tram and even more, I enjoyed walking from my final tram station to school.

There was something different about walking in the middle of old buildings that always gave me the feel of spaciousness, grace, and often mystery. It was such a striking contrast from the modern and mundane apartment buildings in the newly built subdivision where I lived!

The city transport experienced some chaos that morning, as the typical short wait time between trams turned into almost a half hour.

My tram station was really crowded, and I felt lucky I got in. As I stood in the tram that spring morning, looking outside the windows and barely noticing the grey high-rise buildings, little did I realize what this morning would bring for me.

It seemed like an unusually busy day, and because of the delay, every tram stop had a huge crowd waiting at the platform.

After five or six stops, the tram was packed like a can of sardines. I watched people at the stops nervously looking toward us, “the lucky ones inside,” as they likely contemplated how late they would be for school or work today.

I really wished this ride would be over soon.

The tram started moving toward the downtown area. It is quite a steep hill downward into the valley. This stretch of the ride was the most fascinating for me, as the green area framing my view just zoomed by like a wide line painted by a massive paintbrush.

I felt lucky to be by the window and having breathing space in front of me instead being squeezed in the middle of the crowd.

The green space, however, moved incredibly fast this morning, as if it was just flying by. Then I registered a sudden jolt.

After that, it was very quiet. In the midst of this silence, all of sudden I heard a voice asking for help. It sounded quite frightened as it repeatedly asked, “Please help.” Who is saying this? I wondered.

If you ever experienced no connection to the concept of time, this was it. After I heard the same voice a few more times, I came to a surprising realization. It was mine.

This voice was coming from my body, yet I felt I was a completely peaceful self, compassionately watching someone who was frightened.

Later on I realized the tram derailed and flipped sideways. I was saved and physically unharmed because I was on the “lucky” side of the tram.

I continued the journey called life, but something unlocked inside me. In fact, I was “haunted” for years by the experience of my “peaceful self,” which had listened to my scared physical self.

Needless to say, I continued to live my life for a few decades very often identified with my scared physical self but always wondering about my peaceful self.

Who am I really? Who was the part of me that heard my voice?

Fast forward many years, I encountered the presence of my peaceful self once again. Luckily, this time it wasn’t in an accident.

After years of hard work establishing myself as an immigrant, learning a new language, and creating financial stability, I decided to end my job and step into unknown and uncertainty. I didn’t know how I was going to earn money; I just knew what I did before wasn’t part of my life’s purpose.

My body shriveled with fear. My mind was racing with thoughts about my bleak future and losing everything I had ever worked for. Not only that, but this could have meant I wouldn’t be able to help family members that I had previously helped out financially.

I remember it was a bright sunny day and I was in the office with my boss. The glass windows in the corner of the building surrounded us and lit up the space.

I felt I was bathing in light. I was literally not able to speak. My mind kept saying: You can’t do this! And then it happened again. I heard a shaky voice saying: I decided to quit.

Have you ever felt your chest opening up? In this moment, I felt as if a cave opened inside my heart. A wave of calm spread through my body. My peaceful self was there, watching and observing my scared self. I cried tears of relief.

These days, I don’t even question my peaceful self. I just trust it’s with me everywhere, holding its arm around my shoulders and whispering: Trust. You are going to be okay

And as I embarked on a life time journey of meditation reconnecting with that peaceful part of myself, I repeatedly remind myself that I am simply able to watch my frightened physical self.

And so can you.

Whenever you feel stuck in life and full of fear or desperation, remember that the big, real part of you is simply the peaceful observer that can watch the physical self. It can watch the fear, sadness, or anything that arises inside you. And it will watch it with love and compassion.

We often experience pain when we associate with our thoughts and believe that we are our mind and our emotions.

Do you have a thought that frightens or worries you right now? Simply say to yourself that you are noticing that thought. Say it at least five times until it feels more and more distant. Now you are coming much closer to being your peaceful self.

My reconnection with my peaceful self brought so much more freedom to my life, and I believe it will bring freedom to your life too. Visualize it holding its arm around your shoulders and telling you: Trust. You are going to be okay.

Edita Atteck joined the world of transformational coaching as a result of her passion to help reduce anxiety, chronic stress, and to end the entrapment of being identified with one’s mind. She invites everyone to stop overthinking and start living. You can find her guiding workshops, coaching clients, and playing while watching the clouds. Follow her on Facebook, Twitter, or Pinterest.

50 Ways to Be More Peaceful and Mindful Throughout Your Day