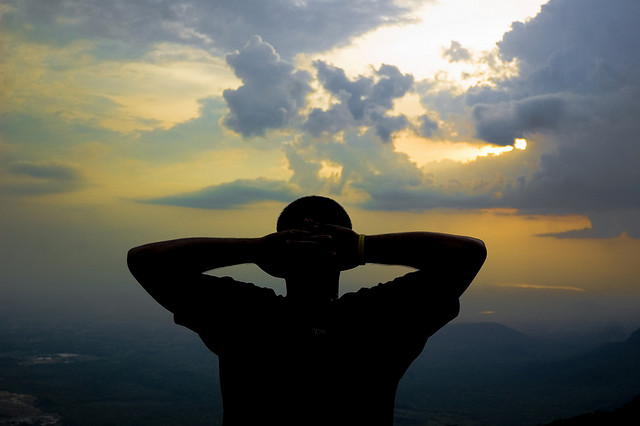 I awoke early one morning, the cries and pleas of my dreams slowly dissipating, and though I could no longer hear or see what was happening, it stayed with me as I drifted back to the real world. I knew this story; I had dreamed a memory, and the remains of it stayed with me in my body.

Like a dark cloud it made me pull my knees into my chest, and it forced salty tears from my closed eyes.  I had dreamed of a day almost two years ago.

I had dreamed of the day I was raped.

I was fifteen, and though at first I consented, I revoked that consent, but it happened anyway. That was the dream I had awoken from. The cries were mine; that voice that was begging him to stop was mine.

It was like reliving it again, and again and again.

Memory is a funny thing. Since that day I have gone to many therapy sessions, I have made many changes in my life, I have even come as far as being able to forgive him for what he did, and myself for the choices I’d made to put me in that situation, but the memory remains.

When that emotion hits me, I feel like I did the day it happened. I revert back to the little girl I once was, and all of the progress I’ve made is somehow washed away with the tears.

I awake and I don’t feel like I’m living in this body, in this world. I am stuck somehow somewhere else, in the foggy place of memory. And it’s very hard to get out. I feel like it was my fault, like I am not worthy of a good life.

I feel broken, and all I want is to be alone.

I heard once that by the time people are thirty, most of them have been traumatized in some way. I guess what I’m learning about forgiveness and memory is universal. So these are my ways of getting out of that place of pain and focusing back in the real world.

As I have said, when I have dreamed about him, I feel like I’m living the memory long after I wake up. I find myself drawn to activities such as yoga and meditation. It’s my way of regaining my footing and releasing those memories of hurt.

Sometimes it’s so easy to fall into the familiarity of trauma. This is when it is essential to make sure that we are grounded here and now so that we don’t make the same mistakes again.

I find that when I am re-experiencing the abuse, I embody the false belief that I am not a deserving person. Not deserving of love, of connection, of support.

I also find that when I am left alone for extended periods of time, these feelings only grow. Find people who can support you. They don’t always know what to say or how to fix it, but their efforts say something very powerful to a sad soul.

Their efforts say, very quietly, “I love you,” and very often it’s those three simple words that can heals many wounds.

Forgive Yourself and Forgive Them

It took me two years to forgive the person who hurt me, and sometimes I’m not even sure if I forgive him completely. It wasn’t fair and I didn’t deserve what happened, but one day I realized that I was hurting myself by holding these feelings of anger in my body.

I learned to understand why he would have done it, and I discovered that it probably had nothing to do with me. He was in a lot of pain when it happened, and he wanted someone else to hurt just as much.

Forgiving myself was a little harder. It’s an ongoing, never ending process. I did not deserve what happened to me. I should not have been hurt like that. But I was.

And no matter how much I lament what could have been, I am learning to understand that I handled the situation as best as I could then.  At the time that was good enough.

Most importantly, I’ve learned that sometimes the most devastating events hold the most important lessons in life. It’s pushing through the fog of pain to reach the learning that is the key to living.

Memory is a funny thing.

Some memories slip away and we can barely recall them a week later. Others hold tight, nestling in a corner of our brains, and pop out when we lest expect them. Whatever the memory good or bad, it’s essential to just do our best.

Elora Nelson is a student and a uniquely candid writer, poet, and pen pal. Her experiences in a diverse set of circumstances influence her to write what she can't say. Her words demonstrate a distinctive tone and view of the world that is conscious of life as an ever-changing journey.