Do, Adjust, Do: A Journey to Meaningful, Satisfying Work
By Lori Deschene 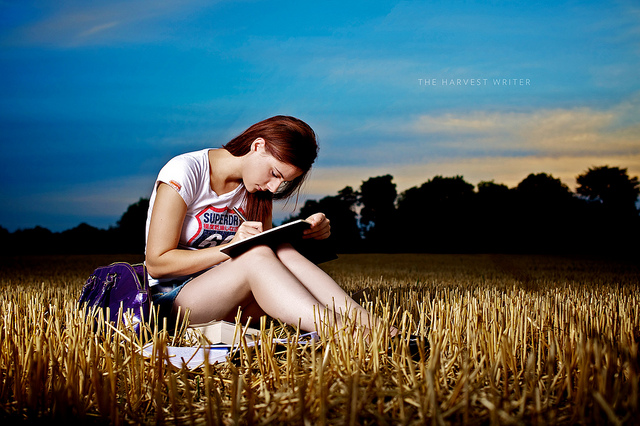 “If we are facing in the right direction, all we have to do is keep on walking.” ~Proverb

I couldn’t drive, drink, vote, or stay out after nine, and yet I had two jobs.

I started working just before I turned twelve. My parents didn’t have a lot of money, so I knew early on I’d need to work if I wanted to do fun things, like go to music camp.

After school, I went to a program for kids where I led them in creative activities, like singing and arts and crafts. On the weekends, I ran the dozen counter at my family friends’ bagel shop.

I haven’t stopped working since I was twelve, and at times I’ve held more than three jobs at once. To some extent, it’s because I’m resourceful and ambitious.

But it’s partly because I’m one of those people who refuses to spend forty hours a week doing something I don’t love. So I end up spending sixty hours doing a combination of things, some I adore and some that allows me to do those other projects.

I have a lot of friends who work jobs they loathe, some in corporate environments, some in retail, and others at start-up companies. Though the atmosphere and job descriptions vary, they all involve eight-plus hours a day, work that doesn’t satisfy them, and steady paychecks that justify it.

When I chose to study writing and acting in college, I assumed it would all work out when I graduated—that I’d instantly make the right connections and fall into the perfect life.

Once I was in the real world, my confidence started to falter. I felt overwhelmed when I realized I’d have to struggle, and I began talking myself out of my dreams.

“You don’t need to be an actress or writer,” I told myself. “Everyone wants those jobs. Why waste your whole life chasing rainbows when you could find something that’s good enough and just enjoy it?”

So I did that. In my first job out of college, I provided respite services for adults with developmental disabilities. I’d pick them up, take them out for a recreational activity, and then bring them back home.

When I switched to a residential environment and one of the clients tried to stab me in the jugular with scissors, I decided the job wasn’t for me.

From there I fell into sales. I’d done a little in college, when I first learned the beauty of commission. I sold more overpriced vacuums than anyone else on my team by convincing customers the $500 investment would preserve their carpets and save money in the long run.

After a while, it occurred to me that I wouldn’t spend that on a vacuum. Overnight I developed an up-sell constricting conscience that limited my earning potential. Post-college telemarketing was an exercise in insanity—doing the same thing and expecting different results.

In my mid-twenties I fell into mobile marketing. You know when you go into a bar and see a girl handing out free shots? I was that girl, except I also gave out Frisbees, bumper stickers, and gum at sporting events, concerts, and neighborhood hot spots.

I even got to drive Will Ferrell to TRL when I was driving around in a fake news van, promoting the movie Anchor Man.

When I realized I could do this kind of thing on the road, taking promotional campaigns from city to city, I was all over it. It was kind of like touring with a play, but I didn’t have to audition (and potentially fail). I just had to smile, give people free stuff, and leave the selling to someone else. Beautiful!

I didn’t feel that way after the sixth tour. I’d already seen most of the country, and I was grateful for that, but I couldn’t do it as a long-term career. Not if I wanted to put down roots and form real relationships.

Around that time I asked my friend who owned a yoga studio how she knew what she was meant to do.

I’d worn so many different hats but I didn’t feel passionate about any of it, and none of it was sustainable over the long haul. I didn’t want to tour forever, and I didn’t want to spend the rest of my life as a workaholic just to avoid a salaried position.

She made a Captain Obvious observation that seemed unhelpful at first, but was actually reassuring.

“You’re figuring out what you don’t want to do, and that’s progress.”

I realized then that if I was ever going to feel fulfilled by my work, I needed to change my thinking on a few levels:

1. I had to stop assuming the work I’d love would be impossible to get.

That limiting belief kept me from even trying to write until I turned 27 years old.

2. I needed to take the pressure off finding the “perfect job.”

In my youthful confidence, I assumed I’d fall into it; in my adult cynicism, I refused to work for it—but in both cases, I thought my ideal life was some pie-in-the-sky pipe dream, as opposed to an achievable goal. Of course it was overwhelming to work toward a dream I felt was reserved for the chosen few.

3. I had to accept that finding the right situation might be a long-term project.

And I had to accept that getting specific about what I actually wanted might entail a lot of trial and error.

I’ve been trying and erring for over a decade, but with a different purpose these past several years.

Since I started writing professionally in 2006, I’ve realized I don’t want to write full-time. I’m eternally grateful that I’m able to earn money doing something I love; but I don’t love spending twelve hours a day tied to my computer, balancing my passion projects with freelance work that doesn’t excite me.

That realization is progress.

It started as “I want to be a writer.“

It turned into “It’s too hard to be a writer—what else would be fun?”

That became, “I will write, even if I have to take every unpaid Craigslist gig I can find.”

That evolved into, “Now I’m a writer, but something is missing.”

I’ve been on a long journey of do, adjust, do, to create a work life that feels balanced, meaningful, and satisfying. Somehow just being on the journey with intention, courage, and commitment feels like a major success.

Finding your passion isn’t about identifying a concrete vision and getting there as fast as possible. It isn’t about making one solid plan and sticking to it at all costs, sometimes against your instincts and honest desires.

It’s about jumping in, exploring, paying attention to how you feel, and then making changes as you go if necessary. Some of those changes will be minor adjustments; some might be major life decisions.

What matters is that we do. That we’re honest with ourselves about what we want, take strides to create it, and then have the courage to change courses if and when it feels right.

Satisfaction is in the doing and adjusting. Meaning is in the journey itself.