Doing What’s Good for Us: What We Need Beyond Discipline
By Catharine Clarenbach 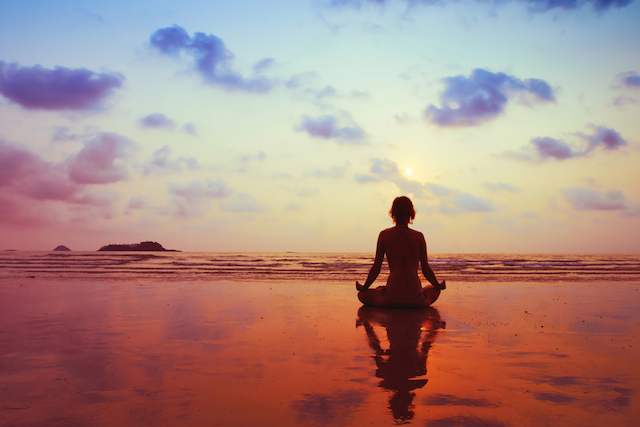 When I first engaged spiritual practice, I tried to meditate while counting breaths. “I can’t do this!” I lamented, “It’s too hard.” The green satiny cushion filled with buckwheat chaff felt hard and unforgiving.

My legs ached. I kept checking my watch. My mind ached.

The watch taunted me, and I did not feel the least bit edified by the experience.

But every few moon phases, I’d try again: half an hour of hellacious discomfort, of shifting in my chair or—if I had gotten really ambitious—on the cushion.

It was horrible. Didn’t feel life affirming at all.

In fact, it was nothing but an occasion for self-criticism. I didn’t know how to watch my feelings and thoughts arise and release, as I had been told I was supposed to do. I only knew I had to sit there for half an hour, no matter what.

But wasn’t it what you’re supposed to do? Wasn’t it good for me? Wouldn’t it change my life?

As you might imagine, it didn’t take very long for me to abandon a sitting practice. I berated myself for having no discipline, and tried to move on.

The word “discipline” only conjured suffering: Exercise I hated, housework I loathed, and foods I ate only because they were “good for me.” Besides a very limited concept of “good,” the whole idea of discipline was clearly associated with punishment and pain.

Eventually, I did learn that “discipline”—like “disciple”—comes from the root, “to follow.” It was not derived, say, from “spare the rod and spoil the child.” Still, I struggled.

The maxim, “Discipline is remembering what you really want” felt strange, alien. It did not comfort me.

Sadly, “practice” was even tainted with discipline-ism. Practice makes perfect, after all, and perfection was what I thought I wanted and could never get my arms around.

I came to dread even life-giving activities I loved because I associated them with “having to” do them because they were “good for me.” Down was up. Good was awful.

Eventually, though, those two earlier understandings began to sink in: “Discipline is remembering what you really want,” and “discipline’s” root is “to follow.”

How did this shift happen? How did things turn and move and change?

In me, it happened because I learned that discipline is nothing without gentleness. Without kindness. Without understanding my own suffering.

It was gentleness that allowed me to explore forms of spiritual practice that I had not previously considered. Gentleness allowed me to be creative and find what worked for me.

Singing at my altar. Freewriting. Breathing over my coffee in the morning.

And it is gentleness that allows yogis just to “get on the mat” and see what happens from there with no expectation or plan.

It is gentleness that allows us to sit for only a few minutes today instead of the forty-five we’d like to attain or sustain.

It is gentleness that acknowledges that practice changes us over time, not in a sprint or in a flash of heavy lifting.

In my experience, gentleness doesn’t keep us from being disciplined. In point of fact, because gentleness helps us respond to our current circumstances, it is indeed a practice of mindfulness.

Gentleness is a way of being kind. It both doesn’t sprint in this moment and yet it encourages us to get on the mat, to settle into the cushion, to sing for a while, to write a page or two.

Gentleness is supple. Gentleness does not say that it’s okay to throw in the towel of practice. Gentleness makes practice possible when it feels so difficult.

It has taken me close to twenty years to get to a sustainable, nearly daily practice. If I had pushed on with my limited understanding of discipline, my practice would not have grown, deepened, and borne the fruit it has.

So I began again, after years of trying long chunks of seated practice.

I began by creating beauty. I began by setting up altars with candles and objects sacred to me and by spending time with them each day.

And then I began to write at my altar, and then to sing. I could sing for longer than I could sit, but singing led to sitting and sitting led to yoga and yoga led to swimming.

I can engage my practice with discipline—make sure to write and sing each day, at least—because gentleness has given me permission to be shaped over time from whatever tiny efforts I could bring to begin with.

I encourage us all—experienced practitioners and those for whom practice feels a faraway dream—to allow both discipline and gentleness to shape us. To attend to when we need one more than the other, but to keep them close together always.

How do you keep them separate or together? Which do you need more in your life today, and how can you cultivate it?

Blessings on your practice and your hopes for compassion, integrity, and wisdom.

Catharine Clarenbach’s passion for the spiritual life began in early childhood and has never stopped evolving. She swims streams of seekers and learners, more than in any particular religious institution. Click The Way of the River to find out more about Catharine’s take on accessing our Deepest, Wisest Selves through writing, classes, meditations, and one-on-one accompaniment.

How Do You Motivate Yourself: With Love or Fear?

7 Tips to Develop a Daily Practice for Growth, Healing, and Happiness