Lessons from a Life Lost Too Soon: Don’t Let Your Inner Critic Destroy You
By Anita Kite 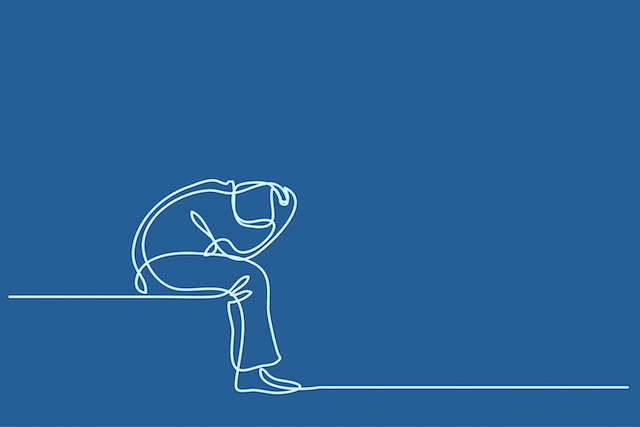 “What you tell yourself every day will lift you up or tear you down. Choose wisely.” ~Unknown

It was a story I just couldn’t get out of my head. A young teen had died in a town not far from where I live, a town where I used to live. I knew people who had kids who knew this girl.

I heard she was a swimmer, bright and popular. At first the talk was about how she’d died. I heard someone surmise that she was killed. Someone else said it was a horrible accident, and of course, there were murmurings that maybe she had done it herself. And then, I heard nothing.

Months passed and I eventually put the whole incident out of my mind, until I came across an article in our major metro newspaper. The girl’s parents had come forward to share the terrible truth about their beautiful teenage daughter who threw herself off an overpass.

What could make a girl who seemingly had it all make that terrible choice? Her grades were good, she had friends, she was an athlete, and she had mad robotics skills. No one knew the depth of her suffering, and that’s just how she wanted it.

At one point, the girl vaguely confessed to a teacher that she was stressed, and the teacher immediately shared this information with her parents. They in turn brought her to therapy, but the therapist never learned the truth or depth of this girl’s suffering. No one did, until it was too late. Not surprisingly, the girl’s parents were completely blindsided when they learned what their daughter had done.

So how did her parents come to understand what led to this terrible tragedy? And what did they hope to achieve by sharing their daughter’s painful story with the reporter? The answer was in the girl’s journal, excerpts of which were featured in the article.

The parents had not even been aware that their daughter had kept a journal until after her passing. What they learned upon finding her journal was that for one year prior to her suicide she had written a daily diatribe of the worst, most hateful insults directed at herself. This is something she allowed no one to see—not her closest friends, not her parents, not her therapist, no one.

As I read through the excerpts, one word kept coming to my mind over and over again. The word was “indoctrination.”

This girl had utterly been indoctrinating herself as if she had joined a cult, hell bent on getting her to feel nothing but utter contempt for herself.

The reporter even pointed out that one of the many cruel, self-demeaning excerpts was written on a day when the girl and her robotics team had experienced a triumph at a competition, yet not one utterance of this victory was reflected in her writing. She had convinced herself that she was worthless, and she was not going to allow any evidence to the contrary to challenge that perception.

Why am I telling you this story? First, let me ask you a question. Do you have a voice inside your head that tells you that you are unworthy, undeserving, ugly, stupid, or any number of other similarly hateful messages? I do. It’s harsh and it’s painful and it’s shameful. It’s the voice of self-abuse, and it can prevent us from enjoying life by shaming us for even our most minor imperfections.

Those of us who live with this voice, tolerate it. While we know it’s not pleasant, we don’t typically see it as deleterious to our health. We don’t challenge it; we endure it. We sometimes try to drown it out with food or sex or alcohol.

This girl however, took it to another level. She gave that voice power, she wrote down the toxic words in her head every day and drank them in even as they slowly poisoned her mind into believing that she didn’t deserve to live. That thought, that realization, hit me like a sledge hammer.

It was at that moment that I asked myself a question. If the words she wrote down, reinforcing every ill-conceived, misguided, self-negating thought she had about herself, had the power to kill her, what would the opposite have done?

What if every day she’d come home and filled her journal with thoughts of self-compassion, self-forgiveness, and unconditional love and respect? Could the power of those words have saved her life? Could they have defeated her cancerous self-hate such that she’d be alive today to share her amazing journey back from hell with the world? I believe the answer to that question is, yes!

I can’t bear the thought of this precious girl dying in vain, so in a way, I write this article on her behalf even though I never had the pleasure of meeting her. I feel I owe her a debt of gratitude. She helped me understand the immense power we have to either convince ourselves that we are worthy or that we are worthless.

We can choose to let self-hatred breed and grow in silence, or we can notice it and challenge it. The funny thing is, I agree with her initial action. I believe that writing down or at least saying our self-deprecating thoughts out loud is a necessary first step for exposing the lies we mistake as truths. We can’t stop there though; we then need to move to self-compassion and take on the difficult task of writing a different narrative.

Let me just say up front that this will not be easy. In fact, this may seem like a Herculean task. It’s essentially forcing a runaway train to change direction. Reflecting on my own experience of trying to turn the train around, I find that I often fall back into old habits, drifting toward the familiar path of self-hate, but I now understand it is imperative that I stay the course and continue my efforts to change. If I don’t, I will ultimately be consumed by my self-destructive inner dialogue.

Most of us who grapple with our inner critic never choose to end our life physically, but make no mistake when we allow that voice to take over, we are killing ourselves. What this girl’s story did for me, and what I hope it will do for you, is stop the complacency around self-denigrating self-talk.

While I still hear my negative thoughts, I don’t feed them. Instead, I spend time every day intentionally focusing on the positive, and when life is hard and I don’t do as well as I’d hoped I would, I do my best to meet myself with love and compassion.

So, what would happen if you committed to indoctrinating yourself daily with nothing but self-love, self-praise, self-compassion, and gratitude? How might your experience, your outlook, your world change? Your words are powerful. Your choices are powerful. Choose self-kindness. After all, you deserve it.

Dr. Anita Kite is a certified coach who helps current and emerging leaders notice, name, and tame their inner critic by leveraging the brain’s natural inclination to learn and self-correct. She understands first-hand that moving past our own fear-based, self-limiting stories is a life-long labor of love. You can find her on LinkedIn at linkedin.com/in/anita-kite .

Where Our Inner Critic Comes from and How to Tame It