Embracing the Moment When it Sucks: Dealing with Death
By Tracey Jackson 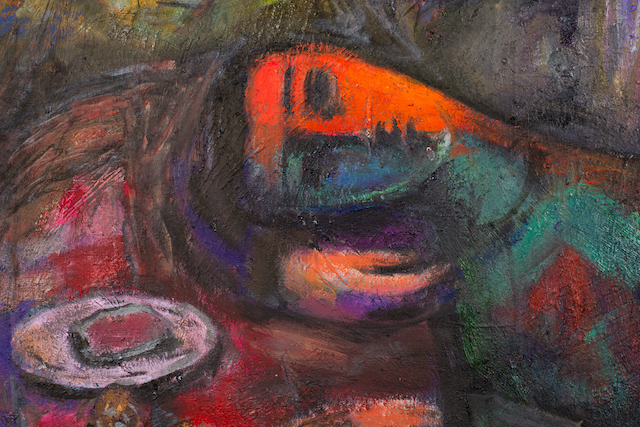 A year ago I lost my best friend of forty-eight years to a pulmonary embolism. It came quickly and unannounced, and it took him instantly.

I found out about his death on Twitter. Because of the length and depth of our friendship I had never known life without him. As often happens when we lose someone dear, I didn’t know how I would move forward.

We’re taught that peace and happiness come from embracing and living fully in the moment, but I often wonder what should we do when the moment sucks. How do we embrace the pain of heartbreaking loss without suffering anger and sorrow?

I don’t know that you can entirely. What my year without Blake has taught me is that to live in the moment, I really have to do just that, whether the moment sucks or not.

During the first weeks after his death I allowed myself to wallow in my misery, yet at the same time I took action. I didn’t just feel the pain; I did something about it. I responded to it, I listened to its needs, and gave it voice.

I blogged about him incessantly. I reached out to his large group of friends and colleagues to share stories. I embraced the moment even though I would have done anything to avoid it. Even though the pain didn’t totally retreat, in time, it lost its hold on me.

I allowed myself to spontaneously break into tears without apologies. I lived in the moment even when that moment was pure unadulterated sadness. The tears eventually subsided; by giving pain its moment, its moment passed.

Many people run from the pain when they lose someone they love. They drown out the sound and fury of the feelings by numbing themselves in a variety of ways.

They refuse to talk about it burying the feelings of the moment, which only makes them grow deeper.

It’s a year now. I don’t miss Blake any less. There will always be a crater where he once stood. But by learning to embrace the awful moments—the sad moments, the inevitable times when I remember he’s no longer at the end of the phone or the computer or walking the globe somewhere—I have learned that they, like everything, are not permanent.

The year has also taught me that when I act on those moments instead of burying them, I actually I have the power to turn the sadness into a type of joy.

In remembering who he was and what he meant to me, I find myself appreciating the decades we had and celebrating those.

If you have also lost someone you love, you might find these tips helpful in embracing sadness.

1. Talk about the person who is gone.

When Blake first died, all I wanted to do was talk and write about him. I found that other people in his life did, too.

It keeps the person alive—the memories, the laughs, the good times, and even the bad times. Giving a voice to who that person was allows other people to do the same. Acknowledge their loss and maybe share a story of your own. Nine out of ten times a Niagara Falls of stories will come pouring forth.

2. Keep visual reminders if it helps you.

I have photos of Blake on my desk, in my wallet, as my screensaver. I turn on my computer and say hi to him. I ask him to help me with my projects (he was a writing teacher).

By making him a visual part of my daily life, I embrace the loss but at the same time embrace the person. He may be gone, but he is in my sight all times.

When the sad moments come, when the aches of missing someone wash over you, embrace them. Don’t sweep them under the carpet.

When these moments crop up, I call his mom and we talk about him for a good half hour. We may cry, but by acknowledging our mutual loss and sadness and by giving it the space it requires we feel better and can move on to other parts of our lives.

I often write notes to our mutual friends. Just getting it down on paper and out in the ether helps a lot. Sometimes I write something on his Facebook Page or email a mutual friend. After writing back and forth, the sadness starts to face.

4. Celebrate the landmarks of a person’s life.

When someone passes away we often only acknowledge his or her death day. Also celebrate the days you would have celebrated when they were alive.

Last year a group of us got together and celebrated what would have been Blake’s  fifty-third birthday. We went to his favorite restaurant, ate all his favorite dishes. I even got him a birthday cake.

When I was choosing the cake, the girl at the counter asked if he had any allergies. I said he was dead. This took her aback to say the least.  But she responded with “I guess that means you won’t need any candles.”

“No, no,” I said, “We want candles, blue—his favorite color.” When the cake came all his friends blew out the candles and made toasts. We turned what could have been a terribly sad day into an occasion, a celebration of his life.

5. Don’t be afraid of the places you went or the things you did together.

I find many people stay away from places because they were the special places they had with the person who is gone.

It was hard at first, but now I find it strangely comforting. I conjure him up, think of what he might say if he were there, and embrace the moment for all it is—even if it’s not all I would like it to be.

Embrace the moment for what is and then make the best of it. In doing this, you limit your pain’s hold on you and may even turn that sadness into a type of joy.

Tracey Jackson is the screenwriter of films including The Guru and Confessions of a Shopaholic. She has just completed her first book, Between a Rock and a Hot Place which will be published by Harper Collins in February 2011. She blogs for The Huffington Post,  The Partnership for a Drug-Free America, and daily on her website http://traceyjacksononline.com.