The Blessing of a Broken Heart: How Pain Can Lead to Healing
By Anonymous 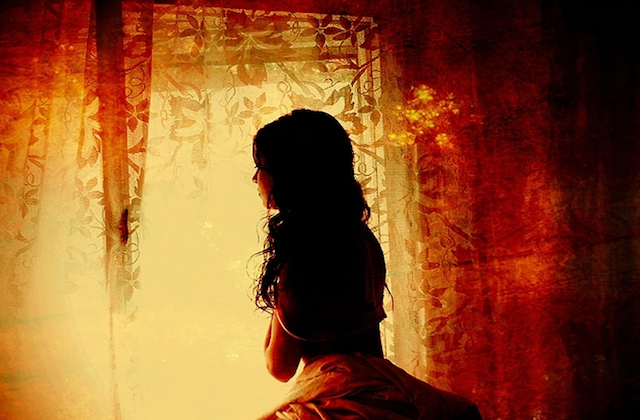 I remember the date because on the evening of April 17th, as I sat with a blotchy red face and tears in my eyes, my dad told me I soon would remember that day and be glad I was no longer sad. “Men are like buses,” he said. “If one leaves you behind, rest assured another will come.”

I found his support very touching, but it did little to console me. If this guy was a bus, it was the bus I wanted to be on, period. That day, on my dad’s couch for the second night in a row, I slept a total of an hour and cried for about eight.

I found the breakup pretty surprising and abrupt. After not more than a strange feeling, and a day during which I sensed an uncomfortable distance, I said to my then boyfriend, “I feel that you might not be in love with me,” to which he responded, “Maybe.”

Boy, did I feel like a fool. What got to me the most was discovering he’d felt that way for a while but hadn’t said anything. There I was, thinking he loved me, and there he was, waiting for me to what, wise up?

It was harsh to say the least. My feeling was that he didn’t even care enough to bring it up.

The following weeks were pretty dreary. I sobbed in the shower, sobbed at home, sobbed while I was working, and felt that my worth was at zero. I’d been dropped like a hot potato by someone that knew me; that had me!

We’ve all been there, left by someone to whom we attributed a big part of our identity, someone who confirmed us as worthy of love and partnership. To different degrees, we all recover, meet someone new, and perhaps go through variations of the same ordeal later on.

I’d been through breakups before, and painful ones at that. But at some point, in the fog of this loss, I got the feeling that rather than this one being something I had to get over, it was one I had to get, as in understand, beyond the corroboration or mending of my bruised ego.

I avoided the traditional post-breakup ranting to friends. It didn’t feel right, and there was little room for trash talking since I couldn’t see the inherent wrong in his change of heart or mind. That led me to suspect that the real source of my pain was absolutely inside of me.

I wanted to go there; I was on a mission. Determined to find the gold, I decided to put myself through a daily routine of questions regarding the source of my pain.

I first asked myself if it was really that surprising that the relationship had ended. Were things really going so well that it would make zero sense for this person to choose to end things? The answer was, unequivocally, no.

We had actually been growing apart. We had fundamental differences in opinion, which had an impact on the development of our relationship; we experienced incompatibility in our rhythm of communication; and our expectations of what it meant to be with someone were different.

On several occasions I actually found myself wanting out, wanting to not feel the potency of loneliness in the company of another; I just kept it to myself. That kind of blew me out of the water: I’d been feeling that way for a while too, and, I too hadn’t addressed it.

Once that little nugget came to light, I found my assumptions regarding his approach to breaking up were, at best, doubtful. I couldn’t sensibly hold them against him, or myself for that matter. I had to let my resentment toward the manner of the breakup go. I couldn’t be angry with him.

Lack of presence can create a disconnect between actual experience and fantasy or expectation. It certainly did for me. There’s what I had, and what I demanded it become, and it was my relationship to the latter that I was most attached to.

Another step in my recovery was accepting that I was most upset about breaking up with my fantasy and my expectation, not with the real, flesh and blood person, and certainly not with the strained relationship.

Then there was the matter of low self-worth. How could my self-worth be challenged by my worth to someone else? As it turned out, my low self-worth hadn’t actually been engendered by the breakup but rather exposed. It was there all along, supplemented by the relationship.

The worthiness I had found in the relationship had little to do with self-worth and everything to do with my reliance on someone else’s evaluation of me.

While I was looking outward for sources of acceptance, affection, validation, and understanding, I could have been looking inward and cultivating the one relationship through which life is experienced, the one with yours truly.

It was bittersweet to learn of this. It gave the situation meaning and a powerful possibility for growth and wellness. I was still grieving, but I realized that what I was grieving was the tragedy of abandoning myself.

I decided to go right ahead and feel it all, with the condition that I keep a watchful eye on the narratives that came up. It was important to remain clear about what it was that was really hurting rather than letting the inner storyteller convince me that I had just lost the love of my life.

Then again, I had indeed lost sight of the love of my life for a while. This was more a case of mistaken identity, because really, what is the love of your life if not your own love?

I chose the path of natural grieving, and by doing so I became present to myself and acutely aware of how important my well-being is to me.

If I was grieving my own abandoning so deeply, then I did have deep love, tenderness, affection, and care for myself. I had so desperately needed my own company and acceptance that when the relationship curtain was pulled, the sight of the neglect was unbearable.

Little by little that presence, awareness, and allowance gave way to trust and safety within on a level I hardly thought possible. I was able to stand by myself, with all that meant, my ups and downs, my strengths and weaknesses.

I still remember the night of April 16th as a sad and painful one, but as the distance between me and that night has grown, a fuller picture has come into view that leaves me utterly indebted and grateful to the events that came to pass.

The night of April 16th was a rude awakening to a reality that demanded and ignited an important part of my healing—one that, in all likelihood, saved my life. I was blessed.

If we take it upon ourselves to see what inside of us they are pointing toward, all grievances become opportunities to heal and love ourselves.

When You Reframe Your Breakup as an Opportunity, Everything Changes