Every Great Dream Begins with a Dreamer
By Craig Ruvere 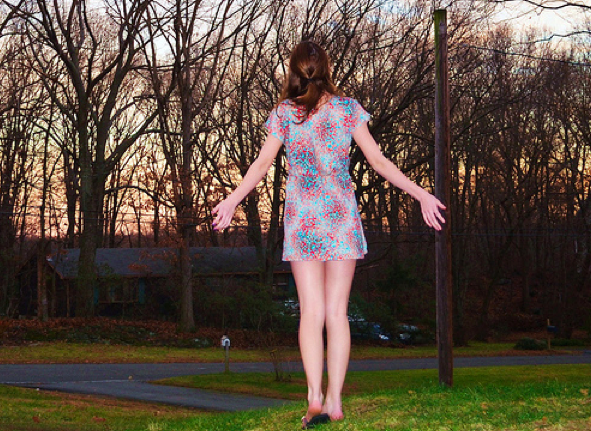 As a little kid I liked to dream—big, whether it was believing my red-Huffy bicycle would one day turn into a Transformer or convincing myself that as an adult I’d be spending much of my time in Hollywood hosting “The Price is Right.” As I said, I liked to dream big. I still do sometimes.

If we think back to our childhood, we all can remember a time when our dreams didn’t seem that far away from us.

I remember spending countless hours in my basement pretending I was a rock star on my make believe stage. There I’d be holding my microphone (nothing more than the cardboard tube from the paper towel roll) belting out song after song from a collection of 45’s.

Truthfully I never really did sing as much as I bounced around like other rockers I saw on television. Yet I still believed there was always a chance that one day I’d be singing on stage with the best of them.

Well, puberty fixed that for me. And while my wife believes my voice isn’t half bad, I couldn’t really carry a tune if it had handles on it. Though I still like to pretend when I sing along with the car radio—windows closed of course.

Whether you’re a kid or an adult I guess there’s never really a shortage of big dreams in this world. Why should there be?

I mean what’s the harm for a young ball player to dream that one day he’ll hit the most homeruns of any major league baseball player or the high school actress who fantasizes about having her name on a Broadway marquee?

And what about the frustrated adult who dreams of a career that inspires their heart and soul rather than simply pays their bills?

Woodrow T. Wilson once said “We grow great by dreams. All big men are dreamers. They see things in the soft haze of a spring day or in the red fire of a long winter’s evening. Some of us let these great dreams die, but others nourish and protect them; nurse them through bad days till they bring them to the sunshine and light which comes always to those who sincerely hope that their dreams will come true.”

Sadly, we all begin to see the world for what it is as we go from dependent child to independent adult. The dreams we once had get crushed by life’s realities and unplanned circumstances.

I recently overheard a conversation from a group of middle agers who felt they were too old to have hopes and dreams anymore. That dreams were for kids who still believed in fairy tales and Santa Claus.

It dawned on me that this small group of adults was echoing sentiments probably felt by many, and certainly attributing to the pessimistic attitude we’ve adopted today.

Believe me, I understand how life can be daunting at times—unfair and cruel even. Life could be compared to the Olympics—diversified in its participants and never lacking in its challenges.

Going for the gold is not always easy when the competition of everyday life can cause even the most motivated competitors to give up on their dreams.

Everyone plays, some give up before ever starting, and others will spend a lifetime trying to succeed.

But the opportunity exists for all of us to claim victory.

Sometimes I’m amazed that I’ll be 37 years old this year. There are times I sit back and think of all the things I thought I’d have accomplished by now, which does nothing but put me in a funk for the rest of the day.

But then my wife, whom I’ve been honored to be married to for the last ten years, reminds me of all the blessings I have been given. Dreams that have actually come to fruition and yet are so often overlooked.

For me I’ve had the good fortune to work on two Off-Broadway productions, I’ve won awards for my songwriting, screenwriting, and graphic design work, for almost 10 years I had my own newspaper column and found unconditional love with a woman I never thought I deserved.

They all were dreams fulfilled and they should never be forgotten.

I’ve had some successes in my life, but I thought at this age I’d be further along in my career, both financially and professionally, have a few published novels under my belt, and maybe even a Grammy Award winning song or Oscar Nominated screenplay.

Yes they’re still dreams I guess and there’s no reason I shouldn’t keep on hoping and dreaming that someday they just might come true, just as the others did.

That’s the thing about dreams—they never expire unless you let them.

Life can be a continual challenge filled with unforeseen events we struggle to navigate through—no one is arguing that point. But the road can be made a little easier if you continue to foster the idea that dreams still beat in your heart.

Many times they’re buried under a sea of responsibilities and duties we frequently clutter our lives with, but they’re still there nonetheless.

Maybe it’s time to simplify your life, to take a look in the mirror and remember what it was like to hope and dream for the future. Ask yourself, “is there anything I can do right now?” Maybe it’s joining a local theater group, an amateur sports league, taking a cooking class or even enrolling on a dating site.

Our dreams might seem big at times, but the utter pleasure we receive by fulfilling them might be closer than we think.

No one can predict our fate, regardless of the fictitious picture we create in our heads. So why not think positively and continue to hope and dream with the childlike naivety we all abandoned so many years ago?

See if there are ways to make your dreams a reality, even on a much smaller scale. Believe me the personal accomplishment is worth more than the accolades.

As Harriet Tubman said “Every great dream begins with a dreamer. Always remember, you have within you the strength, the patience and the passion to reach for the stars—to change the world.”