The Experiences That Keep Repeating: Finally Learning the Lesson
By Rudy Castro 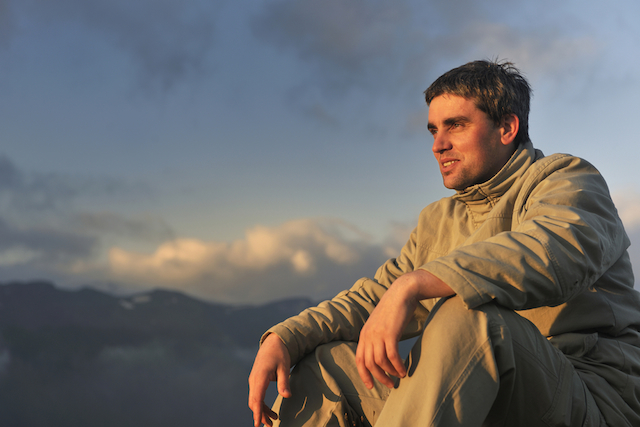 “Humbleness, forgiveness, clarity and love are the dynamics of freedom. They are the foundations of authentic power.” ~Gary Zukav

I love the way the universe doesn’t let us get away with anything. Its loving energy allows us to repeat similar life experiences over and over again until we learn that spiritual lesson. Lately, I have been having the most profound healing around my stepson James.

This one particular night, the universe was offering a chance to love my own father and forgive myself for how I treated my brother, through my relationship with James.

When he got home from his weekly visit with his grandparents, where he sometimes sees his father, James was a bit off.

“Hey James, can you get your jammies on please? It’s time to get ready for bed, buddy,” I said as nice and firm as possible.

Instead of listening and responding to me, he continued to play with his ninja turtle.

“Hey buddy, can you pick out your clothes for tomorrow and get your jammies on? It’s bed time.”

He continued to ignore me and his mother’s prompts to get going with his night business. Instead, he started asking questions about random things.

Five minutes later, with his negotiating skills increasing, I told him I was about to carry him to bed since it was time. He resisted, and when I placed him in bed, he cried, swung at me, and screamed profanities that would shock anyone hearing such language from a little person.

This is the moment I grew spiritually. I became a container. I held space for James. I didn’t run out the door. I didn’t prevent him, in the million ways I could have, from expressing those feelings. I didn’t emotionally shut off and hide.

I was beginning to see in James my own “inner child” that did not have his father in his life. I also began to see my little brother that I raged on and abused at times during childhood, releasing all the violence I saw in our home and in the streets around me.

James eventually began to wind down. He still flung his arms and legs at me and there were still random cuss words that trickled to one every few breaths. Sage, my daughter, was nervous this whole time and near the end was crying herself.

“Daddy, I don’t like when he talks to you like that. It hurts my feelings!” she exclaimed in tears.

“Oh, honey, he’s having big feelings. You don’t have to be afraid for me. You’re safe. I’m safe. He’s safe.” I tried to comfort her. She seemed to calm down a bit.

Part of our nightly routine is to remove their bad dreams. I do an animated show of pulling all the bad dreams from their head and swirling them around in my hands, tossing them out the window, and cutting the loose ties to their body. This night was no different. I was sticking to our regular routine.

I asked James if he wanted me to take his bad dreams out. He declined and sat with his arms crossed on his bed. “I hate you,” he kept softly repeating.

Sage wanted her nightmares out, so I continued as normal. I decided to be even more lovingly animated so James could see what fun we were having.

At the end they usually ask to take my dreams out and fill me with love. After blasting love in our chests we give one last strong push and it’s over.

This night, when Sage pushed my heart that final time, I flew back in a dramatic flare and fell to the ground full of love. I could see James unlocking his arms, and he had a small smile on his face. I got up and asked James one last time if he wanted me to take his bad dreams out.

He whispered something. “What did you say, buddy?” I asked.

“Yes, I want my bad dreams out,” he said calmly and quietly.

“Sure,” I joyfully responded.

At the end of removing his nightmares, he was his normal self, excited to blow me away with his love. He pushed me and I flew harder and bounced around the room.

What I didn’t expect was the greater healing. After, I lay on the floor waiting for them to fall asleep. I heard James whimper and softly cry. I got up and rubbed his back and legs and was silent for a long moment.

“You miss your dad, huh, buddy?” I asked gently.

He was curled up facing the wall and shook his head.

“I’m so sorry you didn’t get to see him tonight.”

I just stood there, caressing his back for a few minutes until he relaxed his mind and body. Then I lay down and cried.

I finally got it.

Love is the only answer. I forgave my own father on a deeper level in that moment. My brother and I needed our dad too. I did the best I could and failed at loving my father and not harming my brother. Now, I can forgive myself, and be a dad to James, Sage, and most importantly, to myself.

When we recognize that life provides countless opportunities to heal and develop unconditional love for those that fell short, we feel a sense of freedom.

With that comes humility to face our own spiritual lesson to overcome. If we take the opportunity, there is a release that is deep and everlasting. What spiritual lesson keeps repeating for you?

Man on mountain image via Shutterstock

Rudy Castro lives in Los Angeles. He is a holistic therapist, author, and raw vegan educator. His first book Guardian of a Gangster is a coming of age story about transformation. Currently, Rudy is working on a documentary about his family impacted by addiction and the journey into self-healing. Visit him at guardianofagangster.wordpress.com.