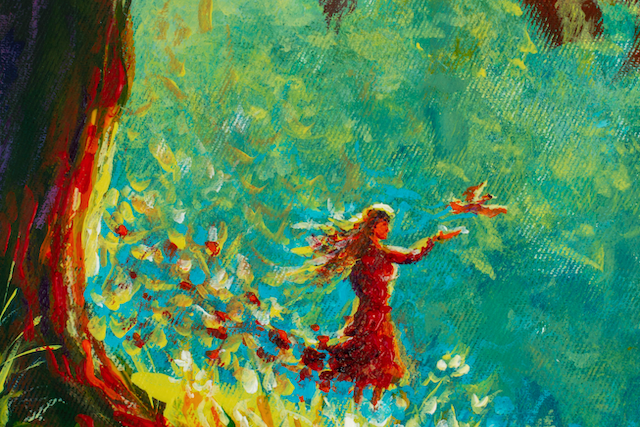 “Friends are the family we choose for ourselves.” ~Edna Buchanan

A few years ago I ended all contact with my parents, and I have not seen or spoken to them since then.

The truth is I am actually okay with that. Initially, I thought I was going to lose my mind. I had been brought up to believe that family comes first. Children should respect and take care of their parents. Family should—and will—always be there for each other.

Those beliefs were based on love, and I cherished them.

I wanted so much to feel that connection—that unconditional love those beliefs promised. It was never there.

Our lives were filled with so much fear, pain, hurt, betrayal, and lies. Manipulation and deceit were at the core of our home.

I told myself that all families have degrees of dysfunction, and our family was no different. I could not allow myself to believe that our family was different. I believed that one day my parents would realize what they were doing and change. I desperately wanted their love and approval.

On the night when my husband and I ended up inside a police station explaining why I thought my father was about to come to my home and hurt me, while my two grown sons waited in the car, I realized I had to wake up.

My fantasy was over. I could no longer go on pretending our family was just like everyone else. That night I said my last goodbye to my mother as she lied to protect my father. The next day I spoke the last words to my father as he screamed into the phone repeating the lies from my childhood. It was over.

Giving up the hope that things would get better was the hardest part. I was terrified that I was doing the wrong thing. I thought I was being a bad daughter. I was going against every cherished belief about family.

It broke my heart to know that my life had been based on an illusion. The picture I had created of my parents was shattered. They had never been there for me, and they never would be.

I had lied to myself to protect my fantasy and keep them in my life. Now I could no longer do it.

Over time I began to understand why I had fought so hard to live out the lie, and I began to forgive myself for not being brave enough to stand up earlier.

One of the problems was my belief that family were always there for each other. That was the cause of my pain and my guilt. The fact that I no longer had them in my life meant that I was going against a code I held close to my heart.

I had to modify that belief. I had to change my definition of family. It was no longer those to whom I was linked by blood. My family now became the friends who had been there the whole time. People who I knew I could count on when things went wrong. That was never my parents.

I also realized that I was afraid I was not lovable. In my mind if my own parents could not love me, there had to be something wrong with me.

I did everything I could to minimize disagreements between us, keeping quiet just to keep the peace. I knew that if I spoke up we would argue, they would get mad at me, and they would not love me. I failed to realize that this was something I only experienced with them.

It was hard work just to be around them. I was always on edge, cautious, and scared. That was not a loving relationship. I came to accept that if they could not love me, it didn’t change anything about me. I had created other loving relationships around me, and they were the scaffolding holding me up.

My first Christmas after was hard. I had always gone to my parents’ house to live the fairy tale of being surrounded by love.

It was always hard to ready myself for those days. We would act out the roles of happy family, hoping in some way that was our truth. It wasn’t. I had no idea how tense I was at these interactions until I no longer had to do it.

Part of the hurt was that I now had no tradition, so I decided to start a new one. Christmas is no longer a day of obligation. I now spend it with the people who are my true family.

I’ve come to realize that the love I had for my parents was based on a childhood need for safety and security. I had to see them as the parents who loved me, despite the things they did. I could not accept that the people responsible for my well-being were also responsible for my suffering.

So much of the world I had created around my parents was simply not real. I have had to accept that truth and move on with my life.

One of my fears was that by breaking contact with my parents, I was setting an example that my sons could repeat with me. I’d like to think this won’t happen because of my parents.

The pain of my childhood taught me how important it is for a child to truly feel loved, safe, and cherished. I’ve tried to live that truth with my boys. I don’t know what the future holds for us. I can only hope that the love I’ve shown them will have created a space in their hearts where I will always be thought of with love.

I try to imagine how I’ll feel when I find out that my parents have died. I honestly don’t know. I’m sure that part of me will be sad that we did not have a better ending. However, I know in my heart of hearts that I tried for over forty years to make it work. In the end, it just wasn’t enough.

My parents were never who I thought them to be. I have had to let it all go. The fantasy of the perfect ending with them is over. I am setting out on a new horizon where I have redefined my world.

As abused children, we may feel that it is somehow our responsibility to fix the broken parts of our family. It’s not. Sometimes there is no fairy tale ending where our parents realize how truly wonderful we are.

The hard part is recognizing that and moving on. Sometimes it’s the only way to find real peace. It’s heartbreaking. It’s not easy. Finding and surrounding yourself with people who truly care for you is your gift to yourself. You deserve that. You will be okay.

I no longer believe that I have lost my family. I have only now finally recognized who they truly are.