Fellow Dreamers: If You Feel Like a Fool, You’re on the Right Track
By Ehren Prudhel 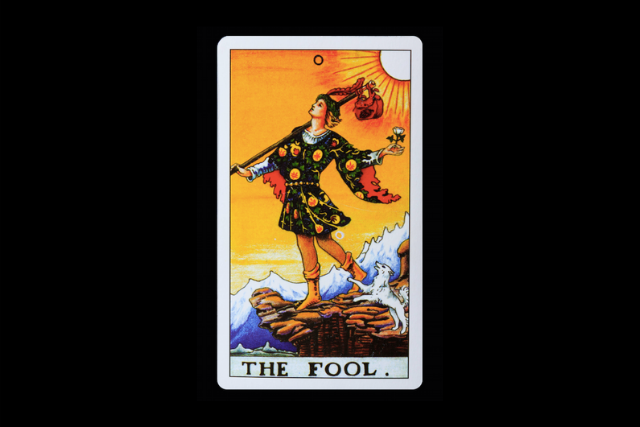 “Move out of your comfort zone. You can only grow if you are willing to feel awkward and uncomfortable when you try something new.” ~Brian Tracy

My life, no different from many, has had some successes but also many setbacks and outright failures. I suppose this is just another way of saying I’ve lived.

The problem is that I’ve allowed my mistakes, errors, and failures to hold me back.

I’ve never mentioned this to anyone before. Not my mother, brother, best friends, my girlfriend, or even a random person I’ve met in another country who would never see me again nor remember my name. Why? Because I was a fool and I’m ashamed.

I’m ashamed, not because I’ve made a fool of myself, but because I allowed it to rob me of what could have been.

In college, which now seems like forever ago, I decided I would finally act on my musical impulse. I had long loved music, and nearly anything that could be played on a guitar. I had finally decided I would take one step to learning how to play.

So, with one of my elective credits, I enrolled in a Guitar 100 class. I didn’t rent a guitar, just in case I didn’t like it. I’ve always been in the habit of just jumping into things, perhaps a little too recklessly. I get excited! I just bought the guitar, a big ole case, a box of picks, then rolled into class, wide eyed, dreaming of the day when I would play my favorite songs, or better yet, write and play my first hit.

It was a night class, and it was the first one, so the class was packed. It was in a large room, there must have been sixty or more people. Everyone had a guitar in hand.

The instructor showed us a few basics, such as where to position our fingers. Then, he said to the class, let’s do the fun part; let’s strum.

Well, everyone but me.

I was so excited, off in my own world of acoustic joy, that I missed the instructor’s signal to stop. The result was fifty-nine other silent guitars, and me strum, strum, strumming away.

Once I noticed I was the only one jamming, I quickly stopped, but the class laughed.

They weren’t being mean. In fact, it was funny. Years removed I could see, as if it were part of a movie scene, how funny it would be to have a guy in Guitar 100 jamming with his eyes closed as if he was on the verge of becoming the next Clapton, while everyone else was awaiting their next lesson.

But at the time, it felt devastating. I’d made a fool of myself, and they all saw it. I thought to myself, I can’t go back to this class. I’m a rookie, bound to make more mistakes, bigger mistakes, even more embarrassing mistakes. I couldn’t sit next to the same people again, and wonder what they were thinking.

I never played the guitar again. My new guitar went straight into storage. I finished the class that night, but never went back. When friends or family asked me why I stopped, I would say, well, my fingers hurt. I have soft hands, and I didn’t have time anyway. That was true, but it wasn’t the truth.

I’ve never been so ashamed. Not for making a fool of myself, but for quitting over something so ridiculous. What would life have been like if I’d learned how to play?

I let the cascading rumination and fears and insecurity rob me of what could have been. I used a simple mistake as an excuse to quit and took my shame and ran away.

I’ve been thinking a lot about the guitar recently because I’m now trying to do something that matters again.

Very soon I’ll submit my new podcast to iTunes, and soon after that, I’ll launch.

It almost didn’t happen. The process wasn’t easy. In fact, I’ve looked like a fool a few times. I’ve been considering a podcast for a couple years. In fact, I’ve had the URL for Next Creator Up for over a year. I even conducted one of my interviews six months ago.

I’ve nearly quit, multiple times. I’ve had a lot of excuses, some truer than others. There are nearly a million podcasts, why would someone listen to mine? It’s not unique enough; it won’t stand out. I’m not an expert. I’m not funny, successful, interesting, I’m not “fill in the blank.”

I’ve wanted to be a host since high school. I grew up listening to sportscasters and watching The Tonight Show. They got to discuss cool ideas, interact with inspiring guests, and tell fun stories.

That has been me without a mic. I love talking with people, listening to their stories, and learning from their experiences.

But just loving something and wanting to be something are not enough. You’ve got to be willing to push past feeling like a fool.

My first guest had to listen to me “ah” and “um” myself into incoherent statements, followed by ridiculous questions. Thankfully you can edit a podcast.

Another guest saw that I didn’t press record, after my illustrious introduction. Rookie mistake.

But every time I’ve interviewed a creative professional who has put themselves out there—put their ideas, thoughts, and feelings on the line—I’ve been inspired. I’ve learned something from each guest I’ve interviewed so far, but more than that, they’ve kept me going.

I was once working on a screenplay where the mentor character said to the protagonist, “If you’re afraid to bomb, you’ll never blow up.”

I never realized until recently that that was meant for me. Also, it should come as no shock that because that script was so personal, I was afraid to finish it. And, yes, the main character played the guitar.

More than anything in life I’ve been afraid to put myself out there. To be vulnerable publically. I could talk to anyone, but not with a mic. I could make a crowd laugh, but not on cue. I could act, but not on camera. When it mattered, I didn’t show up.

I would always tell myself that the next time, I would do it. I would make it happen. There was always a next time. I let myself of the hook.

I suspect I’m not the only one who’s done this. No one wants to feel exposed or open themselves up to judgment. No one wants to show how much they care—to put their heart and their passion on the line—and then fail, publicly.

So we hide. We hold off. We wait for a better time. The perfect time. As if that’s really a thing.

We sit clutching our creative scars—the harsh words from unsupportive people, the bad experiences, the false starts and failures, all the times we’ve felt foolish—and we use it all as an excuse to hold ourselves back.

We don’t want to feel those uncomfortable emotions again. But those emotions are the gateway to beauty, innovation, and fulfillment. Not just fulfillment for us, but for all the people who’ll be inspired by what we have to share. People whose lives could be changed for the better because of us, if only we pushed through our initial discomfort.

I want to push through that discomfort. I want to show my passion, because everything beautiful in this world came from someone who cared more than they feared. Or at least acted like they did.

Next Creator Up is the living embodiment of what I hope to be and whom I’ve been running from. It’s a call to arms. The path of most resistance that I’ve been resisting. It is the hardest thing I’ve ever done. But I’m doing it.

It’s April Fools’ Day, and we are bound to hear of or be a part of a fun, practical joke or zany gotcha, or be party to or even the victim of a prank. And it’s all in good fun.

But for the rest of the year, if you feel like a fool, I hope you know you’re not alone, and I hope you don’t give up. I hope you play your music, make your art, and explore your passions and talents.

So today, let’s agree to be okay with feeling or looking a little foolish.

Instead of being ashamed for strumming a little too long, or tripping over our words, or doing whatever we do imperfectly, let’s see it as a sign we’re on the right track, because we’re showing up and putting ourselves out there. We’re pushing through our fear, knowing it’s the only way to be the people we want to be and do the things we want to do.

Ehren Prudhel is the founder and host of Next Creator Up, a podcast that features inspiring and innovative creatives. He's an on-again, off-again creative himself, and co-founder of Tiny Buddha Productions and the popular online course Recreate Your Life Story. In his spare time, he travels, sings enthusiastically off key, and attempts humor. He's better at singing than humor.

A New Podcast for Creative People, From Tiny Buddha Productions

Happiness Comes to Those Who Live Their Calling