Finding What We’re Missing: Our Lives Are Already Complete
By Haiku Kwon 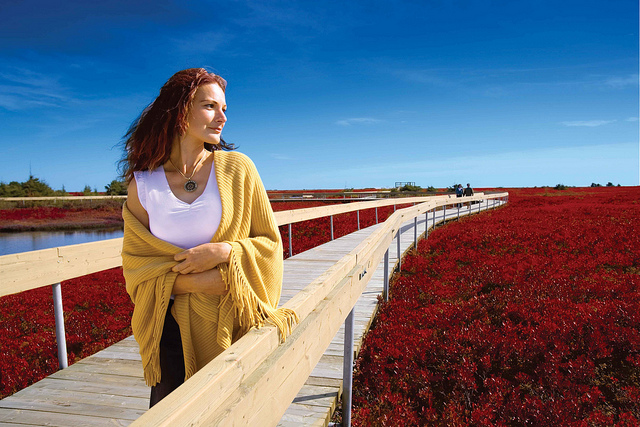 “Each day is a journey, and the journey itself is home.” ~Basho

Family for me has been an evolving idea. I was adopted from Seoul, Korea when I was four months old. After a few months in an orphanage, family started off simply as the people I grew up with.

Raised in South Central Pennsylvania with a Caucasian family in an area where diversity was lacking, to say the least, I remember receiving looks from some people when my older sister introduced me as her baby sister. They would tilt their heads to the side and say, “Are you sure?”

Adding insult to injury, my adopted mother passed away when I was thirteen after years of complicated health issues. She was the most vocal about how much she loved me, wanted me, and protected me when she caught anyone directing their fearful insecurities my way.

Losing her was one of the most difficult experiences I’ve ever had to deal with. Losing my best friend after a cliff diving accident in college was the next. The two people who embodied family and home for me were gone.

I spent many years angry, bitter, and confused as to why my biological family gave me away only for me to land in a family where I would experience a death nearly every other year from the time I was five years old, along with many other traumas and heartbreaks.

During middle school, I had determined it was necessary for me to see the files the adoption agency sent with me when my parents adopted me. To this day, I can’t tell you why I did it. I suppose even at that age I knew I needed some way to find a sense of belonging somewhere.

Those files told me that the reason for relinquishment was that my family “couldn’t afford to have the baby abort.”

It was shocking to know that I had two older sisters, and their decision to give me away was the end result of not having the money to wipe me out. It wasn’t until a decade later that I would find the heart of the truth to the story.

While I was in college, I decided to contact the adoption agency to attempt to find my family. I expected the agency to come back and say that they couldn’t find them, they died, or they didn’t want to be found.

I never thought I’d receive a three-page letter written by my father a few days after I was born with the expectation that I would one day come looking for them.

I was in shock. There had never been any intention to abort me. My father had written that they wanted me to be sent to a place where I would know I didn’t belong; they wanted me to find them. When it all sank in, I was angry.

I spent so many years struggling to belong, and here these people had intentionally orchestrated this so that I would find them to help assuage their guilt for giving their child away.

My father and I exchanged a few short letters and emails, but communications slowly tapered off for quite some time. Not being able to speak each other’s language added extra weight to all that needed to be said, but could find no outlet.

Another ten years later, I felt the urge to reconnect (again), so I found a translator to make communication easier, sent my father an email, and now my father and I are addressing some of the heart ache on both ends.

What are the lessons from all of this displacement and heartache?

So often we get tied up in believing that one day we will find that magical person or place that will give us a sense of belonging, but I’ve long since abandoned that idea.

I’ve learned that there is no “arriving” because every day is a new adventure, and each moment brings its own tiny revelations of what family, home, and belonging mean.

Through my search for home, I’ve only just begun to learn that life itself is home. Every person we meet, every place we go, every encounter we have holds a lesson, a piece of the puzzle—a piece of ourselves—that shapes and reflects who we are.

We don’t always get to pick who and what we encounter, but we can decide how it will affect our lives.

When we stop expecting our lives to be a certain way, we find that there is nothing missing, even when it seems as though we’ve missed out on what so many others have had. Their stories are not our own.

Our lives are as complete as we want to see them.

Home is in each moment I’ve remembered to be grateful for every step of my journey.

Haiku Kwon is an avid wanderluster who has been a barista, bartender, logistics specialist, yoga instructor, and counselor in her different lives that have taken her all over the world. She has yet to figure out what she wants to be when she grows up. You can follow her story at Life's A Risk... And I'm All In. She would love to connect with you on Facebook or Twitter.